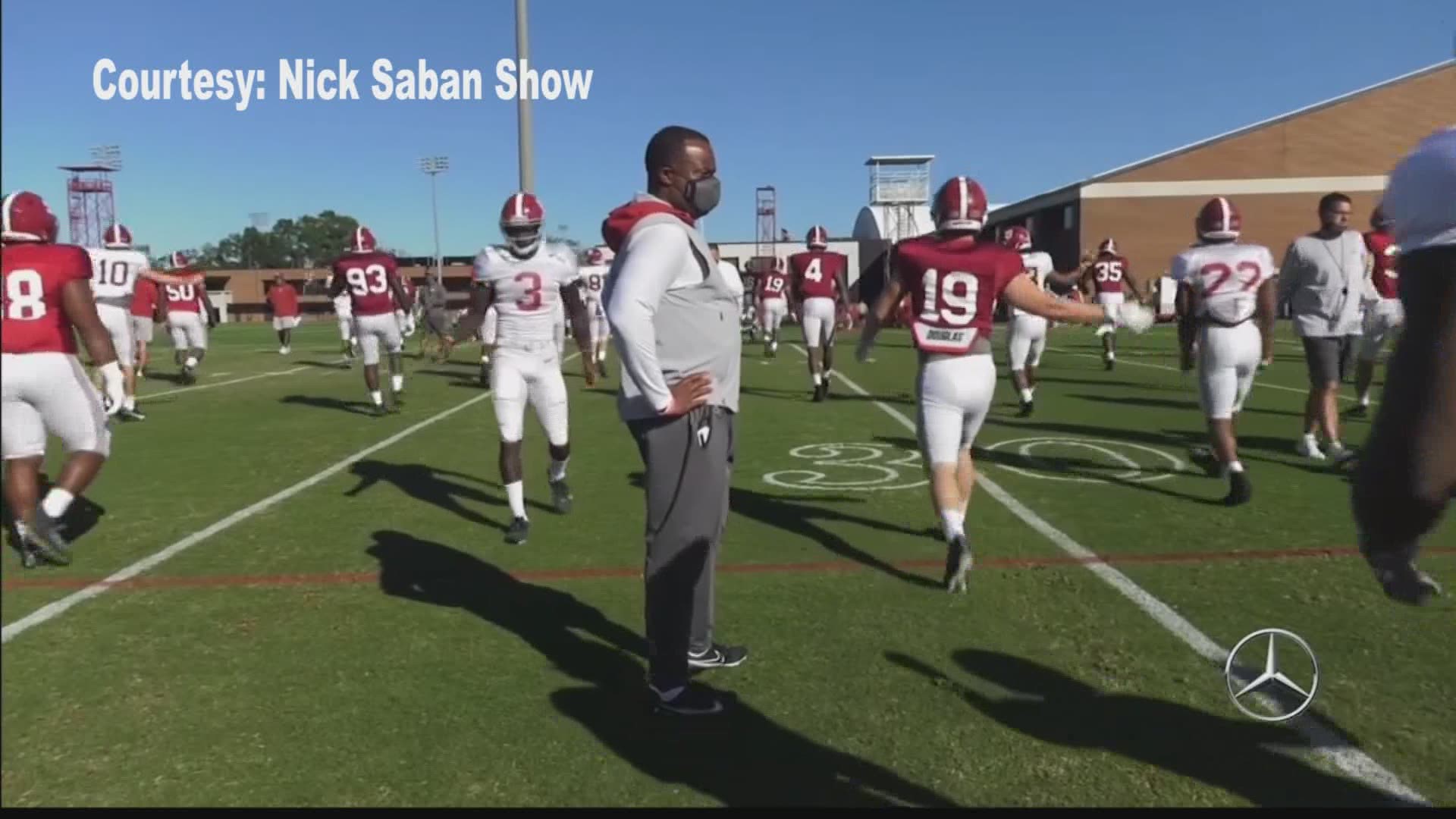 Huff just finished his second year with the Alabama Crimson Tide and earlier this week helped lead the team to a victory in the 2021 College Football Playoff National Championship versus Ohio State University.

Marshall President Jerome A. Gilbert said, "This is an exciting day for Marshall University football and I can't wait for Coach Huff to get here. He is going to energize the Herd fanbase and I know folks are going to love him and his style of football. I appreciate all the work of the search committee over the last week or so. Their dedication to Marshall and commitment to the process helped us land the very best candidate."

Known as an elite recruiter and developer of talent, staff for the past two seasons. Saban's Huff's proven track record has bolstered Alabama head coach Nick

Athletic Director Mike Hamrick said, "We are thrilled to have Charles Huff as Marshall's new head football coach. We believe Coach Huff will build upon the proud and rich tradition of Thundering Herd football and elevate the program to new heights. We can't wait to get to work on moving our program forward. The future of our great university is very bright."

Huff's season in Starkville produced an effective rushing attack that averaged 223.6 yards per game to rank second in the SEC and 20th nationally. Kylin Hill and Aeris Williams carried the load at running back, averaging 6.3 and 6.2 yards per carry, respectively, while quarterback Nick Fitzgerald led the team in rushing with 1,121 yards and 13 touchdowns.

Huff said, "My family and I are so excited to be joining the Marshall University football program. The history, tradition and passionate fan base this university has is second to none. To the current players, former players, fans and supporters, it's time to unite like never before. We've got work to do and we need everyone working together to take this program to the next level! The process begins now. We Are Marshall."

Saban said of Huff, "We couldn't be any happier for Charles and his family. He has done an excellent job for us, and we are pleased and happy to see him get the well-deserved opportunity to run his program. We always want our coaches to grow and advance in the profession and Charles has worked very hard to earn this opportunity. We truly appreciate all that he has done to contribute to the success we've had at Alabama and wish him the best at Marshall."

A native of Denton, Maryland, Huff spent four seasons (2014-17) as Penn State's running backs coach and special teams coordinator. He recruited and developed one of the game's most electrifying players in running back Saquon Barkley, who in 2018 became the highest drafted NFL running back since Reggie Bush went No. 2 overall in 2006.

Numerous records fell at the running back position and on special teams under Huff's guidance at Penn State. Barkley, a 2017 consensus All-American, became the first Big Ten running back in history to win Offensive Player of the Year honors twice.

The 2016 campaign saw the Nittany Lions claim the Big Ten Championship and it was Huff who mentored two record-breakers. Barkley broke the Penn State sophomore record for rushing yards, all-purpose yards and points scored, while junior kicker Tyler Davis collected All-Big Ten first-team honors after tying the league's single-season record for kicking points, and breaking the school record for field goals by a junior and consecutive field goals made.

Huff recruited Barkley to Penn State, and the running back's freshman season in 2015 was spectacular, with the Freshman All-American breaking the school's single-season freshman rushing record.

Huff spent the 2013 season at Westem Michigan as the running backs coach and helped the unit nearly double its rushing yards from 2012. The Broncos ran for 1,394 yards in 2013 after running for just 735 yards the year before.

The 2012 season saw Huff in the NFL as the assistant running backs coach for the Buffalo Bills. He helped C.J. Spiller to his first career 1,000-yard rushing campaign and a Pro Bowl invitation.

In 2011, Huff was on James Franklin's 2011 staff at Vanderbilt as the offensive quality control coach. Huff and Franklin also worked together at Maryland in 2009, when Huff was the assistant offensive line coach. Huff also mentored NFL first-round pick Dominique Rodgers-Cromartie as the tight ends and special teams coach at Tennessee State from 2007-08.

Huff graduated in 2005 from Hampton University, where he served as a team captain, starting 12 games at center as a senior in 2005. He also played guard, fullback and tight end in his career.

Huff, 37, will be joined in Huntington by his wife Jessica and son Bobby.

I want to thank Coach Saban, Ms Terry and the entire ALABAMA Football Family for an amazing ride these last 2 years! This program has allowed me and my family to experience some unbelievable highs! From the bottom of my heart THANK YOU to every player, coach, fan & supporter #RTR pic.twitter.com/Pgh3FY67r9

The appointment is pending contract approval by the university's Board of Governors. The board will meet virtually in an emergency meeting Monday to approve Huff's contract. The Athletic Committee will meet at 9 a.m., immediately followed by a meeting of the full board. The call-in number for both meetings is 304-306-8725 (Phone Conference ID:  141 009 550#).

A virtual press conference to formally introduce Huff to the Thundering Herd community is being planned. More information will be shared when details are finalized