This week is the week all high school football teams dream of making it to the AHSAA Super 7. Only two of our local teams remain and will be playing for that st... 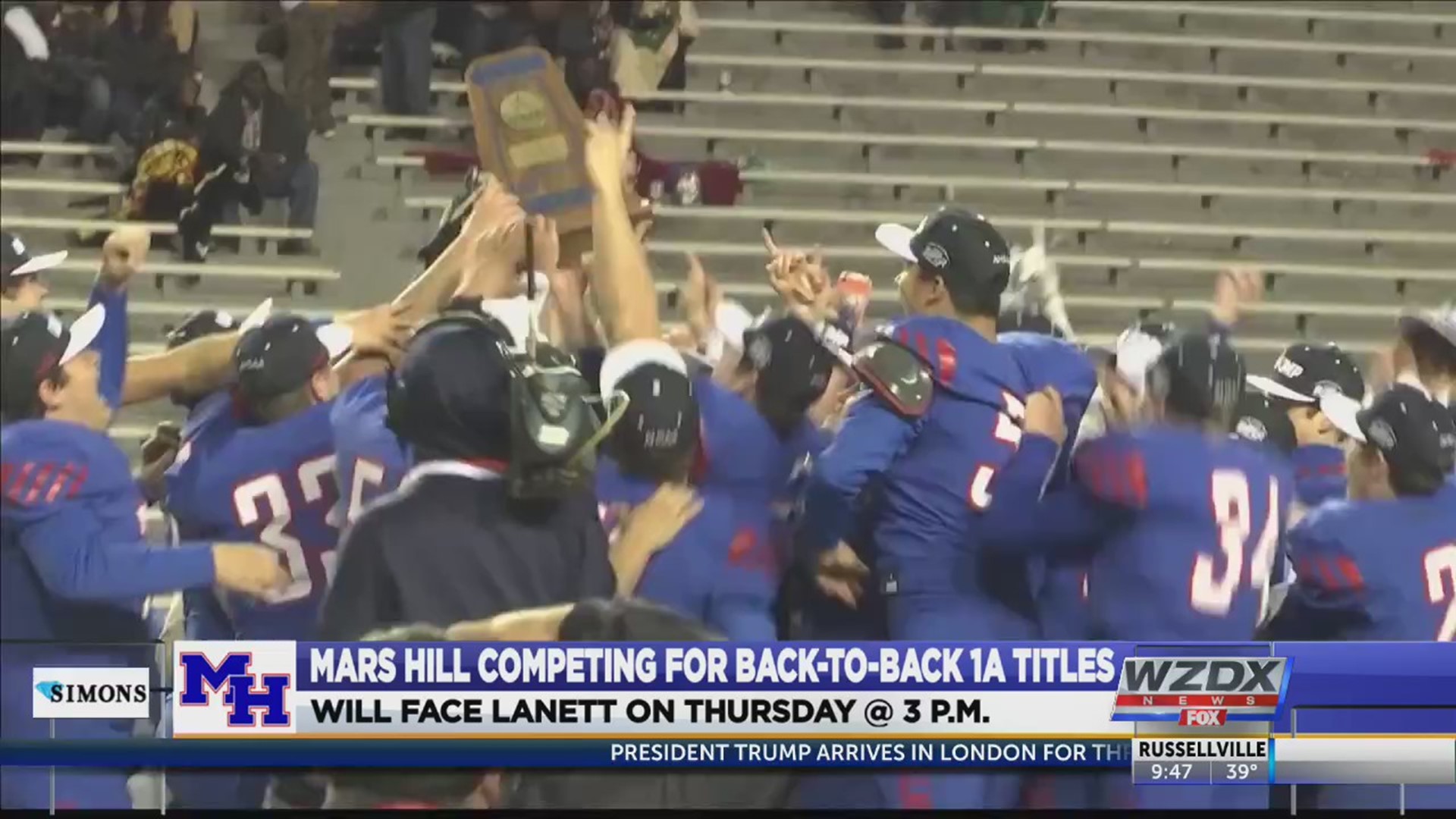 This week is the week all high school football teams dream of making it to the AHSAA Super 7.

Only two of our local teams remain and will be playing for that state title both are the defending state Champions in their respective classes. The Mars Hill Panthers and the Fyffe Red Devils.

Today I’m out here in Florence to catch up with the panthers before they head of to compete for their second straight state title.

“It’s real exciting we just can’t wait to get back out there and play again our guys work so hard for it and it’s something we’ve been looking forward to,” says Coach Darrell Higgins.

You know that saying it’s hard to get to the top but it’s even harder to stay there? I feel like that hasn’t been the case for the defending state champions Mars Hill . This season they’ve been completely dominating their opponents.. winning their games by an average of 35 points.

But in last weeks semifinal game it was a little bit of a different story for them as they beat Pickens county by just 4 points..

“We needed that and we’ve been looking forward to a fourth-quarter game,” says Higgins. “I thought our guys responded well and hopefully it will be something that will help us moving forward.”

The Panthers Wing-T offense has undoubtedly proven to be a challenge for their opponents. Junior running backs Peyton Higgins and Justus Mcdaniel both have rushed for over 1,000 yards this season.

They’ll be going up against a pretty good defense in Lanette this week a team who’s shutout 5 of their opponents this season.

“They have a lot of athletes and they’re really good defensively so and they tackled really well so we will just have to step up,” says Logan Mcinnish.

“Two years in a row it’s unbelievable,” says Walker White. “I’m just extremely thankful for this opportunity I mean so much work has gone into just giving us an opportunity to be in this game and I’m just going to soak it in and enjoy it.”

Kickoff for the game is at 3 PM at hare Stadium against Lanett.