Bob Jones offensive lineman Maddox Sunderman has found success on both the gridiron and wrestling mat. 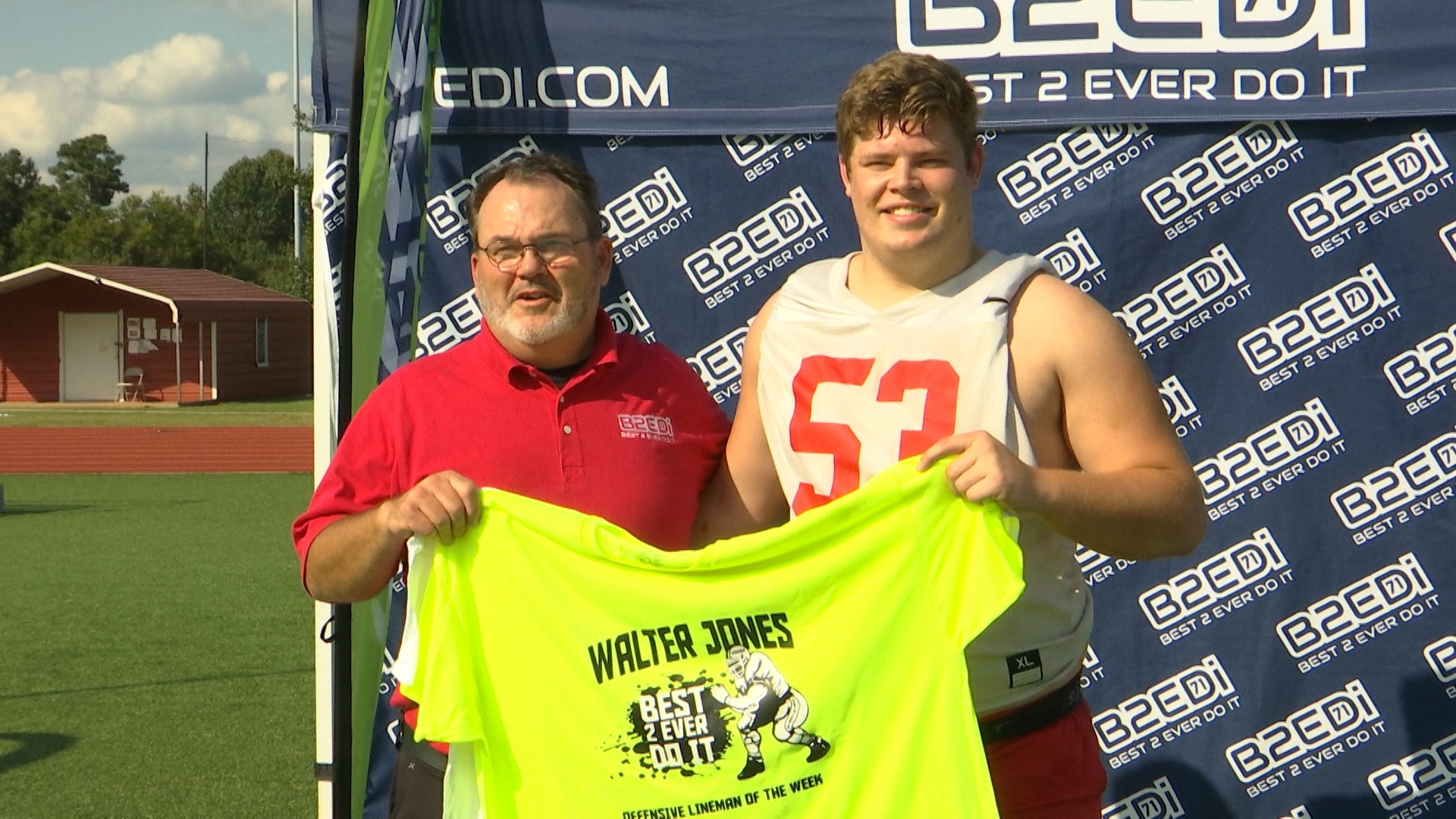 The Bob Jones Patriots got off to rocky start in the 2021 season as they dropped their first two games by one possession. But by week 3, things started to change.

After that, the Patriots' offense went on a tear; averaging 38 points per game and the success can be credited to the play of the men up front.

"Honestly, its all about teamwork," said Maddox Sunderman. "We could not have done it without anyone else. The QB and running backs trusted us and we trusted them."

Anchoring that o-line for the red, white, and blue is Maddox Sunderman. The 6-foot-4, 305 pound o-lineman can be seen playing just about every position on the line for the Patriots. When the Patriots need a pick me up, you can always count on Sunderman to lead by example on that offensive front.

"I don't think we can do anything else without the o-line," says Maddox Sunderman. "We have some younger guys but they have the most heart on the team. They actually push most of us."

Congratulations Maddox Sunderman (@MaddoxSunderman) on being named the Walter Jones Best 2 Ever Do It Offensive Lineman of the Week!#RISE | #weareBOBJONES pic.twitter.com/MC4H77zkyh

For his efforts, the FOX 54 Sports Team along with B2EDi selected Maddox Sunderman as the newest winner of the Walter Jones Offensive Lineman of the Week. Not only is Maddox a leader on the football field, he also leads by example with his second love --- wrestling. Maddox performs well on the mat and he's preparing the next generation of wrestlers at the Bob Jones' feeder school.

"Our O-line coach is actually the wrestling coach, says Maddox Sunderman. "So he got me during 8th grade and it's always helped with the footwork that I use being on the O-Line. We have club wrestling on Monday, Tuesday and Wednesday. So I'll go down there after practice or during the off season."

So congratulations to Maddox Sunderman once again for taking home this award. He will be joined by the other winners next month at the year end banquet.