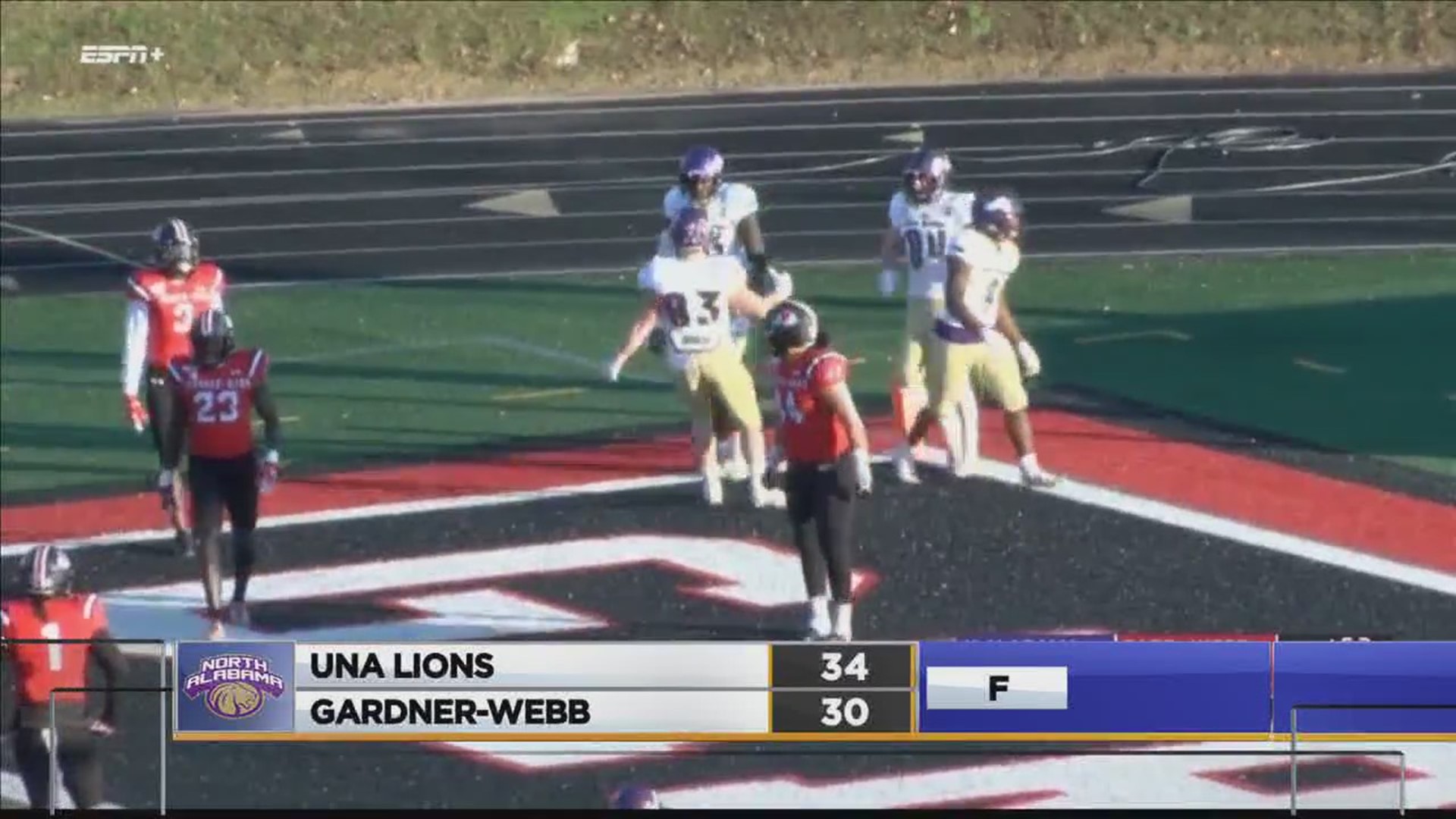 Lopez’s 16-yard touchdown pass to Dexter Boykin with 1:57 remaining gave the Lions (4-7) just their second lead of the game.

Gardner-Webb (3-8, 1-4 Big South) took a 20-0 lead on three first-half touchdown passes by Kalen Whitlow. Two of the throws went to Izaiah Gathings who had 12 receptions for 143 yards.

Lopez quickly got the Lions back in the game, throwing a 13-yard touchdown pass to Boykin. The two connected three times for 42 yards on the 8-play, 59-yard drive. North Alabama forced a three-and-out and the Lions quickly scored, Jaxton Carson finishing a 38-yard drive with an 8-yard touchdown run. Gardner-Webb led 20-14 at halftime.

Lopez threw second-half touchdown passes of 61 yards to Andre Little, 14 yards to Jakobi Byrd and the game-winning 16-yarder to Boykin. Little had nine receptions for 183 yards and Boykin caught nine for 125 yards.

Whitlow completed 29 of 45 passes for 288 yards and four touchdowns with one pick.

North Alabama is transitioning to Division I and although the Lions play a full Big South schedule, their games do not count in the league standings.