Bob Jones alum John Murray was ranked number one in the pentathlon this season, now he's preparing to head down to Auburn to compete with some of the best. 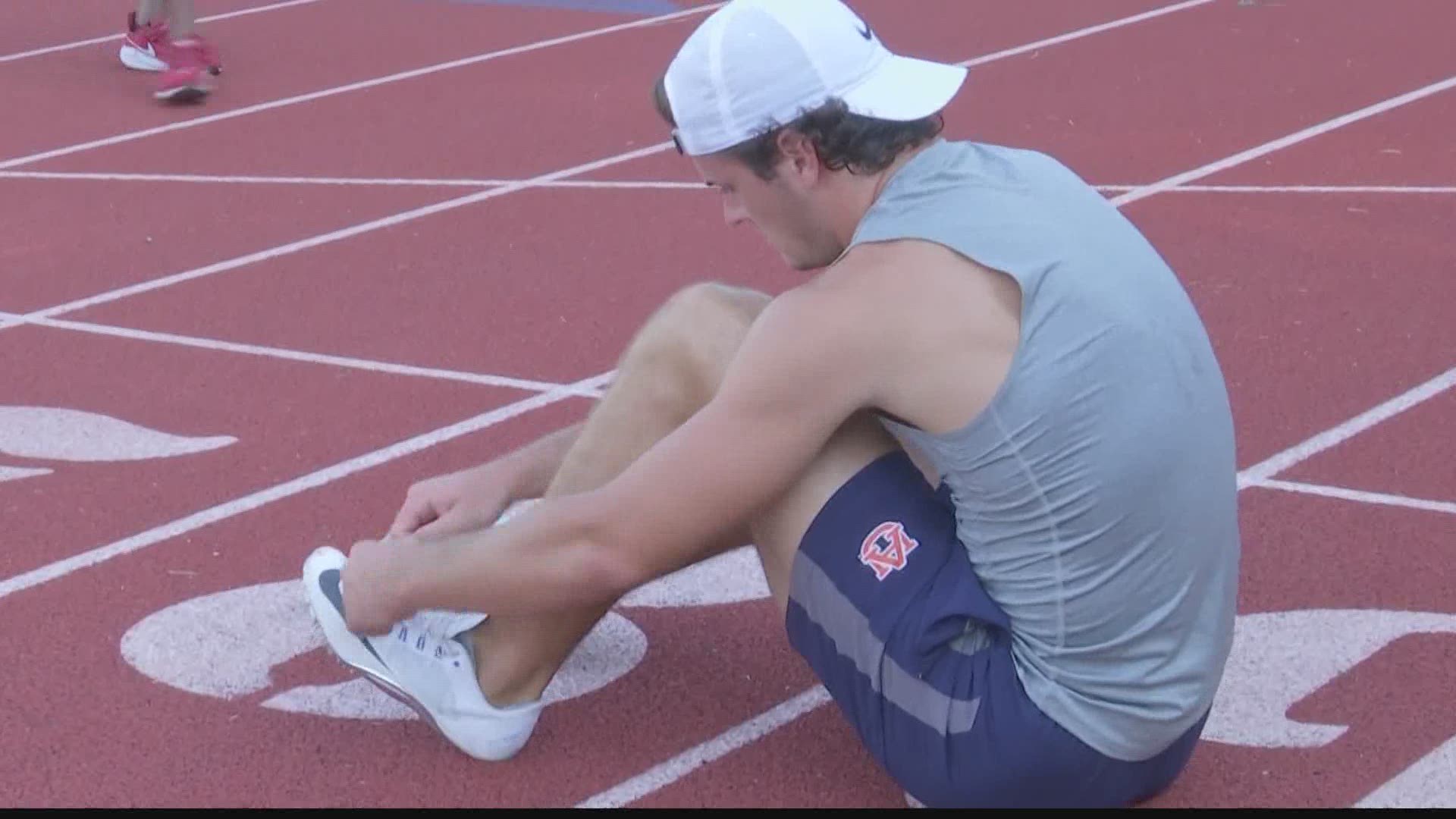 MADISON, Ala. — Bob Jones alum John Murray is gearing up for his first year as a Division 1 track athlete.

Murray has always had his eyes set on becoming an Auburn tiger, but before he hits the plains he's working out with some old teammates.

"Us five, we like carried the team like every single track meet," said Jackson State's Hanif Muhammad.

Murray is a name many track athletes are familiar with in Alabama. Two years ago, he began training for the pentathlon/decathlon and already he's proved his talent. This year was his year to really breakout, and luckily he was able to do so before the pandemic shut everything down.

His indoor season was one for the books. Murray recorded a state record and took home the state title in the boy's pentathlon with a score of 3,772, which was 581 points over his competitors. That number even landed him the number one spot in the country for his age group in his event.

Murray was looking forward to breaking records for his final high school outdoor season, but those dreams were cut short due to the pandemic.

"I was trying to break the state record in the outdoor decathlon, but our outdoor season was cut short so that didn't happen," he said.

But now he is moving forward and gearing up for the next level with some guys who have been there since the beginning.

"We got really close when he learned how to 3-step, and I didn't and we've just been competing ever since," said former teammate Matthew Weaver.

Weaver has been helping Murray prepare for his first season in the Southeastern Conference (SEC), since he is also a track athlete at Murray's rival school, Alabama.

"If we're in the same race, it's going to be the same as it was before, very competitive, but at the end of the day it's like we're brothers," Weaver added.

Weaver and Murray have been staying in shape with their former Bob Jones teammates, Shafi and Hanif Muhammad who compete track at Jackson State University and Xavier Wright who is getting ready to compete at Tuskegee University.

Murray, along with his former teammates are optimistic that the pandemic will not impact the track season too much. In the meantime, they plan to continue working out together until they leave for the Fall semester.