HUNTSVILLE | The No. 16 University of Alabama in Huntsville men’s basketball team moved to a perfect 10-0 at home this season, cruising past visiting Miss... 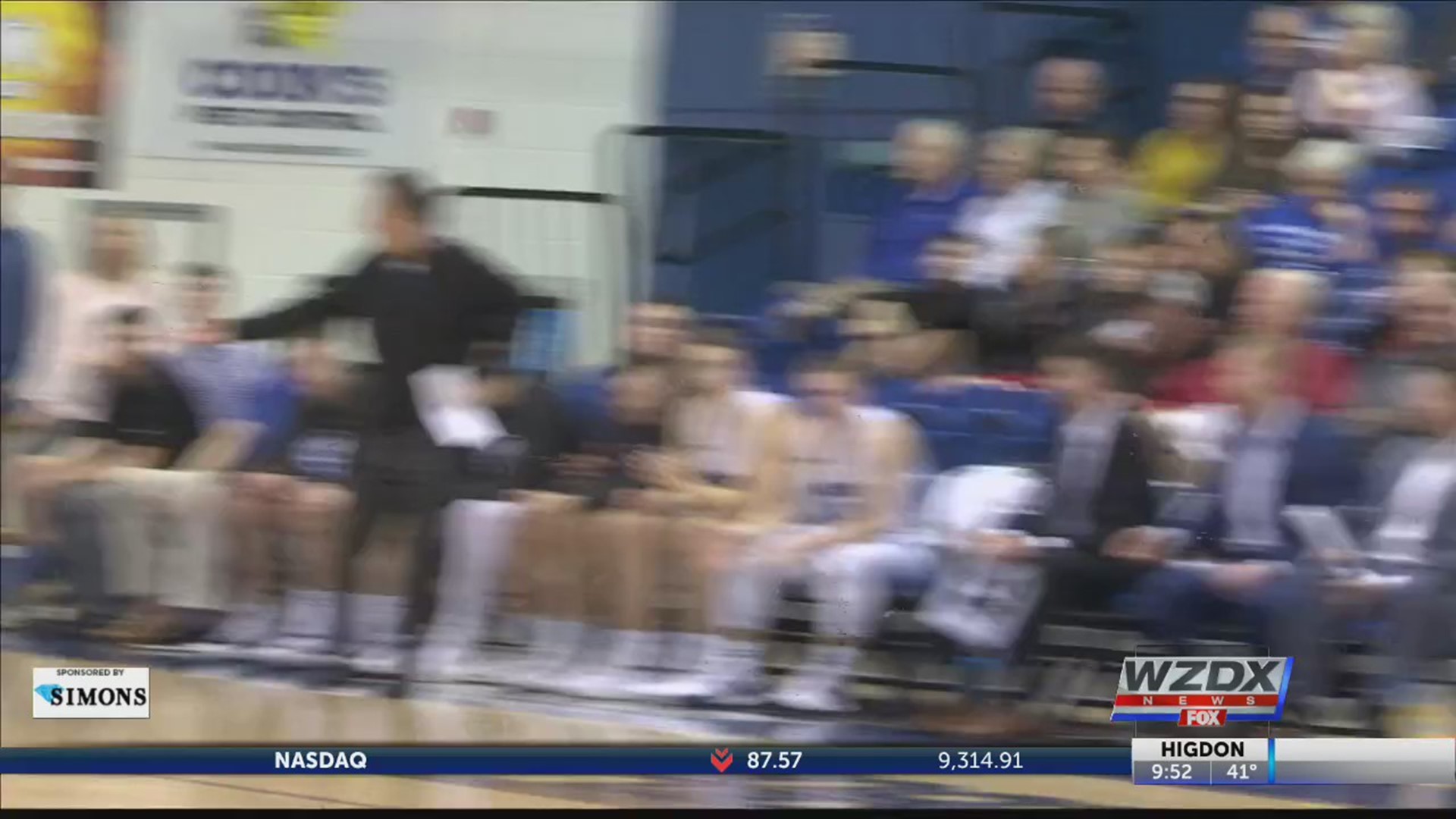 HUNTSVILLE | The No. 16 University of Alabama in Huntsville men’s basketball team moved to a perfect 10-0 at home this season, cruising past visiting Mississippi College 88-53 on Saturday afternoon at Kelly Court at Spragins Hall. The Chargers improve to 16-3 (8-3 Gulf South Conference), while MC falls to 7-11 (3-9 GSC).

Turning Point
-The Chargers blew the contest wide open, starting the second half on a 12-0 run and holding the guests scoreless for the first five minutes of the period to take a 22-point lead on their way to the win.

Inside the Box Score
–Sam Orf paced the Chargers offensive as he knocked down three 3-pointers on the night to score 15 as one of four UAH players to reach double figures.
-Going a perfect 5-for-5 from the floor and adding a pair of free throws, Kerney Lane scored 12 while also handing out three assists, picking up a rebound, and blocking a shot.
–Malik Cook-Stroupe poured in 11 to go with four boards, two assists, and two steals, and Max Shulman rounded out the double-figure contingent with 10 while also grabbing four rebounds and dishing out three helpers.
-Narrowly missing out on a double-double was JJ Kaplan who had 14 rebounds and eight points while also grabbing three steals.
-In total, 12 different Chargers scored in the contest.
-UAH shot 47.9 percent for the contest including 11 3-pointers, and the team held MC to shoot just 24.1 percent in the second half for a game performance of 34.5 percent.
-UAH outrebounded the Choctaws by a 41-40 clip.
-The Chargers were dominant inside, outscoring the guests by a wide 44-18 margin in the paint.

Inside the Flow
-Mississippi College began the contest shooting at an outrageous 85.7 percent clip, opening up a 14-6 advantage by the 16:06 mark of the opening half, but eight straight for the Chargers capped off by a Lane bucket tied the game at 14-14 less than three minutes later.
-After a MC basket pushed the Choctaws back in front, Shulman buried a triple on the ensuing possession, and that shot would end up putting the hosts ahead for good, sparking a 13-2 run that would give the Chargers a 27-18 advantage with 7:26 remaining in the period.
-An Orf trey right before the expiration of the half gave UAH a 42-32 lead at the break, and the big run for the hosts saw the Chargers grab a 54-32 lead just under five minutes into the second stanza, setting a tone for the remainder of the contest in which UAH was able to empty its bench with 4:48 left in the game.

Noteworthy
­-Orf has now reached double figures in seven of his last eight outings and leads the team in scoring with 12.8 points per game.
-Lane has scored at least 10 in three of his last four games, shooting 75.0 percent from the floor in those three contests.
-This is Kaplan’s eighth game this season in which he has more than 10 rebounds, and his season rebounding average is now 9.8 boards per game.
-UAH has won 16 straight at Kelly Court at Spragins Hall dating back to last season.
-Opponents are shooting just 39.8 percent against UAH this season which is better than the program record of 40.4 percent which has occurred twice.

Next Time Out
-UAH will now turn around to make the return trip to Delta State on Thursday. Tip-off is set for 7:30 p.m.