Les Stuedeman honored on List of Women Who Shape the State

Alabama Media Group’s “This Is Alabama” magazine has unveiled its annual Women Who Shape the State list, and The University of Alabama i... 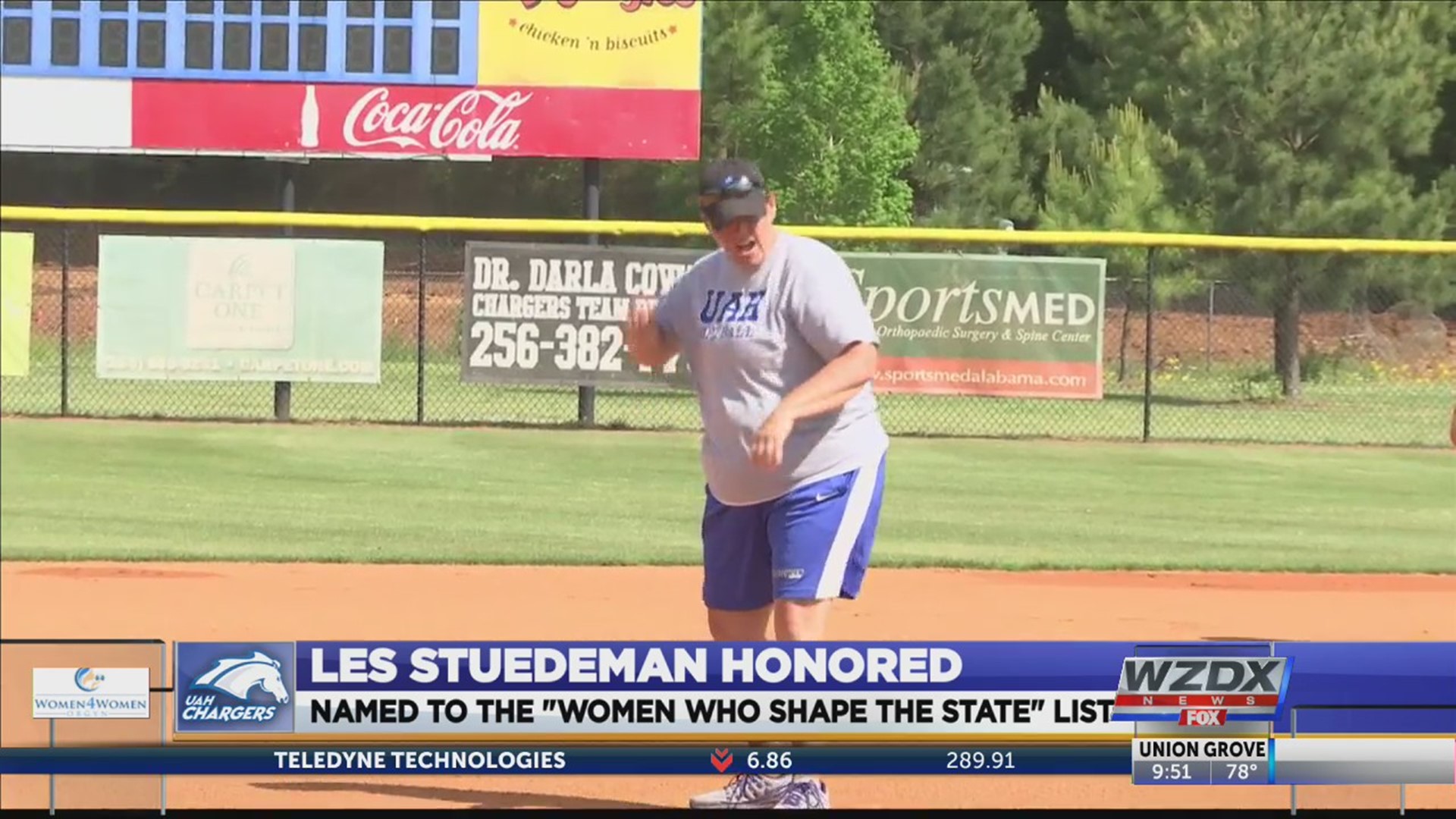 Alabama Media Group’s “This Is Alabama” magazine has unveiled its annual Women Who Shape the State list, and The University of Alabama in Huntsville head softball coach Les Stuedeman is among the 30 who have been honored this year.

The list highlights 30 women that are impacting their cities, regions or the entire state of Alabama from where they serve – philanthropy, commerce, public service, nonprofit, small business and advocacy.

Stuedeman is the lone collegiate coach in this year’s group of honorees.

This is just the latest accolade for the legendary Stuedeman as she has been inducted into a stunning four Halls of Fame including the National Fastpitch Coaches Association Hall of Fame and the Huntsville-Madison County Athletic Hall of Fame, and she has been honored as the Gulf South Conference Coach of the Year an astonishing 10 times.

In 2017, Stuedeman earned her 1,000th victory which at the time made her just the 34th coach in NCAA softball history across all divisions to reach that plateau.

The 30 Women Who Shape the State will be honored at a luncheon at The Club in Birmingham on Nov. 14.