Iowa State University shared with the Board of Regents a financial summary that has projected a nearly $30 million deficit. 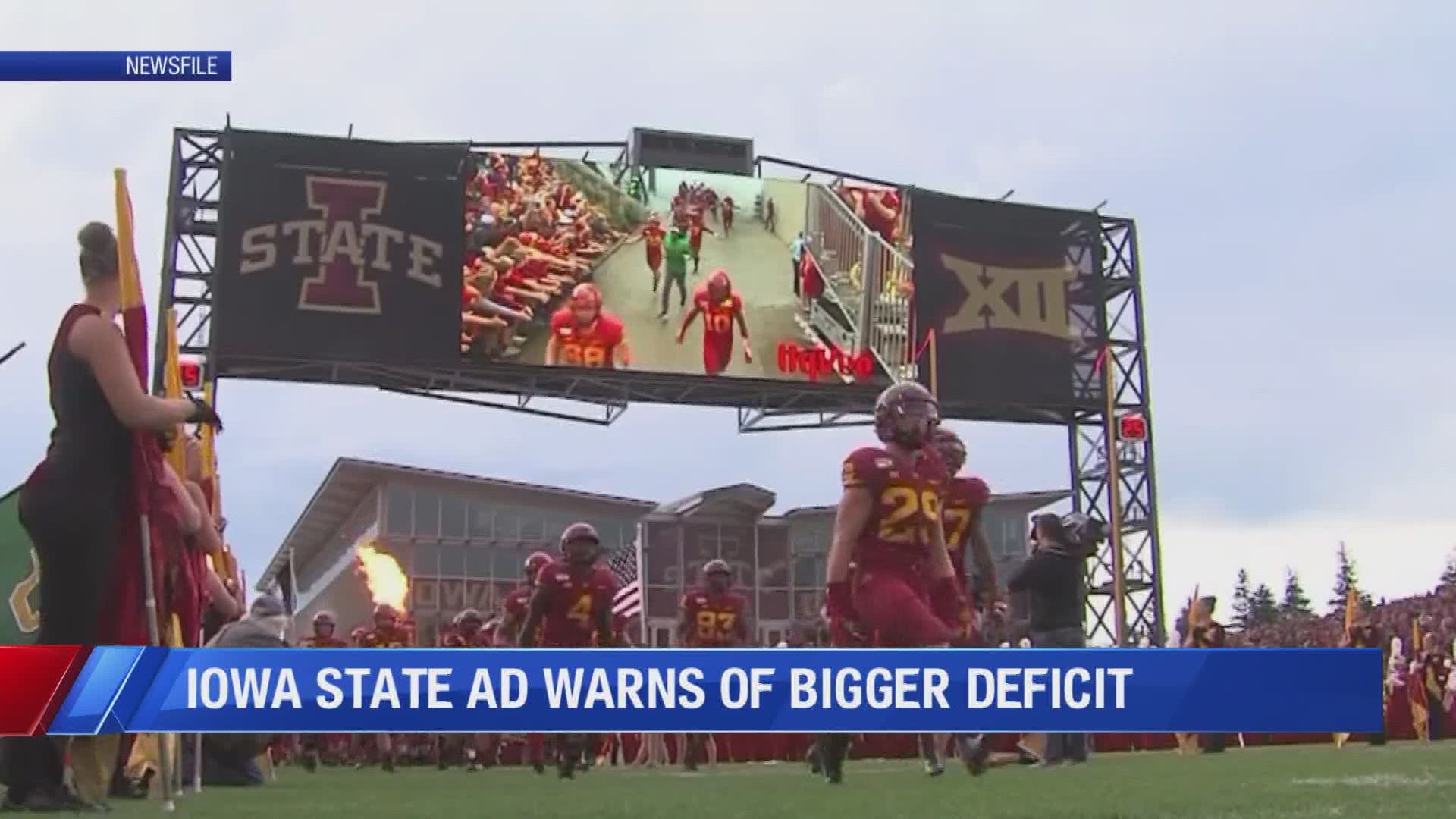 AMES, Iowa — Iowa State University announced Wednesday that no fans would be allowed to attend the team's 2020 football home opener against Louisiana on Sept. 12.

But with that decision comes financial hardship, according to a letter from Director of Athletics Jamie Pollard.

Pollard wrote Friday that no fans at football games means a "painful process" regarding the school's financial decisions.

ISU shared with the Board of Regents a financial summary that projected an approximate $17.5 million deficit. That report assumed fans would be in attendance at games. .

As a result of not allowing fans, that deficit is now projected to be nearly $30 million.

Pollard says that the athletic department "does not have the ability to absorb" that deficit, so future decisions have to be made about facilities and even Cyclone sports.

Below are the recommendations from Pollard's letter that will be presented to the university's leadership team:

It has not been decided whether or not fans will be allowed at later football games this season.

RELATED: ISU students call for all classes to be online