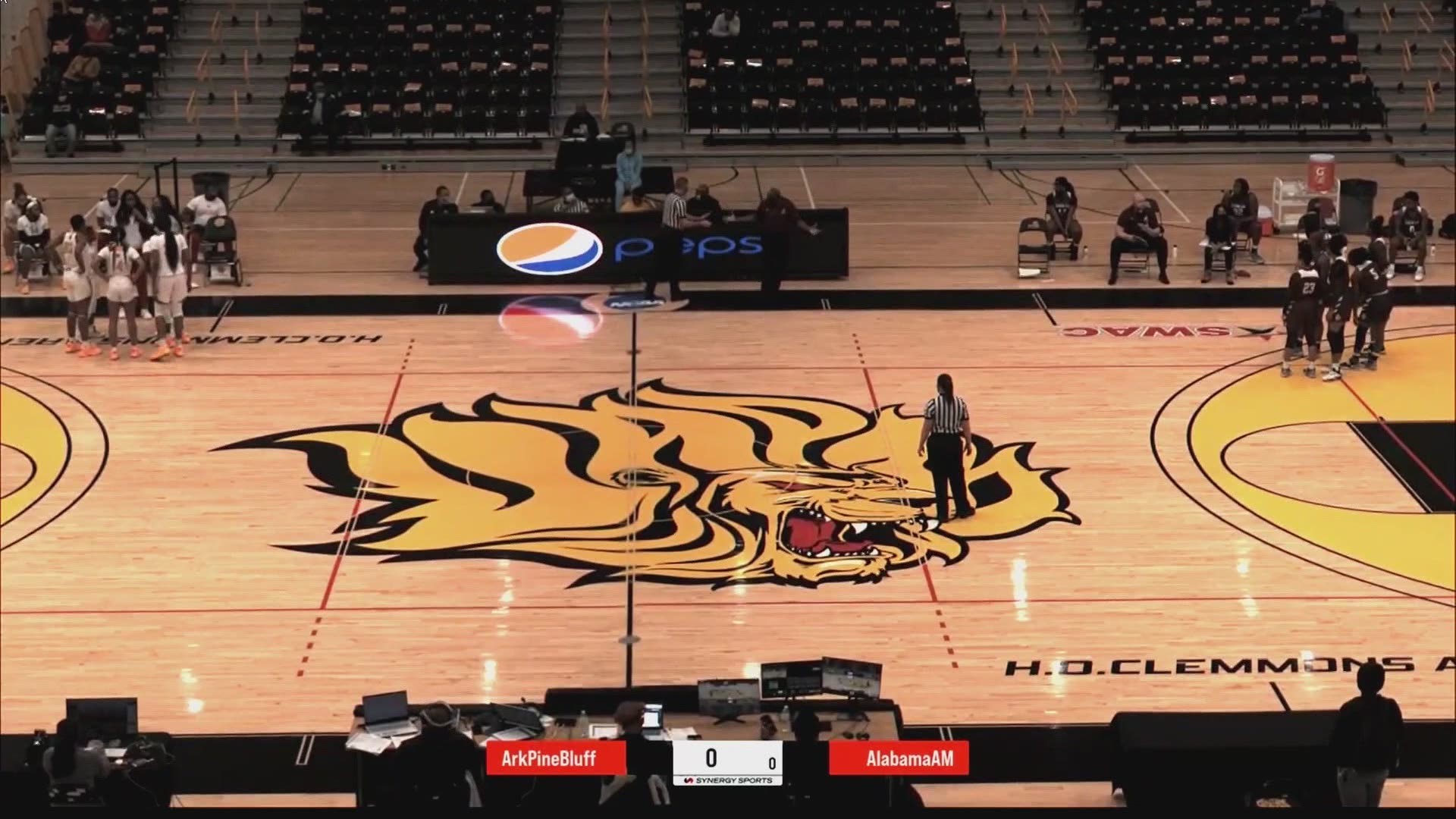 The Bulldogs found themselves on the wrong end of a 9-0 margin over the first 4:16 before beginning to turn the tide over the rest of the opening quarter. Trailing 15-5 with 2:16 showing on the clock, threes by Jones and Burgin helped fuel a 9-2 stretch that pulled them to within 17-14 by the close of the period.

It would be a rally that would continue into the second as the Bulldogs scored nine of the first 13 points, five by Lewis, to flip the script and take a 23-21 lead with 6:30 remaining in the half. With the scored tied up following a pair of Kaila Walker free throws both teams would hit significant scoring droughts as neither managed a score over a span of 2:26.

When that cold spell finally ended it would be the teams trading the next four buckets to remain deadlocked before UAPB's Trasity Totten drilled a three-pointer with one second on the clock to give the Golden Lions a narrow 30-27 advantage at the break.

Back-to-back jumpers by Lewis and Burgin quickly put AAMU back ahead, 31-30, and ignited a 10-3 burst that put them ahead 37-33 by the 5:11 mark of the third quarter. Baskets by Kayla Simmons and Khadijah Brown knotted it up more than two minutes later but it wouldn't stay that way as a 7-0 Bulldog run gave them a 44-38 lead, one that would be shaved to four points heading to the final period.

In that frame the Bulldogs would only build on their lead, once again outscoring UAPB 10-3 for a 54-43 lead, this time over the first 7:24. From there, they would go on to close out the 57-47 victory.

Brown posted 12 points and hauled in 10 boards, six that came on offense, for a double-double of her own in just 24 minutes to lead UAPB. She was joined by Jazzeem Betha with nine points, five rebounds, four assists and a pair of steals while Nissa Sam-Grant delivered an impressive eight blocks to go with seven caroms. Tyler Pyburn rounded out the top performers with nine points and five boards.

The Bulldogs are back in action when they return home to take on rival Alabama State on Saturday, January 16. Game time for that doubleheader with the men's program is set for 2 p.m. at Elmore Gymnasium.