Coach Richards and her Lady Bulldogs swept the season series with Texas Southern on Monday evening. Coach Howard and his team fell to TSU by ten in their home finale 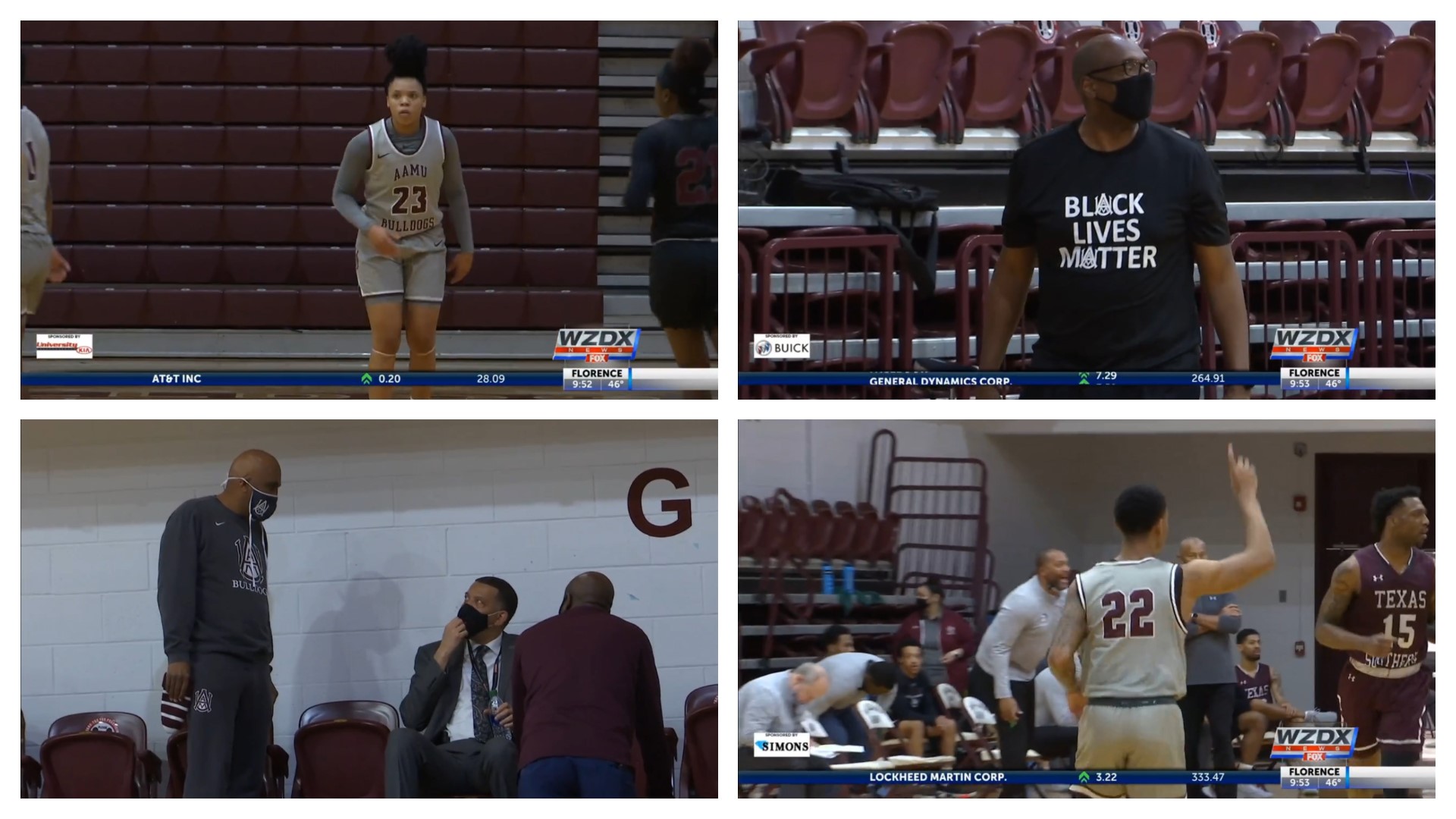 Junior forward Dariauna Lewis (Omaha, Neb.) also knocked down 7-of-10 and put up 16 points to go with 10 boards and redshirt-junior center Elexis Evans (Greensboro, Ala.) added six points and 10 caroms.

Following an early tie with a basket apiece, A&M would power out to a 14-6 lead by the end of the opening frame before extending to 18-7 in the first minute of the second. With the score at 22-11 they would then score eight of the next 13 points to make it 30-16 with just over three minutes left in the half. From there they would head to the break with a 32-20 advantage.

The lead would quickly grow to 16 points, 43-27, over the first 5:19 of the third quarter and the Bulldogs would not look back as they managed a 49-31 spread by the end of the frame. TSU would limit them to 15 points in the fourth quarter but a dominating A&M defense held the Tigers to just six points to hit the final margin of 64-36.

Britnee Gabriel led TSU with 10 points on 5-of-8 shooting and hauled in seven boards while Ataiya Bridges had 10 points with five steals and four rebounds. Quatera Limbrick added eight points and Te'Aire Hambrick chipped in with six boards to round out the top performers.

The Bulldogs hit the road to close out the regular season with a pair of games, beginning at Jackson State on Thursday, March 4. Tip-off for that contest is slated for 5:30 p.m. in Jackson, Mississippi.