Local lacrosse players looking on the bright side during quarantine

Bob Jones Lacrosse is using this time to team bond. 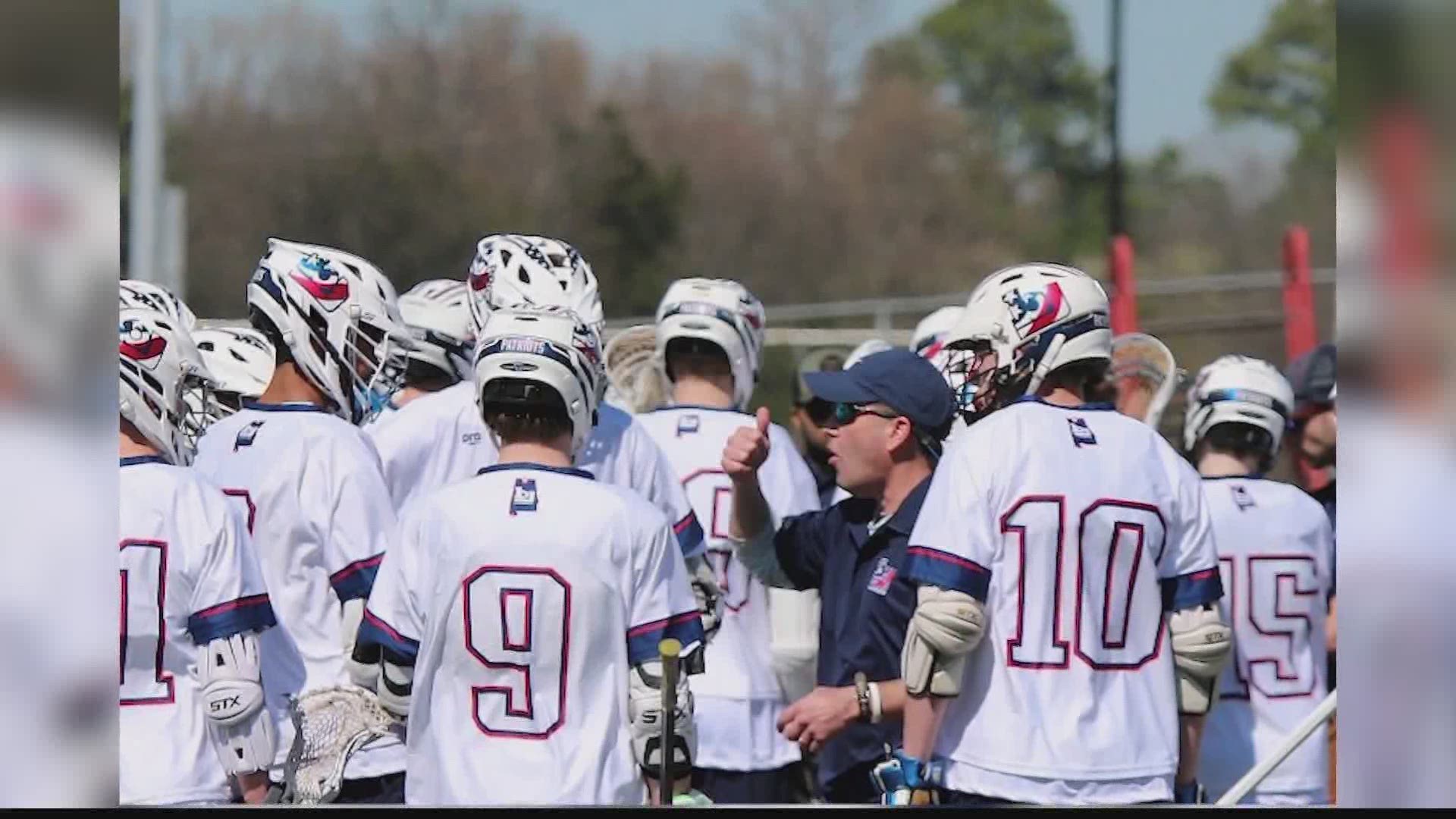 MADISON, Ala. — Jack Haley is a senior at Bob Jones High School and has quite the resume in the sport of lacrosse, which means he's lost more than just his senior season.

Haley was expecting to represent team USA at the Student-Athlete World Team Competition this summer in Spain, but now that isn't in the schedule anymore.

"I mean obviously it stinks not being able to play the rest of the season. You know, I was kind of looking forward to that, but I'm going to play in college so it's not like it was my last season ever," Haley said.

Haley plans to move to Northfield, Vermont in the Fall, where he'll attend Norwich University and play lacrosse. Out of three seniors on Bob Jones' lacrosse team, two are expecting to play at the next level. Haley's teammate, Austin Hall, will be heading to Tennessee Wesleyan University to further his playing career as well.

But for the Bob Jones team, dealing with the loss of a season seems to just be a minor concern when compared to the big picture. Head coach, Paul Burke said, "I want that overall High School experience for them, but these are very surreal times so I can turn that off. I want that for them but the next minute I just want them to be safe."

Coach Burke has coached lacrosse at Bob Jones for 11 seasons and said there is always a silver lining in these tough situations.

"If you can do some sort of team building for this, this is the year to kind of set that up," he said.

During quarantine, one of Burke's players had a birthday. So to show support of his player and teach a little team bonding, he organized a 'drive-by' for his team. While practicing social distancing guidelines, the team rode by their teammates home to wish him a happy birthday. It's the type of gesture Coach Burke hopes his players will remember in the future.

High school lacrosse is still an unsanctioned sport in Alabama, but across the Huntsville area there are four seniors expecting to play at the next level.

RELATED: UNA fans are ready for a sports comeback