Jacksonville State comes from behind to defeat Eastern Washington, 49-45

JACKSONVILLE, Ala. — Zerrick Cooper passed for three touchdowns and ran for one, and Michael Matthews scored the winning touchdown wit... 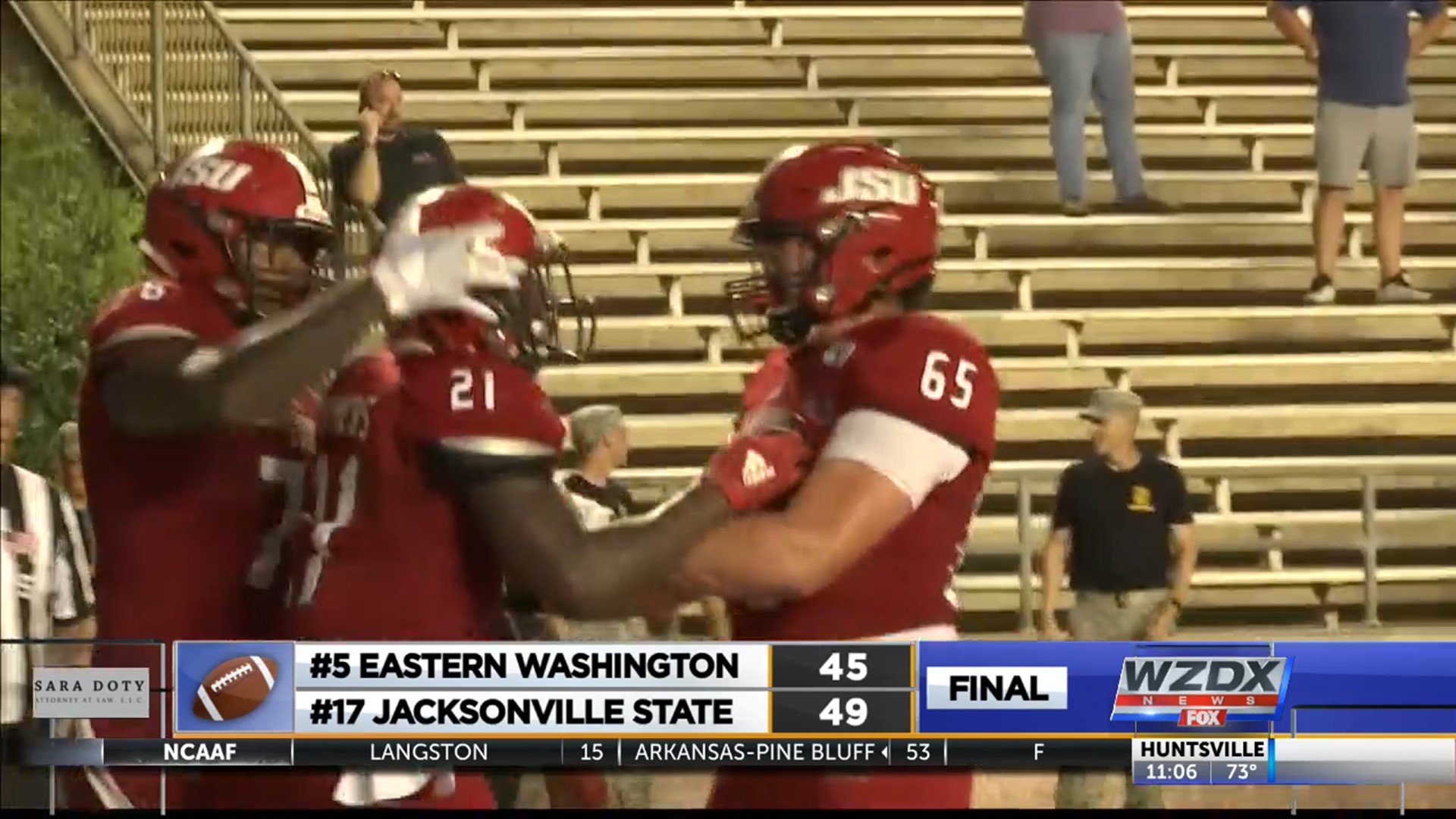 JACKSONVILLE, Ala. — Zerrick Cooper passed for three touchdowns and ran for one, and Michael Matthews scored the winning touchdown with 59 seconds left as No. 17 Jacksonville State rallied past No. 4 Eastern Washington 49-45 on Saturday night.

The Gamecocks (2-1) never led until Matthews scored on a 1-yard plunge to cap an 11-play, 73-yard drive that started with 4:38 to play. Eastern Washington had led from the opening kickoff, which Dre Dorton returned 90 yards for a touchdown. Eric Barriere then threw three touchdown passes and the Eagles (1-2) led 28-7 after one quarter.

On the first play of the second quarter, Marlon Bridges picked off a Barriere pass and returned it 67 yards, his school-recording-tying third pick-6 of his career.

Late in the third quarter, Barriere threw his fifth touchdown pass to put Eastern Washington on top 45-28. Cooper capped a 75-yard drive with a 15-yard touchdown run, Matthews capped a 13-yard drive after a blocked point with a 3-yard run and then Matthews provided the winner.