Joshua Langford has foot surgery, will not return in 2019-20 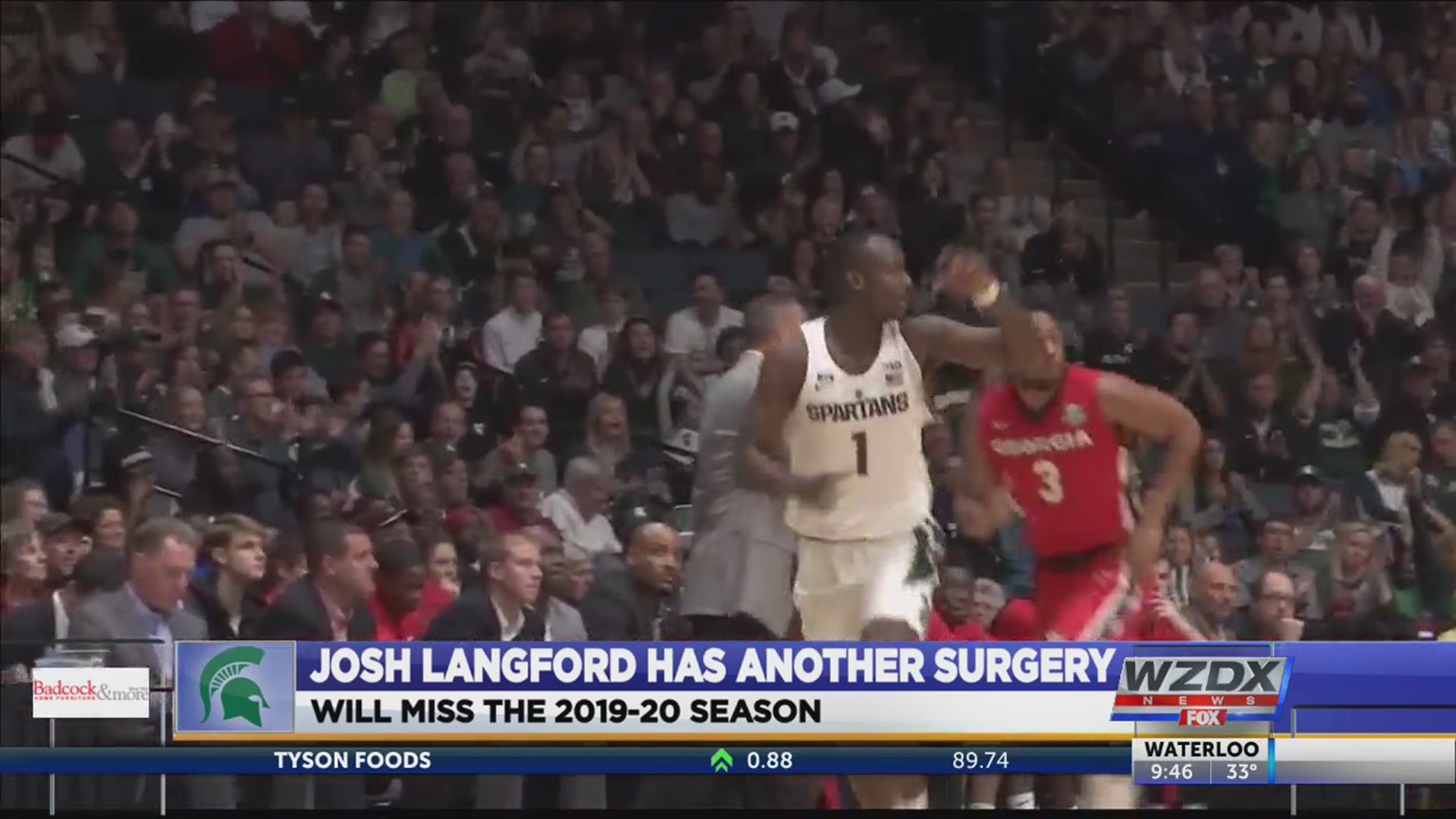 The successful operation will allow Langford to continue to play basketball and pursue a professional career upon recovery, Izzo said, but the senior shooting guard will not play for the Spartans in 2019-20. While Langford has a redshirt season in his pocket, Izzo does not expect the Huntsville, Alabama, product to use it.

EAST LANSING, MI &#8211; DECEMBER 03: Joshua Langford #1 of the Michigan State Spartans looks to pass the ball while defended by Jordan Bohannon #3 of the Iowa Hawkeyes in the first half at Breslin Center on December 3, 2018 in East Lansing, Michigan. (Photo by Rey Del Rio/Getty Images)

“What does that mean for his future? I think there was a worry that he may never play basketball again. I think that is more gone,” Izzo said. “Josh was hoping after this year to test his professional options both overseas, the G League and even in the NBA if he would have had a good season. I think that’s still his hopes and dreams. We’ll talk about any other options he has when the time comes.

“But for me right now, it saddens me a little bit even though I did not … think he would be back. That saddens me because the kind of kid he’s been. He’s just done everything we could ask of him. This kid means the world to me, and I think to our program, for what he stood for religiously, academically, athletically. He was the workhorse of our team. But now I’m hoping to help him fulfill another dream and goal. That’s where we’re kind of at right now.”

Langford was limited to 13 games last season as a junior before he was sidelined by a similar injury. He was averaging 15 points per game before leaving at halftime of the Dec. 29, 2018, game against Northern Illinois.