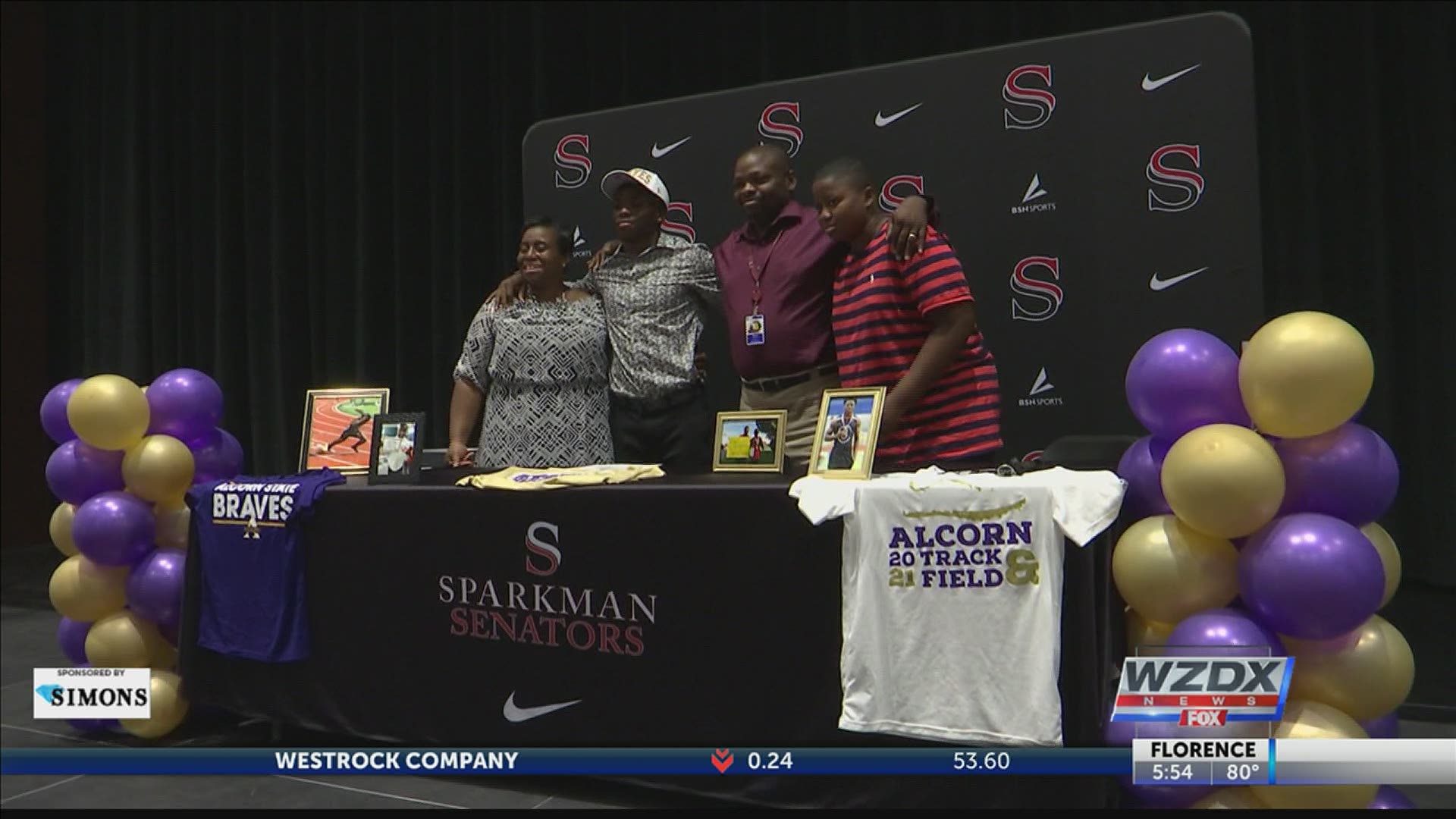 HARVEST, Ala. — Throughout his career at Sparkman High School, Johnny Holloway has been on a blazing trail as a sprinter. He's won multiple sprints and dashes on the AHSAA Class 7A level for the Senators. Now the recent graduate is ready for the next level.

On Tuesday afternoon, the All-State sprinter signed a national letter of intent with the Alcorn State Braves. This year, Holloway had career best of 10.98 seconds in the 100 meter dash and 21.82 in the 200 meter dash.

Holloway explained to us why "The Reservation" at Alcorn is a perfect place for him to continue his track career.

"Last season, they had an athlete complete at the NCAA nationals," says Holloway.

"I had a chance to talk to him. He's a really great guy. Just the team itself, has really good people. I love to practice and I love track. So being around that environment helped me out."