Jirah Rogers is following her mother's footsteps or playing college basketball at UAH. 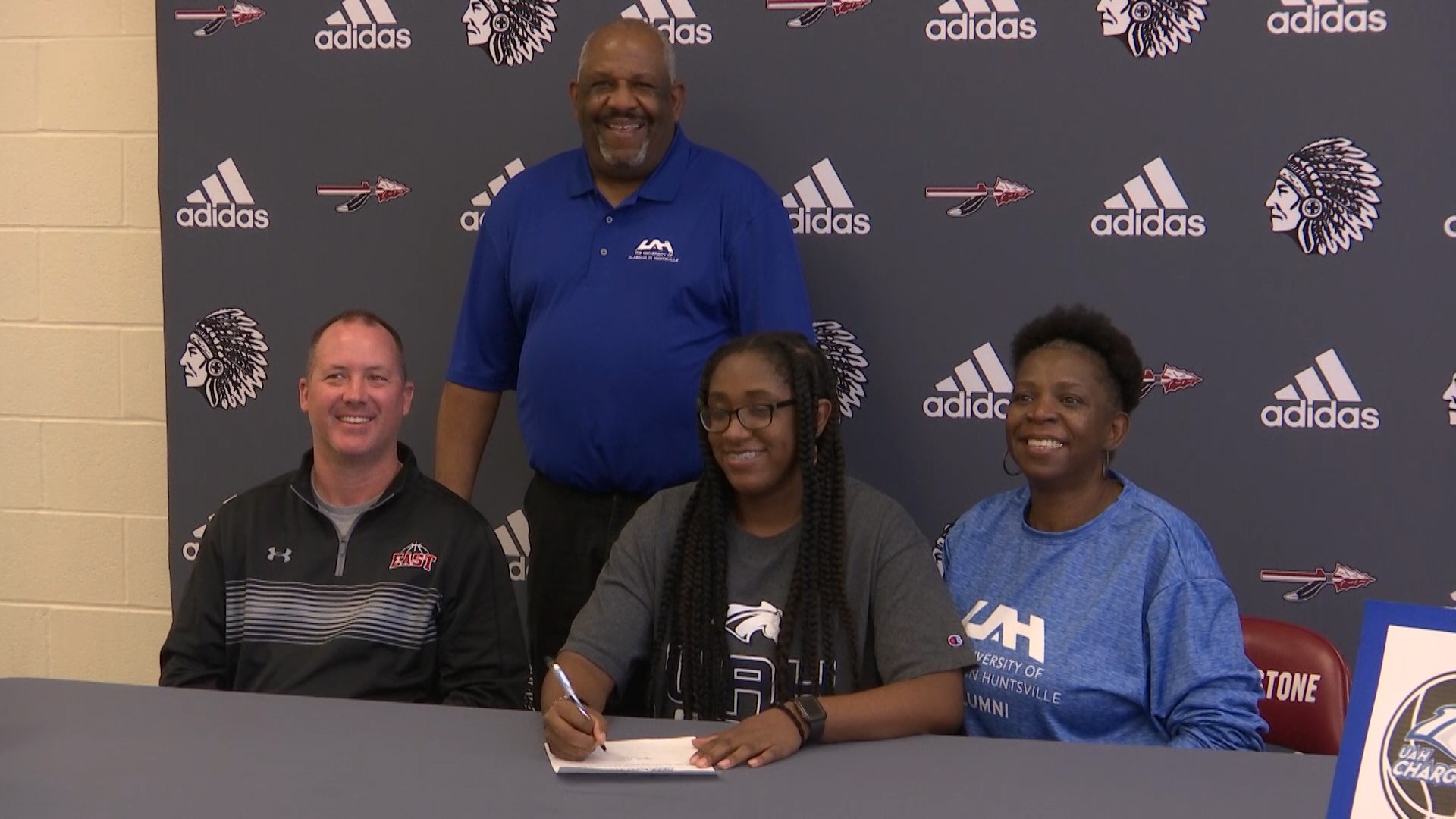 At East Limetonse, Rogers has scored over 2,500 career points while playing on the varsity team since her seventh grade season. During her first five seasons, she was good at a 55.5 percent clip from the field, and she has averaged nearly nine rebounds per game as she racked up more than 1,250 boards. Rogers has also amassed 239 blocks, 235 assists, and 181 steals.

Rogers is following her mom's footsteps of playing basketball at UAH. Her mother Tammy Petty Rogers was a standout player in the late 80s. But when it came to her overall decision, it was Chargers head coach Andrea Lemmond who sold her on the program.

The daughter of Tammy Petty Rogers who also played with @UAHWBB is going to be a Charger herself!#UnitedWeCharge pic.twitter.com/B3sZCfkcTy

"She's a god fearing woman and so am I," says Rogers. "I go to church every Sunday. So to have that as well as a coach is perfect. I mean you want to go somewhere where you'll get playing time but i mean just to fit in with that program and how they approached me with it? I loved it, i loved it."

The East Limestone High School product will wear the same number 42 jersey that her mother wore while at UAH.