Jimmy Shane wins the Southern Cup at the 2019 Hydrofest 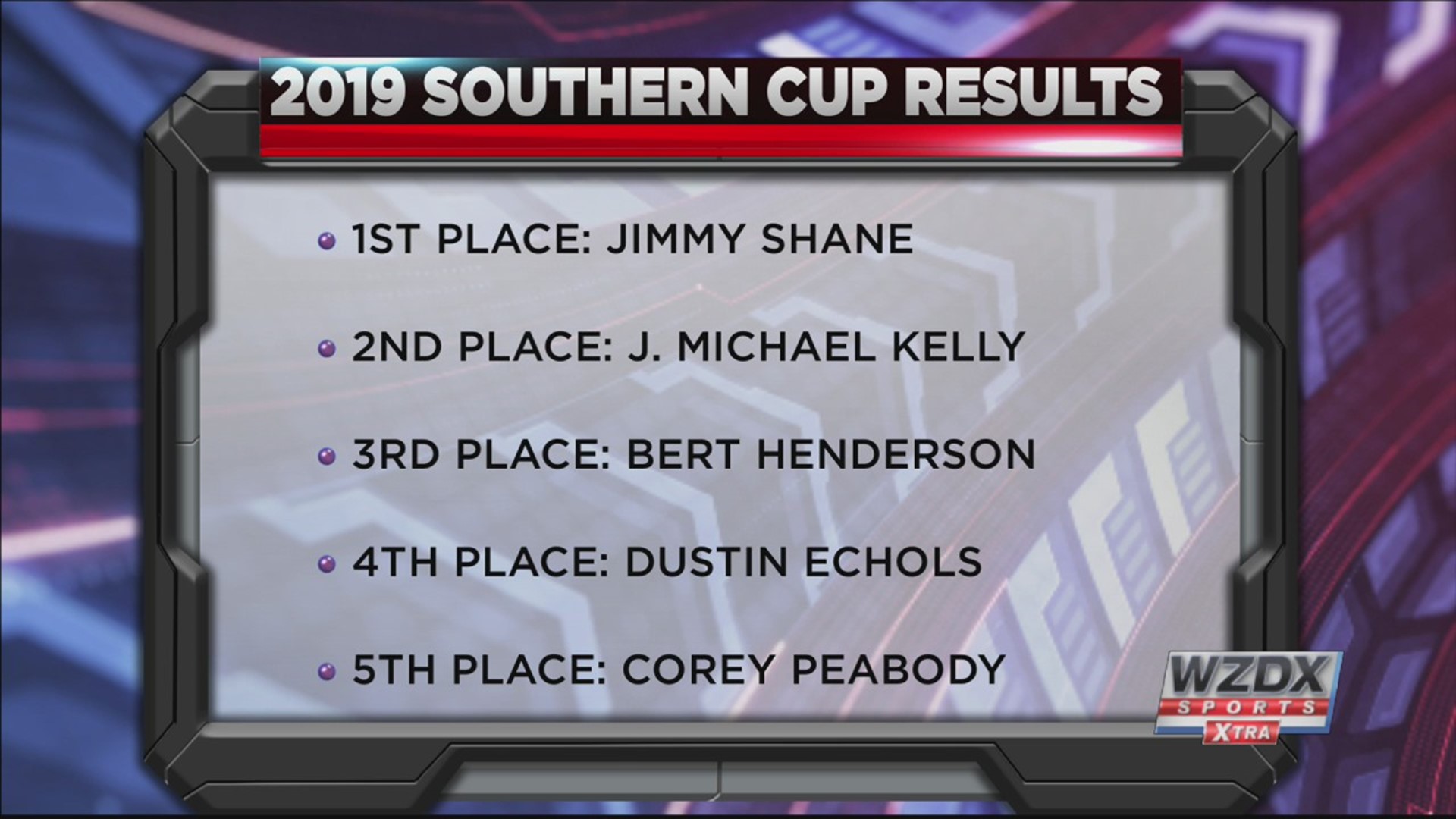 GUNTERSVILLE, Ala. – Jimmy Shane drove the U-6 “Miss HomeStreet” to victory in Sunday’s second annual Guntersville Lake HydroFest’s Southern Cup over J. Michael Kelly in the U-12 “Graham Trucking” and third place finisher Bert Henderson in the U-7 “Spirit of Detroit.”

Shane and Kelly battled each other side-by-side for four laps until Shane suddenly found the extra power in his hydroplane and flew ahead of Kelly on the last lap. In the end, Shane took the checkered flag over six mph faster than Kelly. Shane ended the race with an average speed of 149.476 mph.

With the win today, Shane has won on every H1 Unlimited Hydroplane Racing Series race course. It is the team’s first victory in their new race boat that saw only its third race in her short history.

With the sun shining in the driver’s eyes leading up to the start, Shane in the back stretch maintained his timing marks and nailed the start.

Shane said, “I had a great run to the start finish-line and carried that speed into the first turn but at that point Mike (Kelly) and I were side-by-side, and he gained a little on me but I was able to pull ahead and maintain control of the course.”

Shane said that with control of the course he was able to “keep him honest.”

“My boat had legs,” and Shane, and the “boat had top end speed and we were able to slowly pull away.”

Shane who lost last year’s Southern Cup by only a few feet to Andrew Tate said, “ it is a little bit of redemption for me after last year’s great, great race last year and to be on the opposite end of was a little tough , but I am very happy to be on top this year.”

Shane also had the fastest lap in the final and reached an average speed of 155.044 mph on lap two.

Kelly who sat out last year’s race on Lake Guntersville, know as the “South’s fastest water” was disappointed he wasn’t able to maintain his speed with Shane.

“Even though he passed me I had to keep my foot in it (gas peddle) because you never know he could have taken a big hop and went out so you don’t give up until you know you just can’t get him any more, Kelly said.

Kelly continued, “ We ran hard the entire race and I obviously had to stay ahead of Bert too because Bert was running pretty good too.”

Kelly said, “To start off the season with a second place you really can’t complain too much about that.”

Kelly finished the five laps with an average of 148.110 mph.

Like Kelly, Henderson also missed last year’s race but ended up on the podium next to Kelly and Shane.

Henderson said,” This aqua oval is the Talladega Speedway of boat racing. Everyone in Guntersville will understand that after this weekend.” I got to thank all the volunteers and people that put this event on, I mean, what and event, it’s awesome.”

Fourth place went to Dustin Echols in the U-440 “Bucket List Racing” who kept the U-98 “Graham Trucking American Dream” and rookie Corey Peabody at bay for two laps until Peabody progressively lost speed on subsequent laps.

Tom Thompson in the U-11 “J&D’s presented by Reliable Diamond Tool” was unable to start.