KNOXVILLE, Tenn. — Tennessee football coach Jeremy Pruitt committed a minor NCAA violation earlier this year by tweeting out his congratulations when the ... 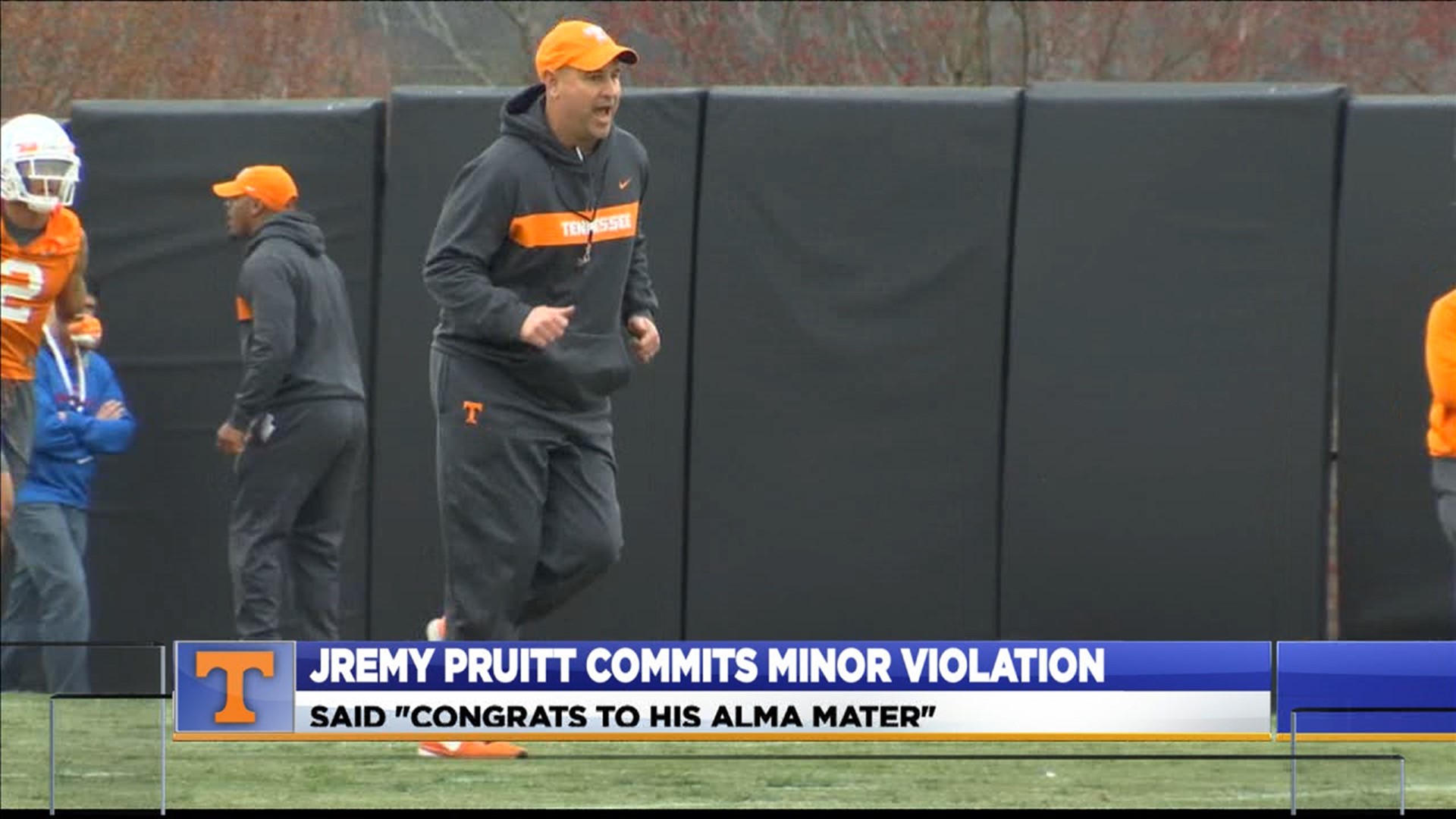 Pruitt tweeted “Congratulations Robi Coker and Plainview High School on back to back State Championships! #2muchblue #PLV” on March 1. The tweet was deleted 37 minutes later, after a compliance official noted that it constituted an impermissible endorsement of a high school team and its coach. Compliance officials met with Pruitt and the staffer overseeing the football program’s Twitter accounts to discuss that particular rule, but that was the extent of any repercussions for his actions.

KNOXVILLE, TN &#8211; SEPTEMBER 08: Head coach Jeremy Pruitt of the Tennessee Volunteers brings his team onto the field prior to a game against the East Tennessee State University Buccaneers at Neyland Stadium on September 8, 2018 in Knoxville, Tennessee. Tennesee won the game 59-3. (Photo by Donald Page/Getty Images)

Details were obtained through a public records request.

“Level III violations are a byproduct of a healthy compliance program,” associate athletics director for compliance Andrew Donovan said in a statement. “There are thousands of NCAA rules and interpretations of those rules, so it is expected that inadvertent, minor violations may occur on occasion. We have a strong culture of compliance at the University of Tennessee. Our coaches and staff are fully committed to doing things the right way. They view compliance as a shared responsibility and hold themselves and each other accountable.”

NASHVILLE, TN &#8211; NOVEMBER 24: Head coach Jeremy Pruitt of the Tennessee Volunteers coaches Joe Doyle #47 prior to a 38-13 Vanderbilt victory over the University of Tennessee at Vanderbilt Stadium on November 24, 2018 in Nashville, Tennessee. (Photo by Frederick Breedon/Getty Images)

The other football-related violations involved a non-coaching staffer driving family members of a recruit beyond the 30-mile radius of campus where contact is permitted and having three non-coaching staff members conduct an offseason conditioning session.

Tennessee officials said they initially arranged a car service for the recruit’s family before realizing he had eight siblings who couldn’t be left unattended while his mother visited campus. Tennessee instead had a non-coaching staffer drive the mother and siblings to and from their home, which was about 225 miles from Tennessee’s campus. School officials said no recruiting conversations occurred during the December trip.

The NCAA took away four recruiting evaluation days from Tennessee for that violation.