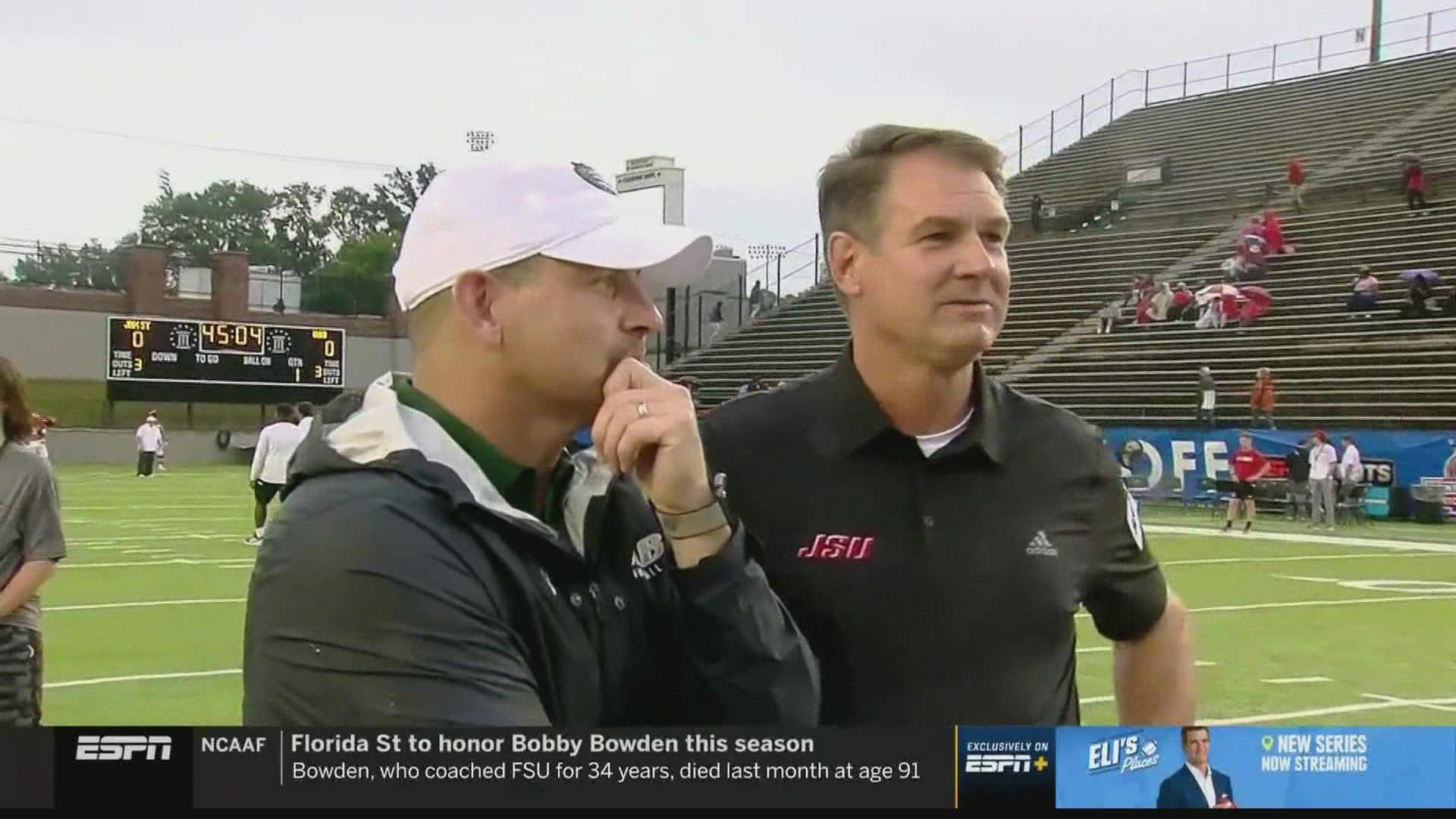 Jermaine Brown Jr. rushed for 70 yards and a score for UAB. Johnston completed 17 of 21 passes. Zerrick Cooper was 17-of-34 passing for 89 yards for Jacksonville State (0-1), which won the Ohio Valley Conference last season and reached the quarterfinals of the FCS playoffs.