The JSU Gamecocks earned the No. 4 overall seed for the 2020-21 NCAA Division I Football Championship. 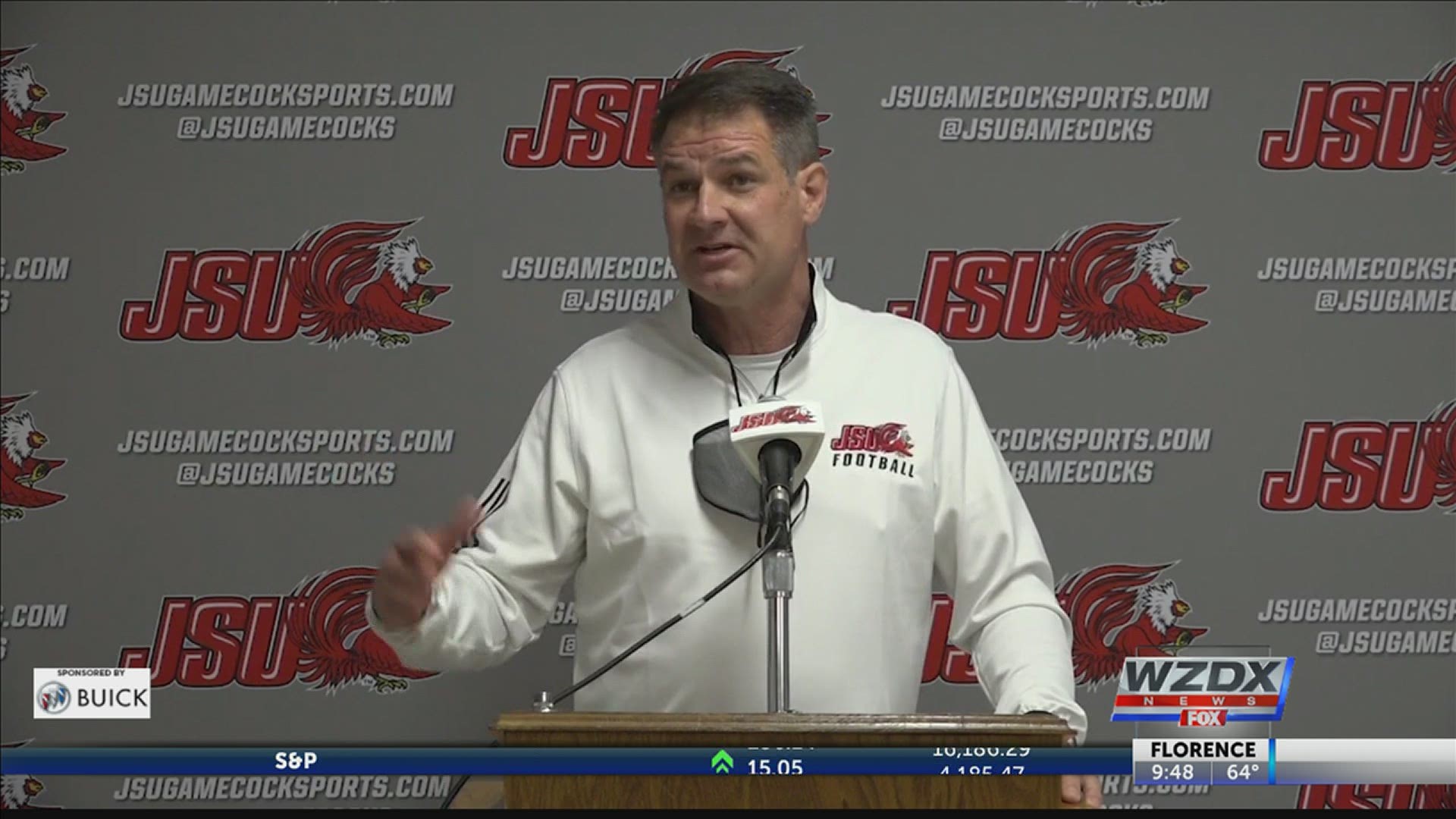 JACKSONVILLE, Alabama — The Jacksonville State Gamecocks earned the No. 4 overall seed for the 2020-21 NCAA Division I Football Championship.

The Gamecocks will make their seventh appearance in the FCS Playoffs in the past eight seasons after winning their ninth OVC title and the sixth in the past seven years. They will face Davidson for the first time in school history after the Wildcats won the Pioneer League and will make their first playoff appearance since 1969.

The NCAA Selection Committee ranked its top four teams in the field, with the Gamecocks earning the fourth seed. JSU won more games than any other FCS program and also held the FCS' lone win over an FBS program this season when they beat Florida International in October.

It is JSU's fifth top-four seed and its first since being seeded third in 2017. The Gamecocks were in the top four seeds for four-straight seasons from 2014-17.