The Jacksonville State football team was back on the turf at Burgess-Snow Field Tuesday for the opening day of fall camp. 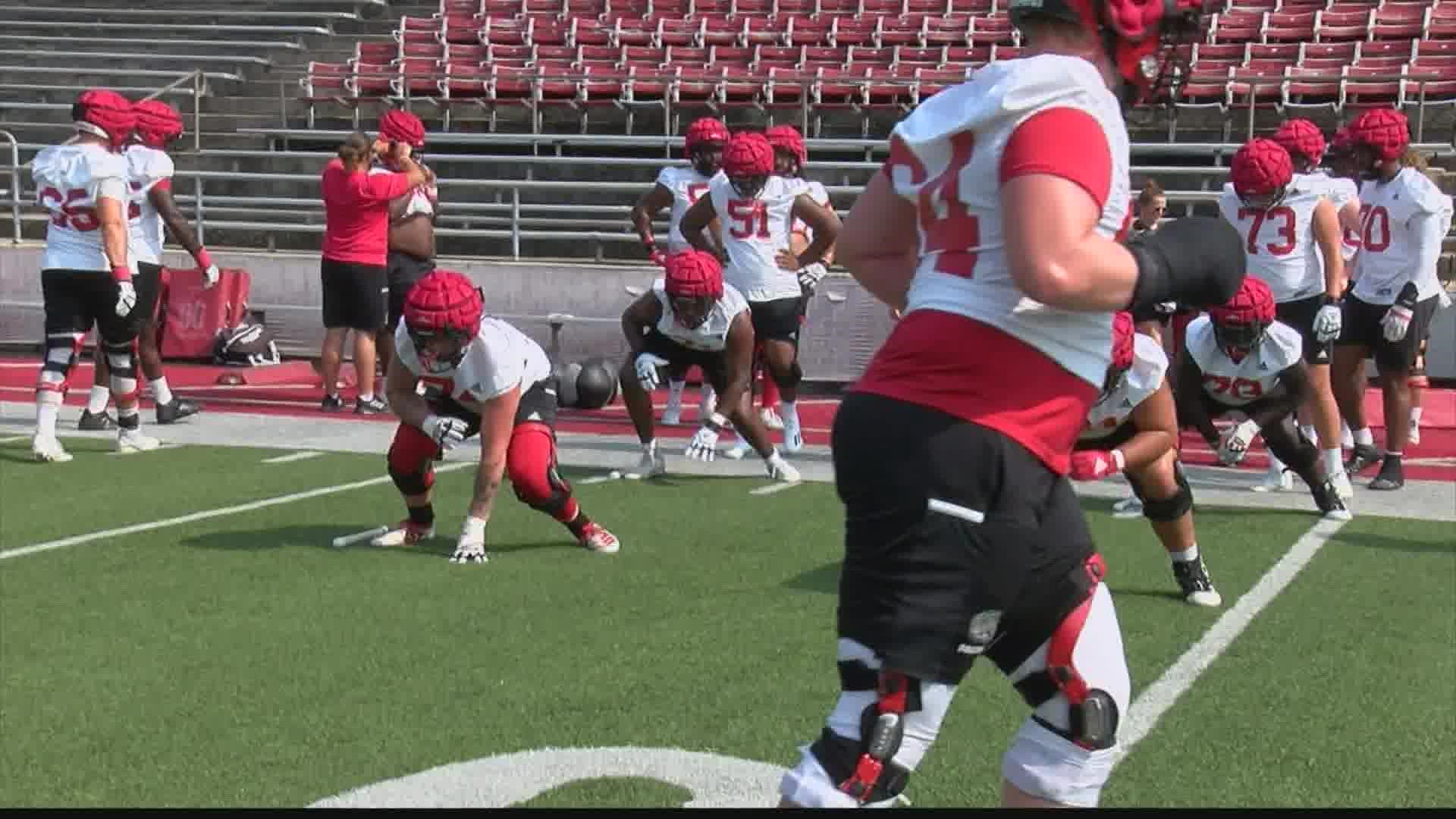 JACKSONVILLE, Alabama — Just 94 days after concluding their spring season in the FCS Playoffs, the Jacksonville State football team was back on the turf at Burgess-Snow Field Tuesday for the opening day of fall camp.

In helmets only for the first practice of the season, head coach John Grass' squad ran through their position drills for a large portion of the opening two-hour workout.

"I thought we could have scrimmaged today, there was a lot of retention and a lot of guys back," stated Grass post practice. "A lot of first-day mistakes that we have to get corrected, but I thought overall a really good first day. We just have to improve on that every day as we go through camp."

The atmosphere around the stadium was more of a continuation of much of the same, as opposed to finding a completely new rhythm, as is often the case on day one. JSU was one of the few teams nationally to play in both the fall and spring semesters last season. Early fears pointed to a lack of efficient recovery time following a spring season, but Grass felt like it didn't hold the Gamecocks back after seeing the team report to campus on Monday.

"I was little worried about (short rest time) this spring, but I kind of answered that question yesterday when I saw the guys come in. They're all bouncing around and ready to go, ready to start playing, and that's encouraging for sure. Good thing about playing in the spring, and the fall last fall, you know your football team. We're not searching for folks right now."

JSU's second practice on Wednesday will mark four weeks away from the season-opener against UAB at the Cramton Bowl in Montgomery on September 1.