Jacksonville State comes back to take down Lions on the road

It was the 48th all-time meeting between the Lions and Gamecocks but the first in Florence since 1992. Jacksonville State leads the series 27-18-3. 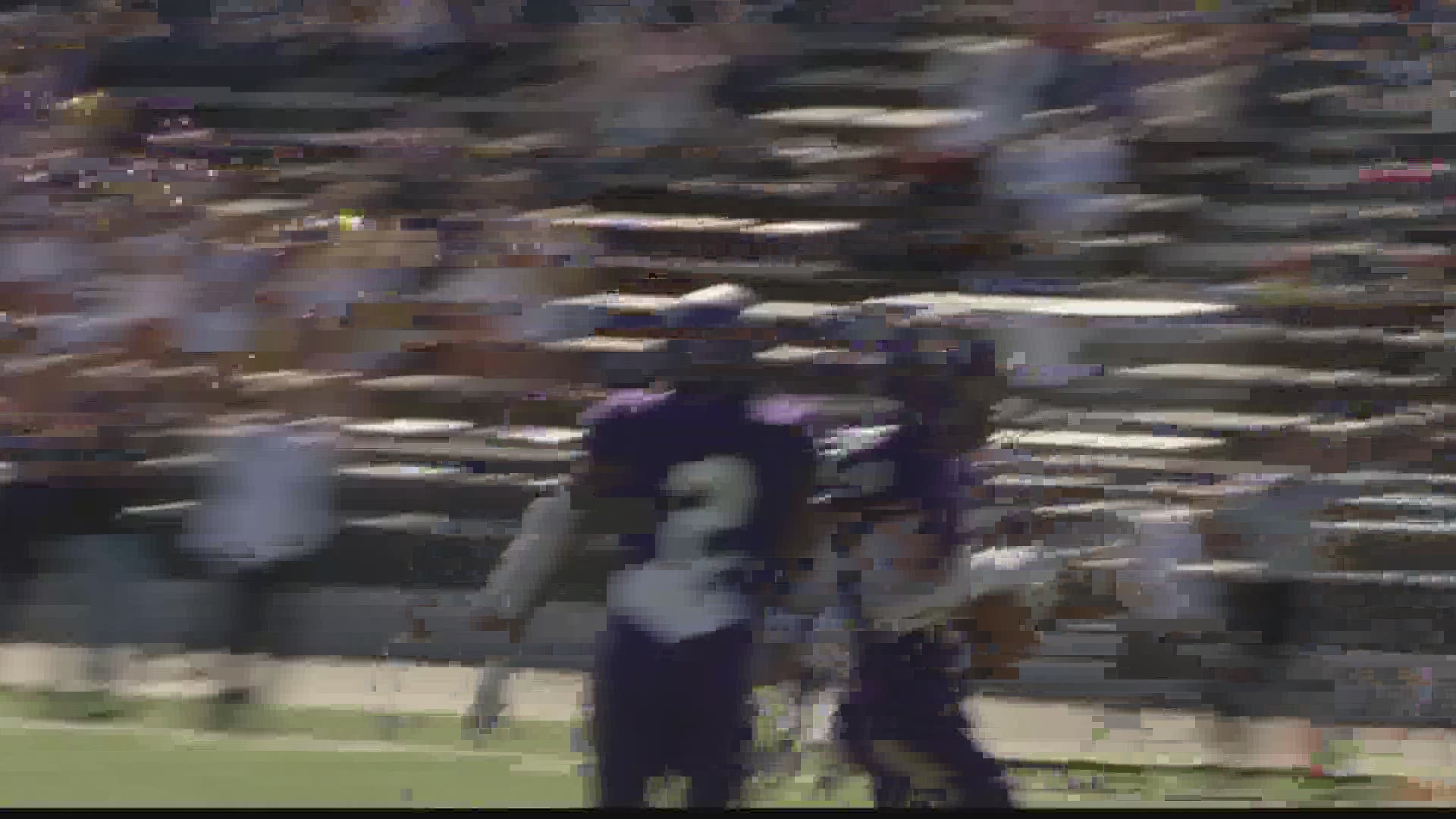 FLORENCE, Ala. — (University of North Alabama) Jacksonville State overcame a 17-14 deficit late in the third quarter to down North Alabama 24-17 in the two school’s first meeting at Braly Stadium since 1992.

A touchdown pass from Rett Files to Jakobi Byrd with 1:57 left in the third quarter put UNA on top 17-14 but the Gamecocks scored before the end of the quarter on a one-yard Zerrick Cooper run to regain the lead at 21-17 with just four seconds left.

The only score in the fourth quarter was a 36-yard field goal by Alen Karajic to extend the lead to 24-17.

UNA had one last chance but a Hail-Mary pass from Dever was picked off by JSU’s Nicario Harper at the one-yard line as time expired.

With the win, Jacksonville State improves to 2-1, while North Alabama falls to 0-2.

It was the 48th all-time meetings between the Lions and Gamecocks but the first in Florence since 1992. Jacksonville State leads the series 27-18-3.

North Alabama scored on the game’s opening possession, driving 73 yards on 19 plays before being stopped at the JSU two-yard line. Sam Contorno came on to kick a 19-yard field goal to give the Lions a 3-0 lead at 5:12 of the first quarter. The drive took 9:48 off the clock.

JSU got its first score at 5:39 of the second quarter when Cooper hit Quan Charleston with a 14-yard touchdown pass. Karajic’s PAT gave the Gamecocks a 7-3 lead.

UNA then held the lead at the half as Parker Driggers scored on a one-yard run with 19 seconds left in the second quarter. Contorno’s PAT made it 10-7 at intermission.

A one-yard TD run by Cooper with 5:24 left in the third quarter gave Jacksonville State a 14-10 advantage.

Highlights from the 24-17 loss to JSU #roarlions pic.twitter.com/BIpKmdpqjO

North Alabama then moved deep into JSU territory late in the third period before Dever was knocked out of the game for two plays. Files then came on and threw the go-ahead TD pass to Byrd to put the Lions back on top.

North Alabama has two weeks off before traveling to play Southern Mississippi.