Inaugural Huntsville Championship begins with Round 1 action at The Ledges

The Inaugural Huntsville Championship began on Thursday at The Ledges. Kayla Carlile provided a recap from the first day on the green. 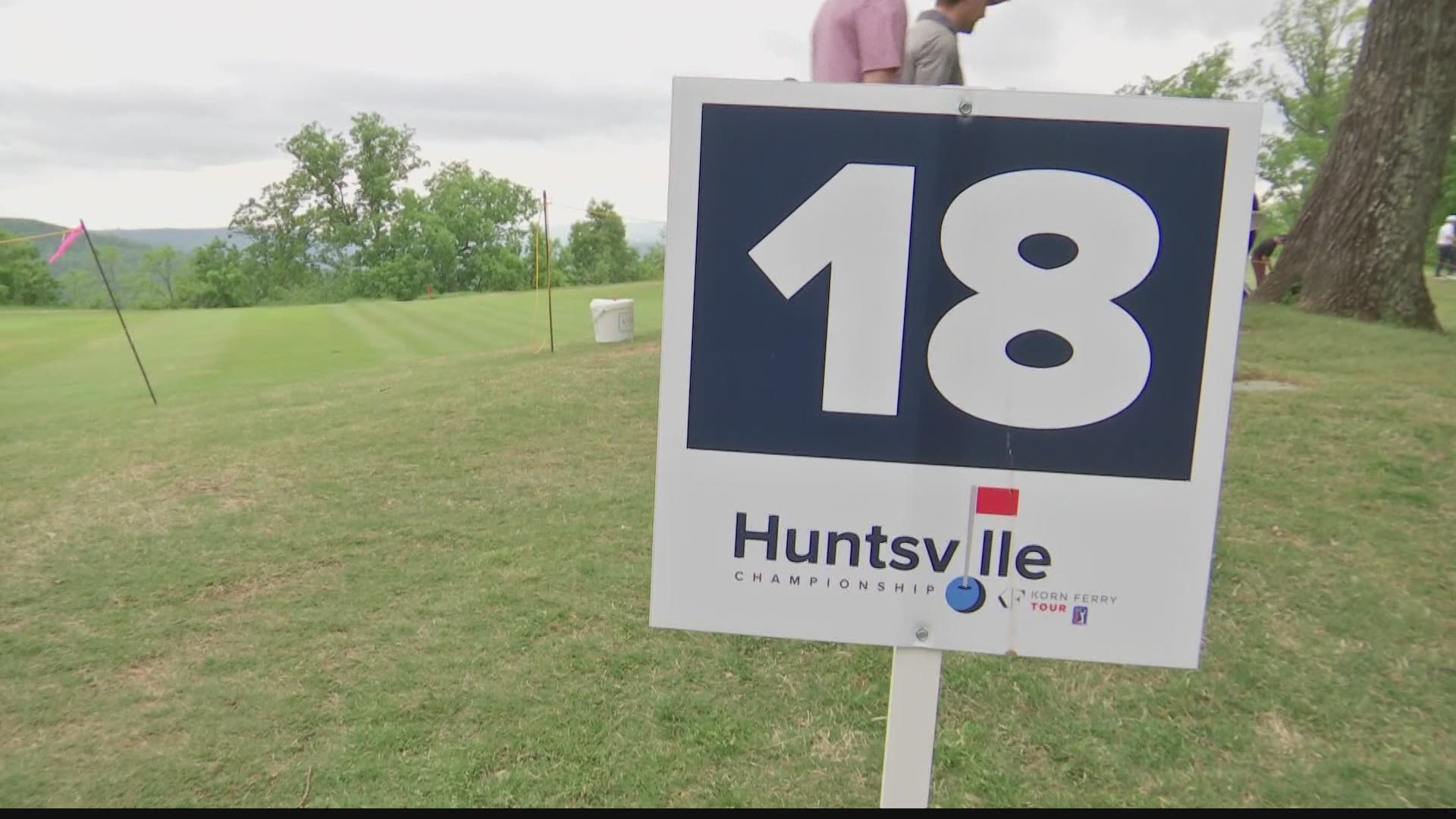 HUNTSVILLE, Alabama — Day one of the Huntsville Championship brought an interesting round of play as rain and fog made their way into the Tennessee Valley. Luckily for the golfers the elements didn't slow them down too much.

"The delay came a little bit later probably an hour I think 12th hole," says Davis Riley.  "So I had a little bit of time to settle down maybe that's probably good for me just needed a few minutes to really gather my thoughts and focusing to have a good finish like I did."

Alabama alumnus Davis Reilly finished out the day two under, putting him in the top half to competitors heading into day 2. Now he leaves the course with a different memory than what he had before.

"I probably played it like 12 or 13 times so it's definitely nice to come back to a place you're familiar with," says Riley.

Another close native to the course was Ardmore native Lee Hodges. Hodges finished out the day one under par, but something helping him get through it all is his group of supporters cheering him on.

Sights & Scenes from Round 1. pic.twitter.com/Cwu6snKyHj

"It's different I haven't played in front of people for a while especially that many people but it was a lot of fun though," says Lee Hodges. "They were very supportive they couldn't have been better they were very thoughtful of the people I was playing with they didn't really move around when they were trying to play so I thought they did great."

While the guys were focused on getting the ball in the holes, fans were able to focus on getting their bags in the hole. If you choose to purchase tickets for this weeks event, you can play a little cornhole while catching some of the best golfers on the links. Its guys like Lee Hodges and Davis Reilly who will be working their way up the standings.