This weekend, the Huntsville Havoc were back in action at the Von Braun Center. The former SPHL Champions held their final free agent scrimmage for fans to enjoy. 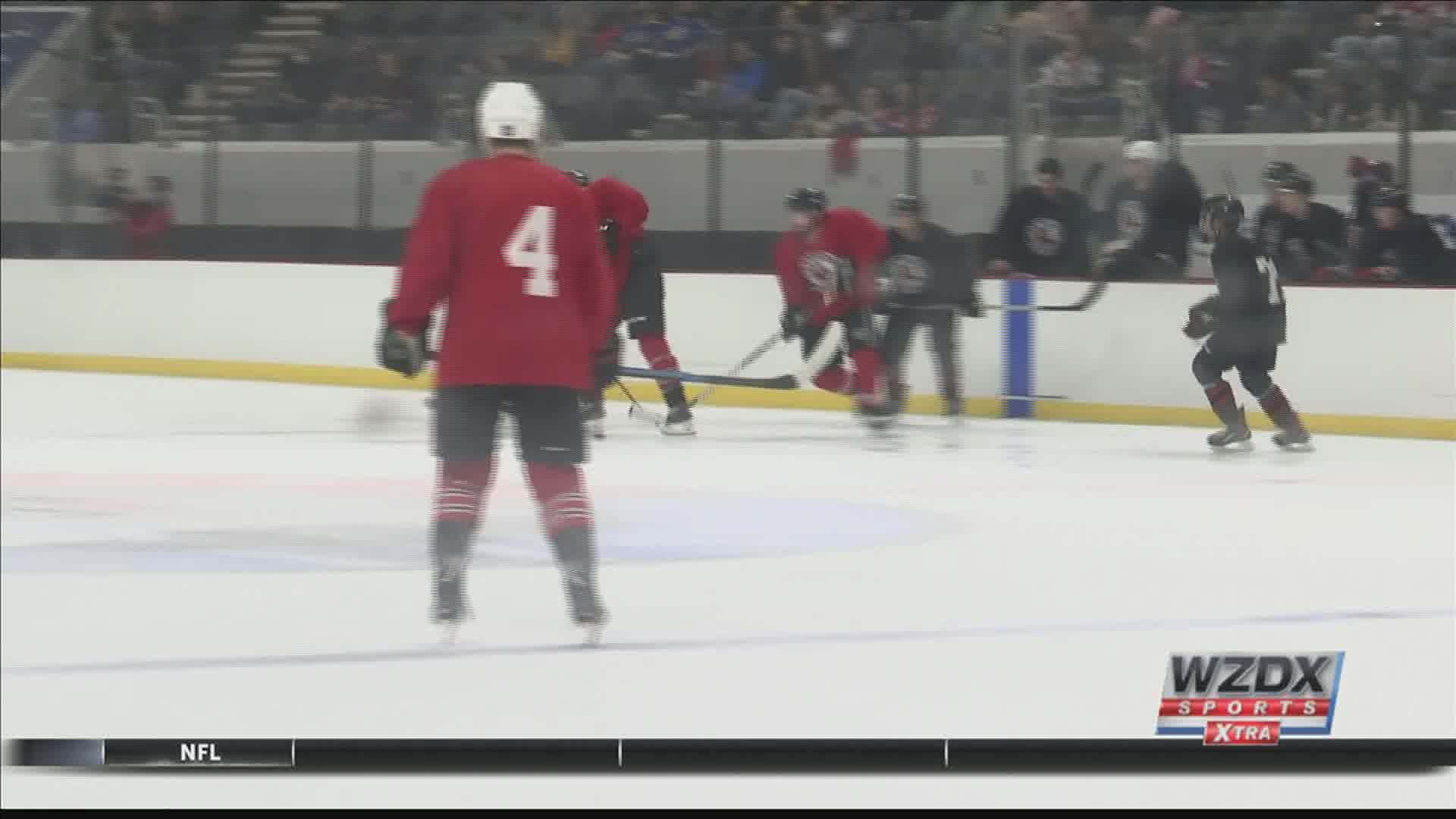 "it's a free agent camp so we have 42 players from all over the us," says Havoc Coach Glenn Detulleo. "Some from Canada and basically we're just evaluating."

These guys have been in Huntsville since Thursday, competing for a spot at training camp.

"We've had a couple of our players running the benches and coaching and we're just watching the players and we're trying to pull one or two of these players to come to our training camp in December and fight for a spot with our actual team," said Detulleo.

With each new player, comes a new story and that's something Havoc Head Coach Glenn Detulleo loves the most about the free agent showcase.

"You don't really know much more than what you learn on the weekends, says the Havoc Coach. "So for some people they're working jobs and this is kind of a dream, but they're taking a shot at it and will probably go back to work if it doesn't work out so really unique stories throughout everybody so its pretty cool."

It's GAME DAY. Join us as we launch our new TEAM STORE & cap off our 2020 Free Agent Showcase 🏒

But last night was geared more towards the fans and those fans were geared up for their favorite SPHL team.

"That was the part that i was pretty disappointed. When the season ended and we had 7 months of nothing," says Detulleo. "You're coming to the VBC everyday and its empty. It's quiet. There's no events going on just to see some life here is exciting and brings a little bit of hope I guess because maybe we're getting back to some normalcy. It's hockey weather. Its that time of year and to see our fans happy and excited is just awesome."

The Havoc's season won't kick off until late December and will only have 5 of the 10 SPHL teams competing.