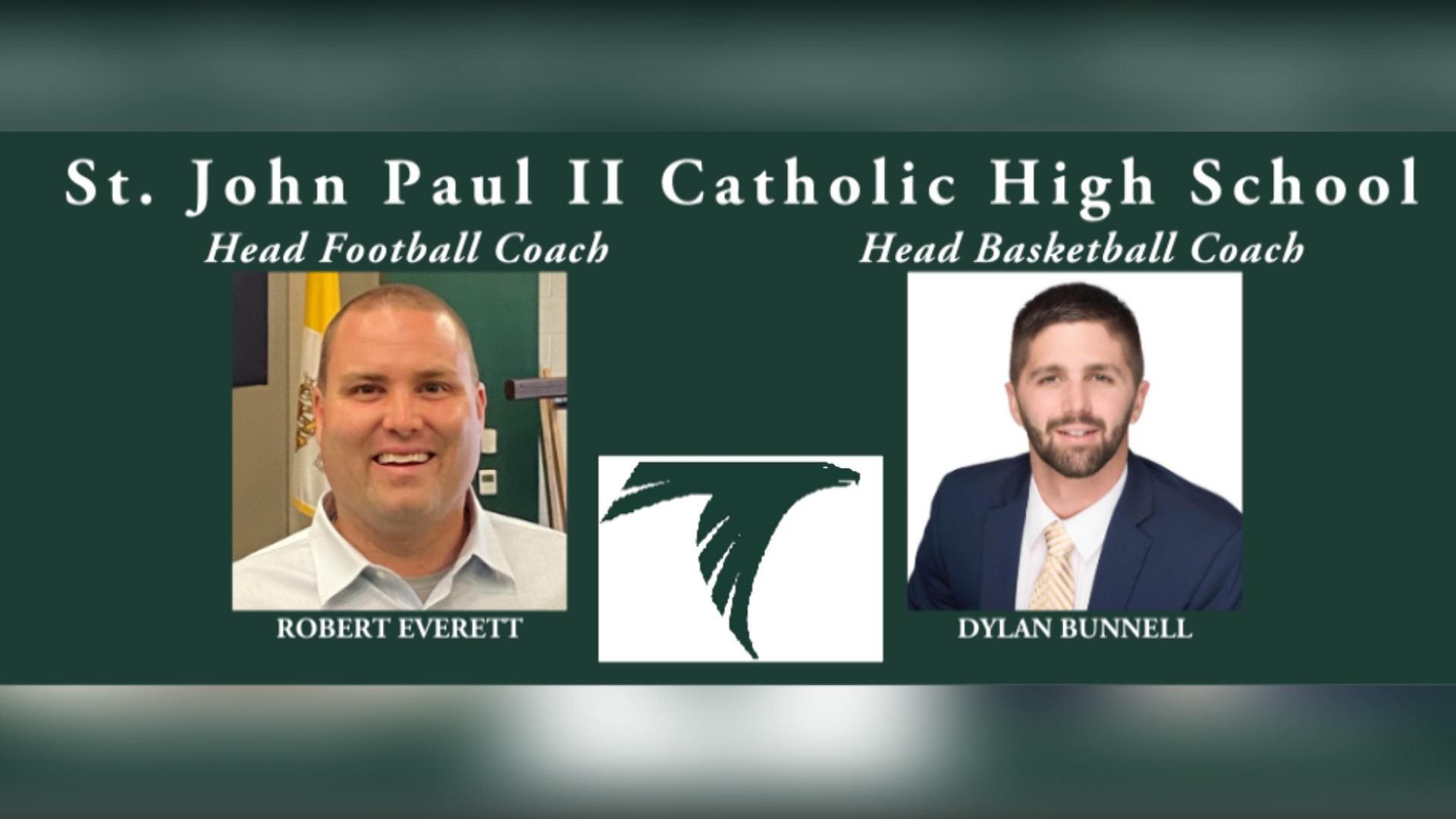 Mr. Robert Everett has been coaching football since 2004, beginning as a head coach on the high school level in Virginia and then working as a defensive coordinator at Bridgewater College. Mr. Everett went on to be the Tight Ends Coach for the Memphis Express, an AAF football team, while working as a coach advisor here in Huntsville. He has been an advisor for several programs in the NFL and NCAA, a National tackling advisor for USA Football, and even a Nike Coach of the Year Clinician. Coach is exceptional in that he merges traditional coaching techniques with cutting-edge training of the athletes. Coach Everett has a vision of 21st century football, where virtual reality can complement practice and drills from the gridiron, where state-of-the-art research related to concussive measures inform tackling technique, and where instruction, planning, and organization mainstream the formation and rigors of the student-athletes.

JPII President, Dr. Hollis stated: “While disheartened as a community by the abrupt departure of our previous football coach the weekend before preseason workouts were to begin, God has blessed us with a new and dynamic opportunity. I am excited by the skills, credentials, and vision of Coach Everett, who has stepped up and will take over as JPII’s Interim Head Football Coach this season. Coach Everett is not only a national figure and consultant on football technique spanning high school, college, and professional football; a consultant in football e-gaming technology, and a highly lauded former high school calculus teacher, he literally wrote the book on contemporary defense technique, Coaching the 4-2-5 Defense (2018). I am confident that Coach Everett, his vision, and his coaching team will usher in a new epoch at JPII.”

Coach Everett remarked: “I am excited by this unique opportunity to join the JPII program. I have heard of the cohesiveness, spirit, and commitment of the JPII community and am eager to take on this leadership position and to build on the school’s previous work. While it is a challenge to have a transition at this late time, I am committed to tackling those challenges together with the staff, student-athletes, families, and friends of the school.”

Mr. Bunnell comes to JPII from Brooks High School, where he was Assistant Coach of the Varsity boys’ team. He assisted in leading Brooks to their first Final 4 appearance in over a decade. Coach Bunnell has been coaching basketball for 10 years on both the high school and collegiate levels. In addition, he has organized and led multiple youth camps. He focuses on servant leadership, stating “There is no job too big or too small for me to do personally. I want everyone throughout our school and community to know that my leadership will begin with my ability and willingness to serve.”

“Basketball is a game built around individual skill,” states Coach Bunnell. “I will continue to spend countless hours finding ways to improve skill. I also look at individual development as a life skill. I will spend ample amounts of time investing in players' lives to make sure I am bettering them as human beings.”

Coach Bunnell will continue the great work of Stuart Allen, who leaves JPII after 10 years as Head Coach. JPII Headmaster, Dr. Russell reflected: “Over the past decade, Coach Allen brought newfound success and stability to our varsity boys basketball program, so we wanted someone who could build on his and the program’s accomplishments. Coach Bunnell has the coaching background and skill set to do just that. His coaching experience at the high school and collegiate levels, as well as his servant-leader mindset, is a great fit for our school’s mission and athletic program.”

RELATED: Marissa Koch signs a national letter of intent with the Utah Utes