Makayla Hobdy’s steal in the backcourt with 1:15 remaining in the 5A finals was converted into the go-ahead basket as Ch. Henderson held on to beat Madison Academy. 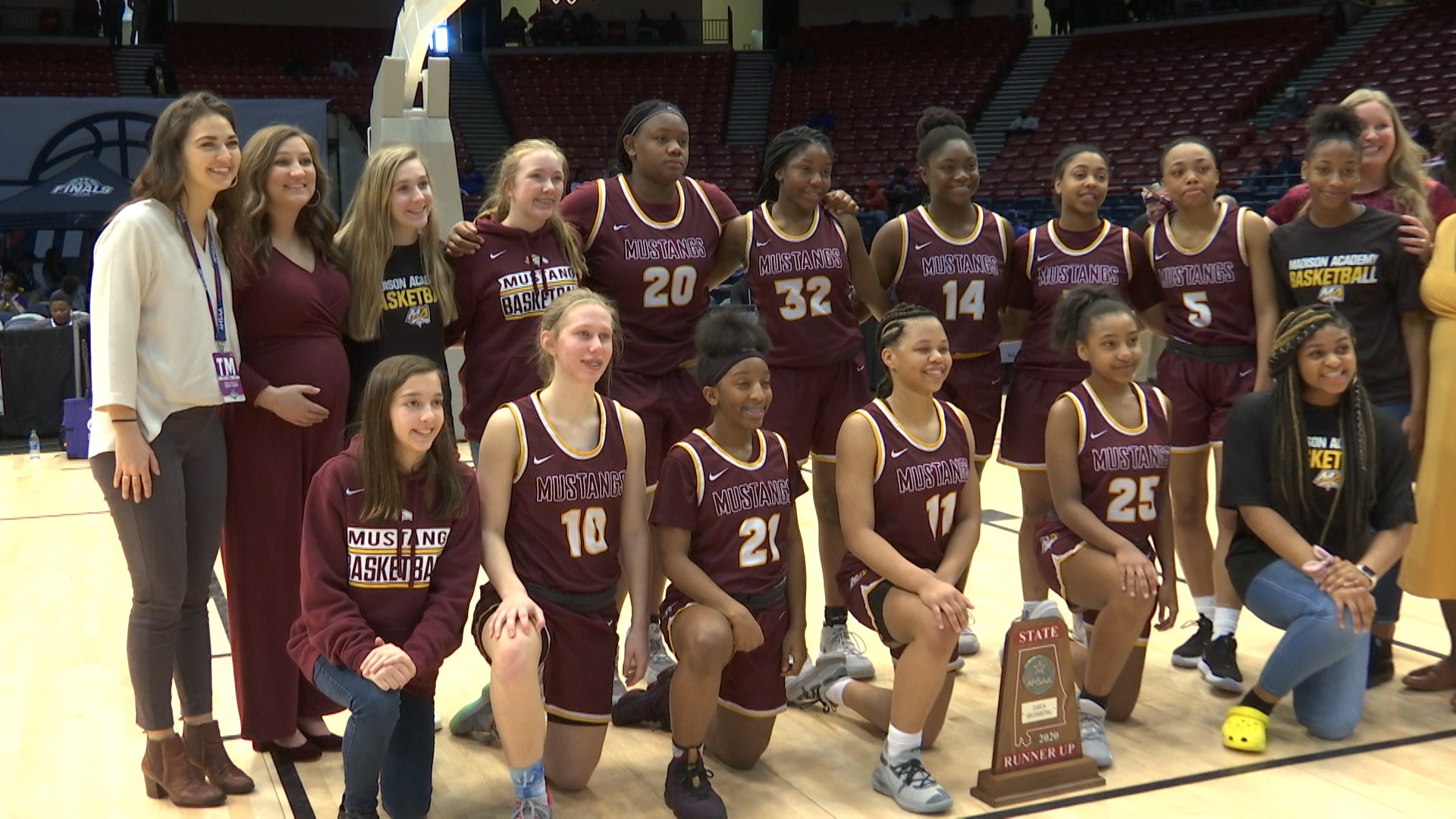 Makayla Hobdy’s steal in the backcourt with 1:15 remaining in the AHSAA 98th AHSAA State Basketball Tournament Class 5A finals was converted into the go-ahead basket and undefeated Charles Henderson held on to beat Madison Academy 50-48.
The victory closed out a perfect season for the Trojans (29-0) of Coach Dyneshia Jones as the final day of the 2020 State Tourney got underway at the BJCC Legacy Arena Saturday morning. Charles Henderson became the first girls’ basketball team to go undefeated since Leflore of Mobile finished 35-0 in 2016 to win the 6A title.
Hobdy, a 5-foot-5 freshman, was just one of several Trojan players who stepped to the forefront to secure the tough win over the Mustangs (31-5).  Coach Jones played just five girls the entire game – Hobdy finishing with five points, three assists and three steals. She also had four rebounds.
Senior team leaders Niaira Jones, daughter of the head coach, and Samiya Moore had 16 and 14 points, respectively, to lead the Trojans. Both played most of the final quarter with four fouls each. After Hobdy’s layup put Charles Henderson up 46-44 heading into the final minute, Jones sank two free throws with 45 second left to extend the lead to 48-44. Hobdy and Moore each canned  free throw to up the lead to five before Madison Academy’s Destinee McGhee sank a 3-pointer at the buzzer to cut the final lead to two.
Jones earned Class 5A State Tournament MVP honors. She also had two steals, two assists, two 3-pointers and was perfect on four free throws. She also had just two turnovers despite played all 32 minutes. Moore had 14 points, seven rebounds and four blocked shots. Mykyla Milton chipped in 10 points and Kristian Jackson had five.
McGhee had 20 points and 10 rebounds, Halia Morris had 13 points and Jaden Langford had seven points, nine rebounds and seven assists for Coach Alissa Flowers’ Mustangs.
The state championship was the second for Charles Henderson and the fourth time in a row for the Trojans to reach the AHSAA State Tourney semifinals or finals. Charles Henderson its first title in 2018. Madison Academy won the 4A state crown that same year and has three crowns overall (2011, 2017, 2018).