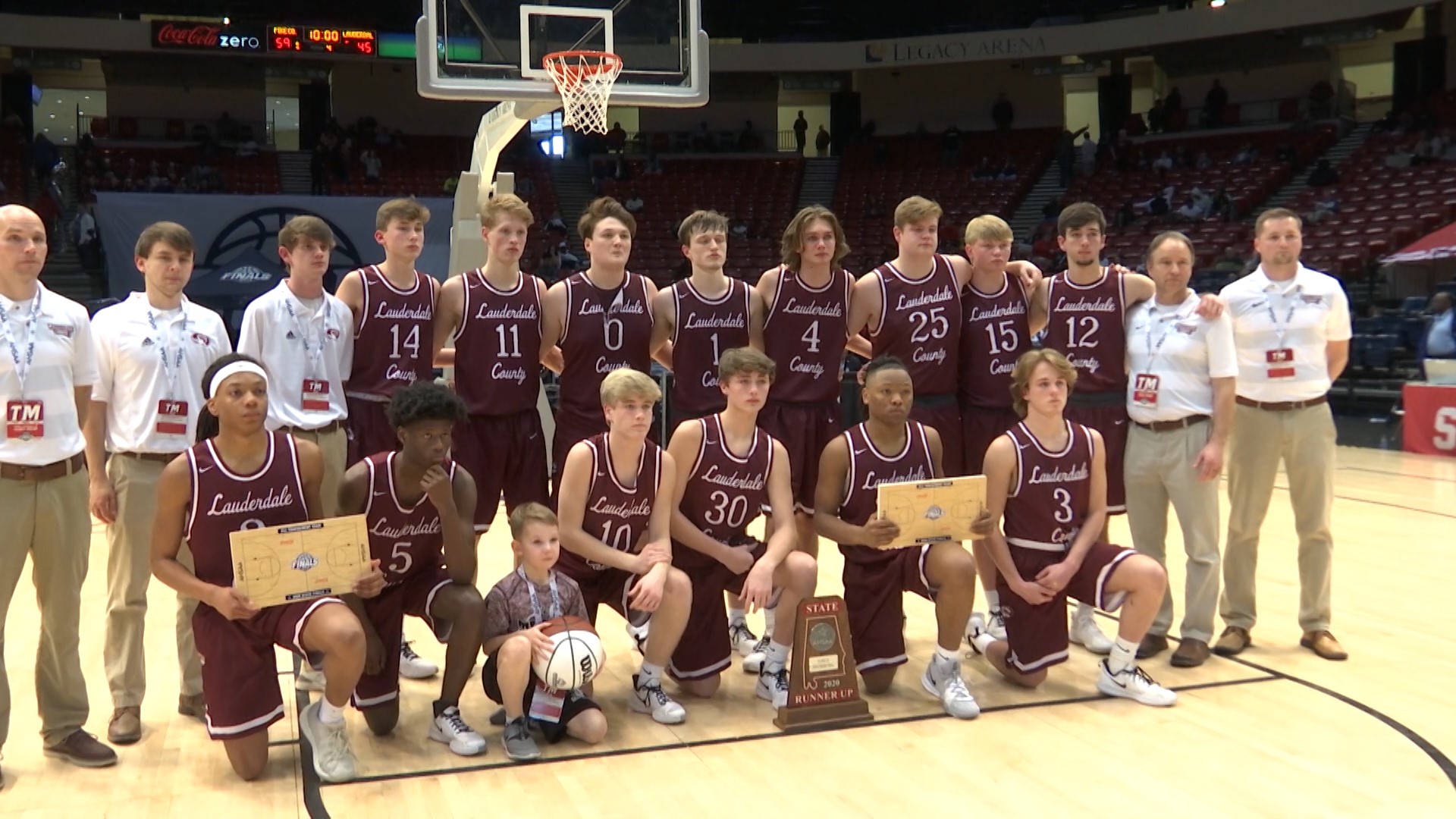 Pike County 6-foot-8 senior center Andres Burney scored 21 points and cleared 24 rebounds Friday to lead the Bulldogs to a 59-45 victory over Lauderdale County in the Class 3A boys’ finals at the BJCC Legacy Center as the 98th AHSAA State Basketball Championships.

Burney also blocked eight shots, altered a number of other shots and handed our three assists to earn MVP honors for the Bulldogs (24-6) coached by Doug Holland. The state title was the first in school history for the Brundidge school, which made its first appearance at the AHSAA State Basketball Championships in 2016. Burney, who got into foul trouble early in the semifinals Tuesday, did not commit a foul Friday’s championship game.

Pike County out-rebounded Lauderdale County (26-8) 44-22 and also limited the Tigers of Coach Mark Newton to just 27.6% shooting from the field (16-of-58). Ian Foster added 14 points for the Bulldogs and Omar Cumberbatch had 12. He was 6-of-7 at the foul line.  Burney gave Pike County a 3-0 lead in the first quarter with his only 3-point goal of the game and the Bulldogs led the rest of the game.