Kaleb Brown commits to the University of Missouri

Lee High School basketball standout Kaleb Brown verbally committed to Missouri on Monday afternoon. He will join his brother Kobe Brown on the team next season. 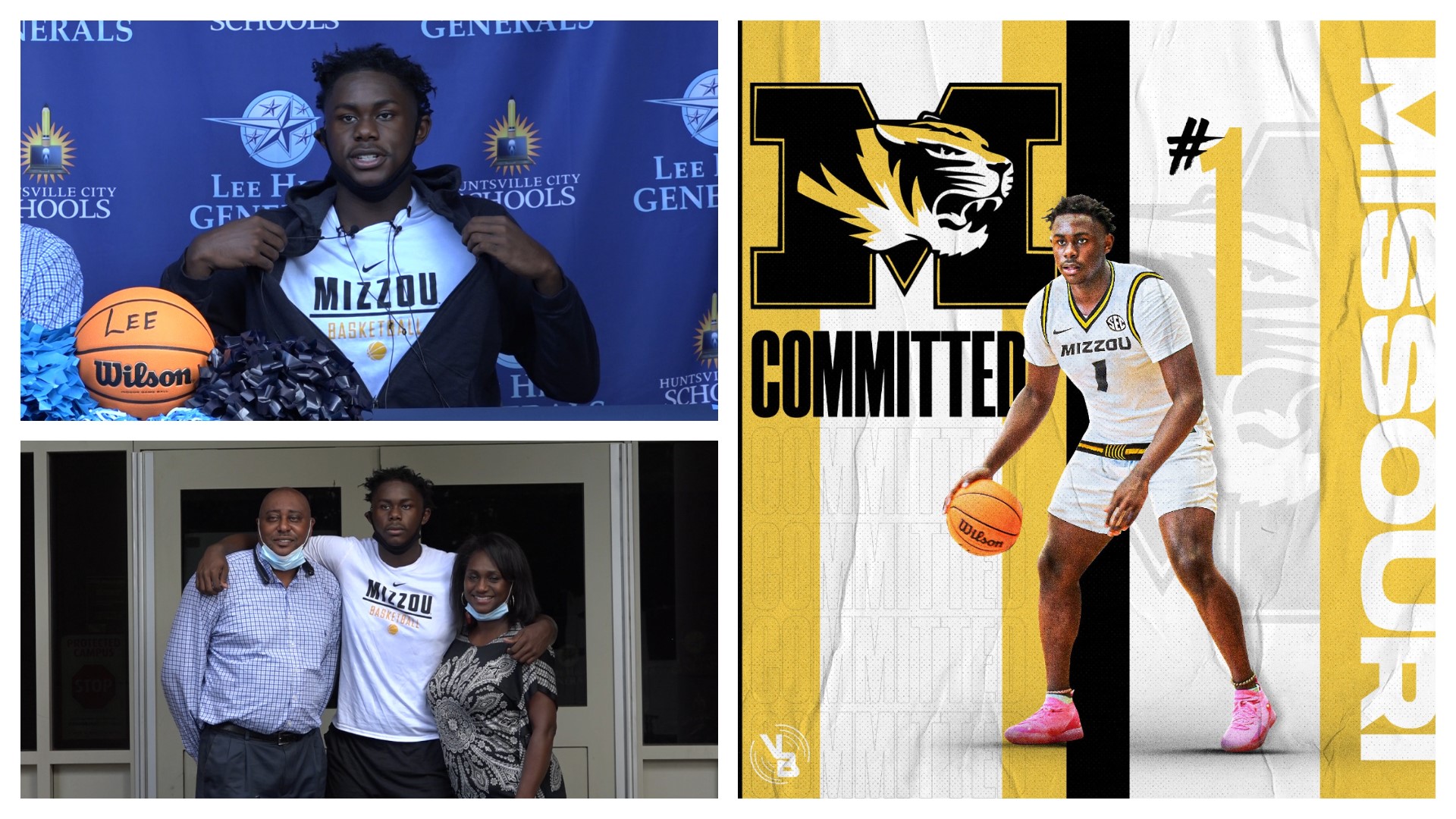 Greg Brown, the father and high school coach of both Kaleb and Kobe, said that If you had asked him a couple months ago, he would have thought his son would be bound for West Virginia or Virginia Tech. But ultimately, his comfortability with head coach Cuonzo Martin and the Missouri program led him to follow in his brother's footsteps.

Greg noted that even after Kobe initially committed to Texas A&M In 2018, Martin and Missouri continued to recruit Kaleb. Every time the family traveled to Columbia to watch Kobe play, he felt more at home with the coaching staff and the team. Given that the COVID-19 pandemic kept him from visiting most of his other top choices, that security that he would fit in with the Tigers was "huge."

"There’s nothing like knowing first-hand," Greg Brown said. "Everybody makes you promises, but sometimes promises change once you touch campus. So at least now he knows what he’s getting into. He’s been around this staff, the whole coaching staff at Mizzou, they’re wonderful guys, and to know that firsthand by speaking with them and watching them interact with the players, it’s a good fit."

The Browns were also impressed by Kobe's success during his first year on campus, both on and off the court. The elder Brown averaged 5.8 points and 3.7 rebounds in more than 18 minutes per game as a true freshman. Just as Important, though, Kaleb saw the weekly Zoom calls hosted by Martin In which Kobe and the rest of the Missouri team participated over the summer, which tackled everything from personal finance to racial inequality.

"Kaleb just loved Cuonzo and the things he stands for," said Greg. "He was just really taken by the Zoom calls this summer when Kobe was on them and they were talking about finances and just teaching life lessons every day, and that’s what we want for our kids. A lot of people look at coaches in terms of X’s and O’s and wins and losses, but you know, this guy really prepares a young man for tomorrow, and no matter what, tomorrow’s coming after the ball stops bouncing."

Like his older brother, Kaleb Brown projects as a versatile player at the college level. Greg said that the 6-foot-6 Kaleb is slightly quicker and has more point guard skills than his older brother, who mostly played at the three and four spots for Missouri this season. Greg expects Kaleb to play several different positions In the Tigers' system, Including running the point.