Kaden Young - Walter Jones B2EDi Off. Lineman of the Week

Madison Academy's Kaden Young excels on the field and in the community. That makes him an excellent recipient for the B2EDi Walter Jones Off. Lineman of the Week 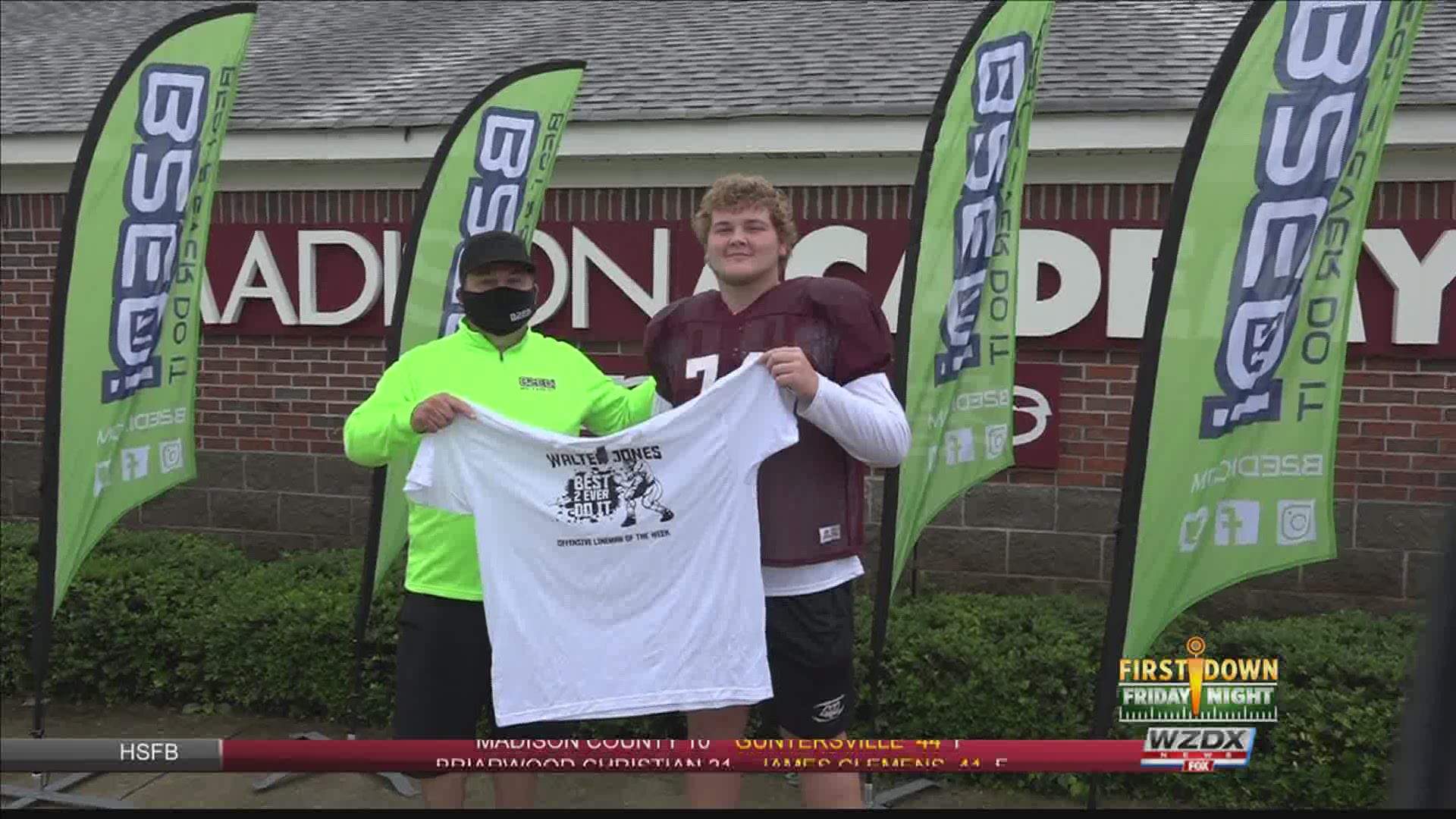 MADISON, Ala — Standing at six foot five and weighing nealy 300 pounds, Madison Academy center Kaden Young is no stranger when it comes to opening holes for his running backs and protecting his quarterback on Friday nights.

"It's a big responsibility and i understand that," says Kaden Young. "I love taking on that role i love the leadership role. I love last minute situations. I love it all. Offensive line is the most important position on the field. It takes some special people play it."

When Kaden isn't making plays on the football field, he excels at being a leader in the community especially when he and his teammates volunteer their time in the city and around the region.

"We’d go up there volunteer. it’s a really special place," says Young. "We also have volunteered through our church. I’ve been on a mission trip up to Kentucky and helped those in need. Life changing experience. I love to do stuff like that."

For his efforts on the field and in the community, WZDX and Best 2 Ever Do It are proud to present Kaden with the Walter Jones Offensive Lineman of the Week Award. The jr offensive lineman was honored to receive this award, especially since he actually tries to model his game around the Pro Football Hall of Famer.