Both Josh Pearson & Marcus Webb played together at Austin High School. Both had their struggles then and now they're heading the NFL. Coach Jeremy Perkins is proud 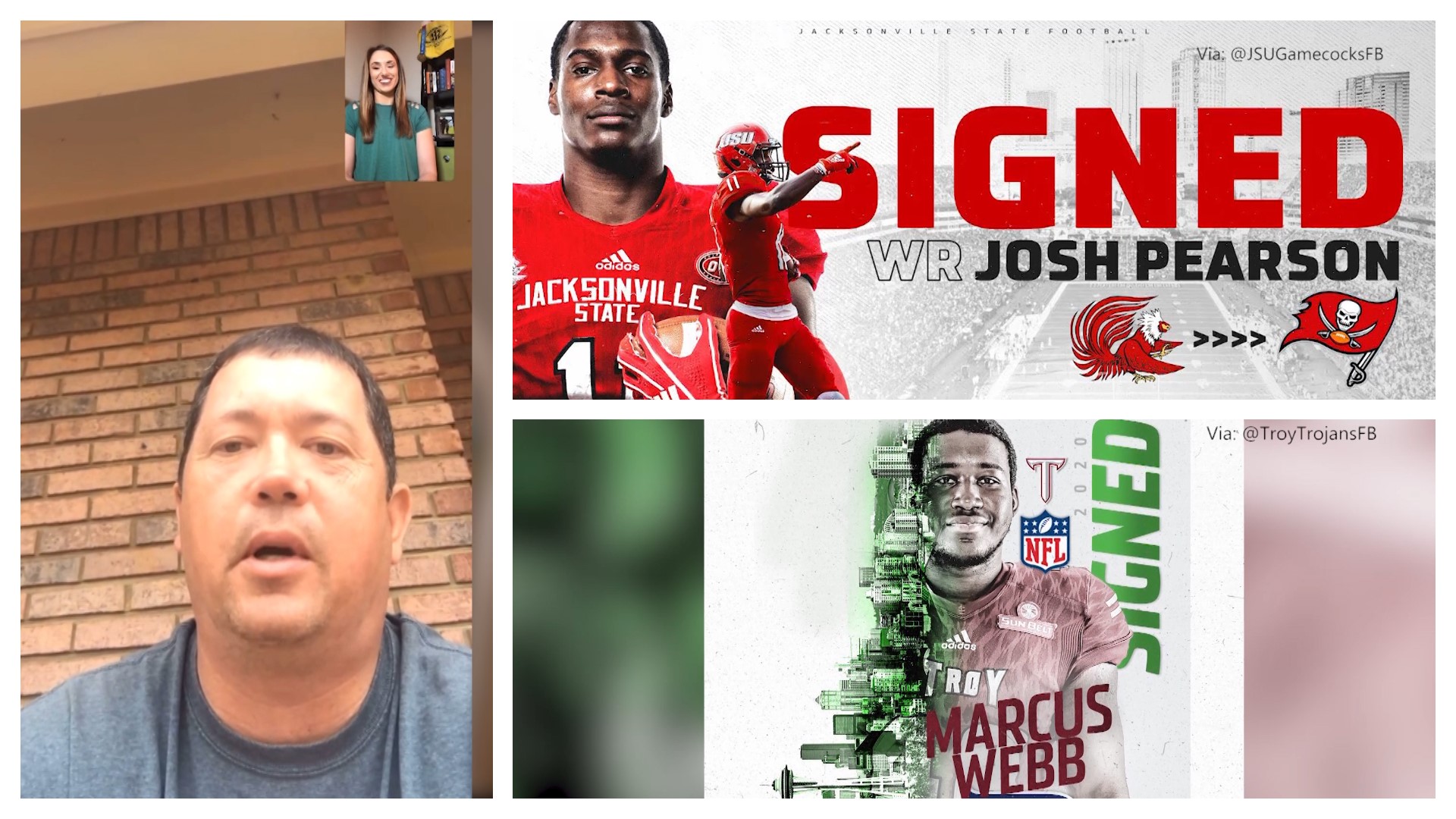 Josh Pearson and Marcus Webb played together at Austin High School. Both had their struggles then and now they're heading the NFL. Their high school Coach Jeremy Perkins is very proud.

"I mean they were both physically very talented," says Jeremy Perkins. "I mean Josh was this 6'4" wide receiver who can run and Marcus was kind of a beast physically."

The year was 2015 and wide receiver Josh Pearson was a senior at Austin High and he walked the halls with his head held higher.

"He walked around like a superstar at Austin High School. Everybody was in high spirits and they called him Seabiscuit."

But Josh was struggling with an internal conflict. Was he going to pursue his love of basketball or follow his dreams of becoming a professional football player?

"He didn't even play football his 10th grade year to focus more on basketball and he was a standout basketball player. So he went back and forth with those things and a lot of young guys don't understand that you can love both."

Little did Josh know that his younger teammate Marcus webb was also trying to overcome his own obstacle.

"His 10th grade year he had a hard time breaking into the lineup. He played some special teams, played a lot of JV but he struggled with the instincts of a linebacker. He looked the part but he struggled making the plays."

Initially a linebacker, Marcus found himself under-performing a and wondering what he could do to get better, Finally, Coach Perkins found him a spot on the line and things quickly changed.

"We moved him to defensive line his junior year and he just exploded. He was just almost unblockable," says Perkins.

Fast forward to the present day and now both Josh and Marcus are looking at opportunties to play with the best. Marcus is heading to Seattle and Josh is heading south to Tampa to find a connection with new Bucs QB Tom Brady.

"Tom Brady had reached out to him because he was pretty high on their board as far as trying to sign whether it be a draft choice or free agency."