Mae Jemisons' JaQuan Toney excels on the field and in the community. Learn more about this week's Walter Jones B2EDi Offensive Lineman of the Week. 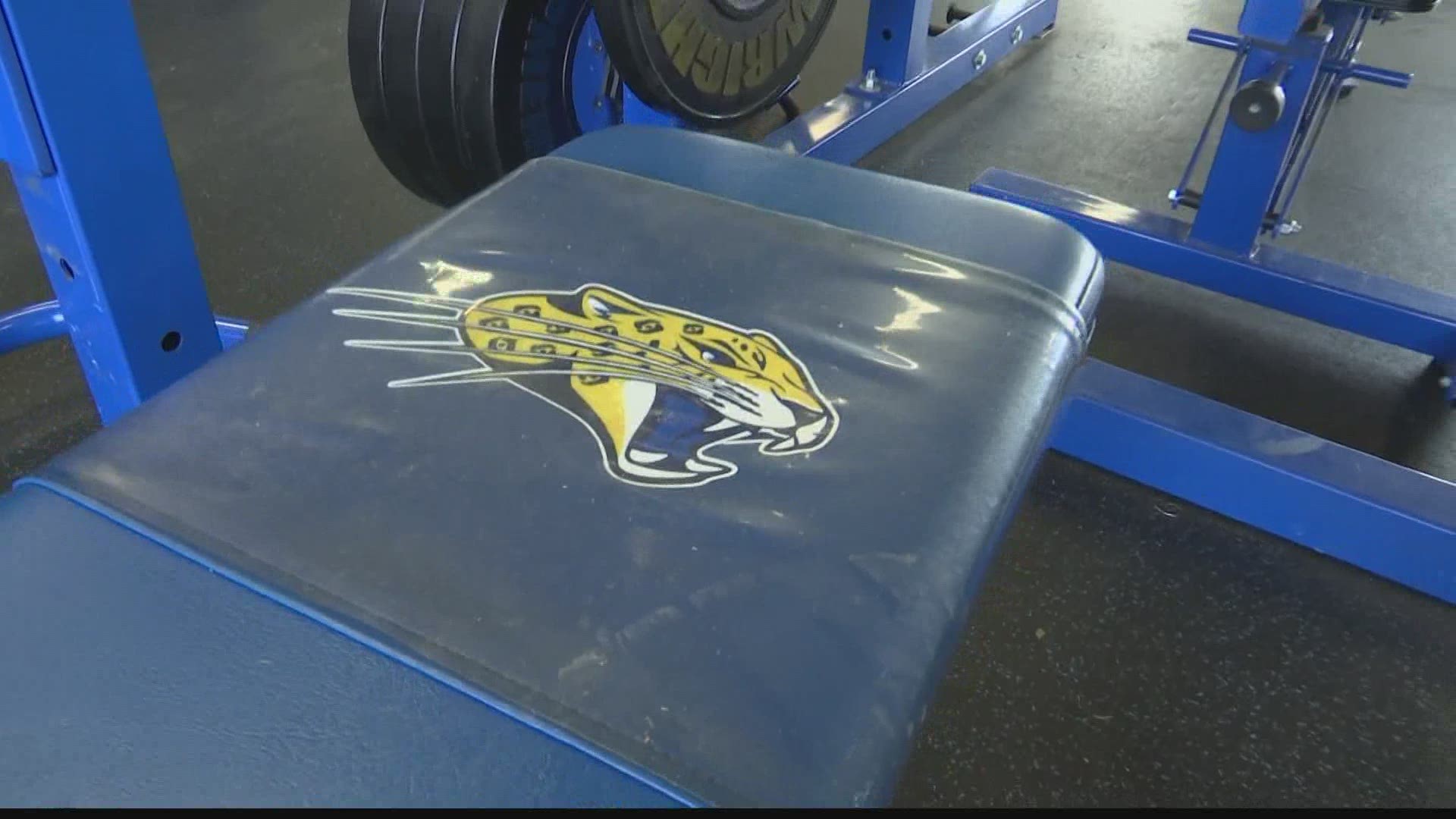 HUNTSVILLE, Ala. — Coming in at 6' 4", 280 pounds, senior O-lineman JaQuan Toney was awarded this week's Best 2 Ever Do It (B2EDi), Walter Jones Offensive Lineman of the Week.

The explosive player from Mae Jemison was able to Facetime NFL Hall of Famer, Walter Jones after practice this week for some words of encouragement, and to congratulate him on earning the honors.

"No I did not expect this, I thought this was a team thing," he said after receiving the honor.

Toney said the best part of being on the line is knowing he's the engine of the team. Growing up he always dreamed of making it to the NFL, so he attended pro camps like Walter Jones' to help develop him into the player he is today. He said that's something he hopes to be able to do for his community in the future as well.

When asked he said, "Most definitely. Exposure is the biggest thing for most football players."

On the field, Toney is known for his power. Off the field, he's known for his big heart. He and his family volunteer time feeding the homeless whenever they can. But when Fall wraps up, and Winter rolls in, Toney gears up for another sport he enjoys, wrestling.

"I like it because it's just you and the other guy. It's kind of like 'last man standing.'"

WZDX and B2EDi will choose a winner each week, and each winner will be invited to a banquet later this season to celebrate their accomplishments.

Congratulations to JaQuan on being this week's Walter Jones B2EDi Offensive Lineman of the Week. Check out who wins each week on WZDX's First Down Friday Night show on Friday's at 10pm or on WZDX Sports Xtra Sunday at 10pm.