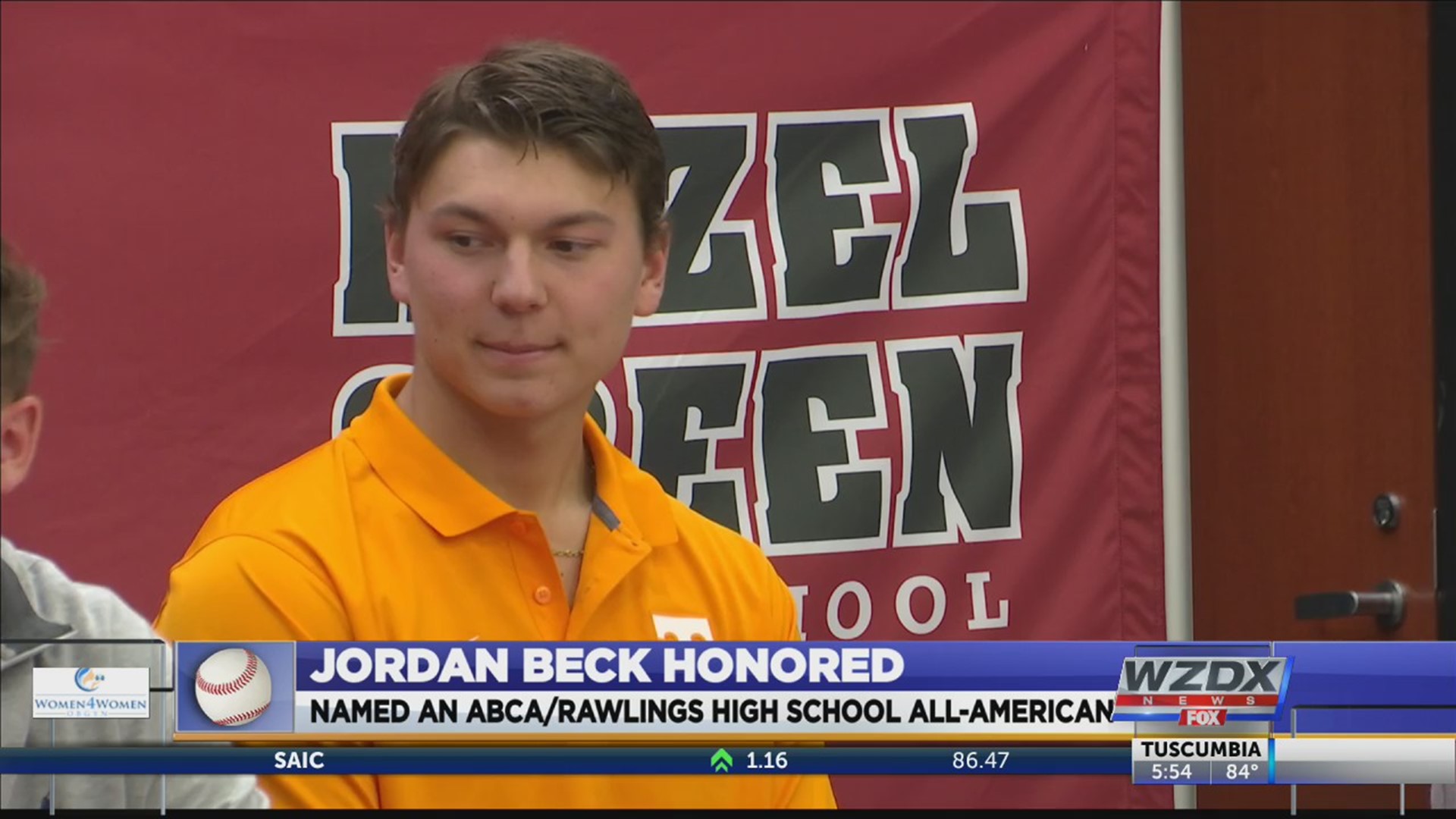 Hazel Green graduate Jordan Beck earned All-American honors from ABCA/Rawlings today. The Tennessee signee hit .500 with 13 homers, 16 doubles, 52 hits and 52 RBIs and was selected as the AHSAA Class 6A Hitter of the Year. As a junior, Beck played a key on the Trojans’ baseball team that won the AHSAA Class 6A Baseball Championship.

The ABCA, founded in 1945, is the primary professional organization for baseball coaches at the amateur level. Its over 11,000 members represent all 50 states and 23 countries. Since its initial meeting of 27 college baseball coaches in June 1945, Association membership has broadened to include eight divisions: NCAA Division I, II and III, NAIA, NJCAA, Pacific Association Division, High School and Youth. The 76th annual ABCA Convention will be held Jan. 2-5, 2020 in Nashville, Tennessee.

About Rawlings
Rawlings Sporting Goods Company, Inc. is an innovative manufacturer and marketer of sporting goods worldwide. Founded in 1887, Rawlings is an authentic global sports brand, trusted by generations of athletes of all skill levels. Rawlings’ unparalleled quality and expert craftsmanship are the fundamental reasons why more professional athletes, national governing bodies and sports leagues choose Rawlings. Rawlings is the Official Ball Supplier and Batting Helmet of Major League Baseball®, the official baseball of Minor League Baseball™ and the NCAA®, and an approved baseball, basketball, football and softball of the National High School Federation®. For more information, please visit Rawlings.com or by phone at (314) 819-2800.