The Whitesburg Christian Warriors will play their first game as a varsity program tonight in Gurley. 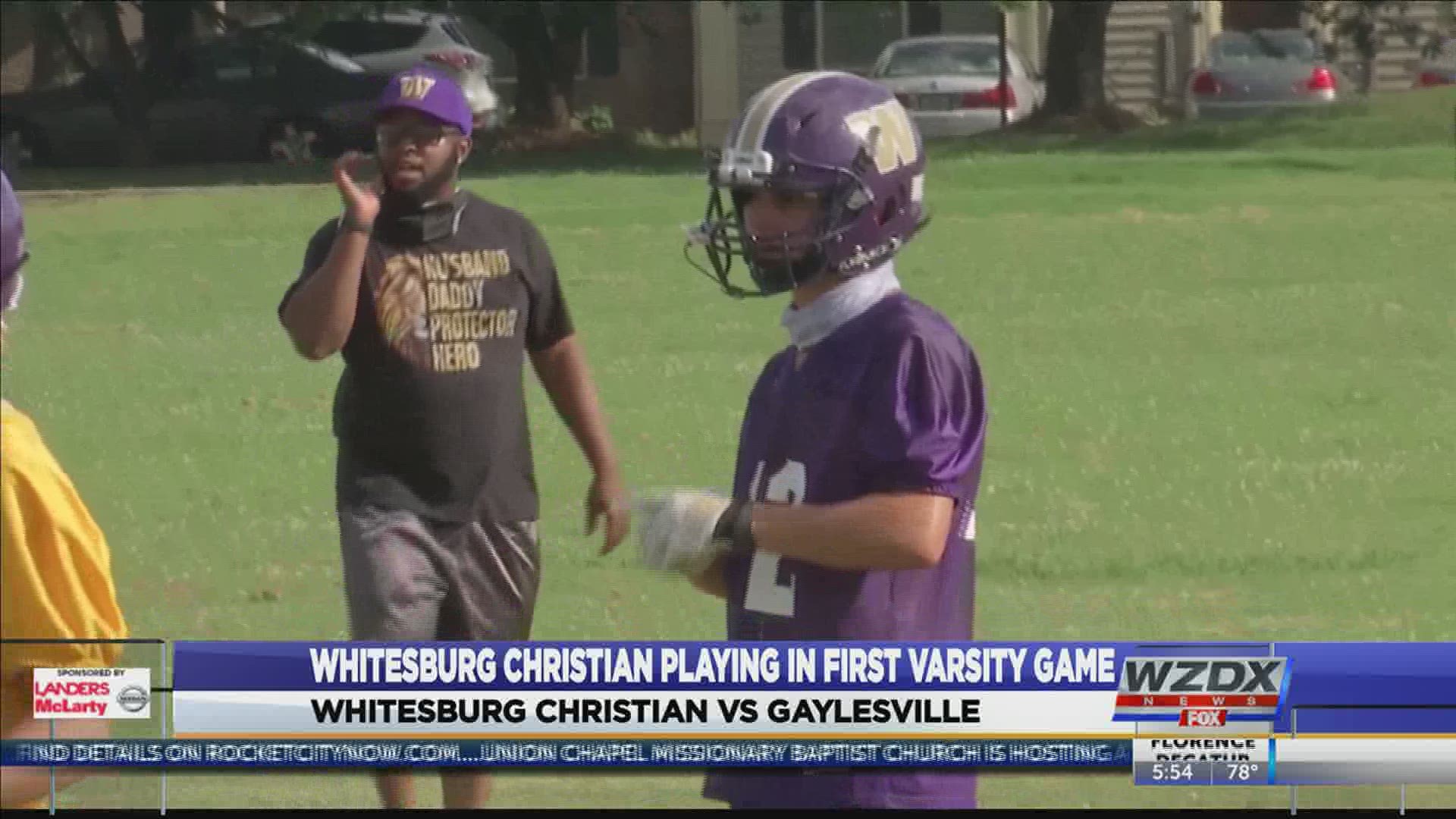 GURLEY, Ala. — Tonight our Varsity game of the week takes place at madison county elementary where Whitesburg Christian is hosting their first varsity game in school history. Tonights matchup will be against Gaylesville, who is coming off of a 2-win season.

Last season, Gaylesvilles' starting quarterback went down with a knee injury. But this year he is in fact back and ready to go.

Whitesburg's Michael Harper is in his first year as a head coach. Earlier he told us that nerves are a big factor in tonights game, but his guys couldn't be more excited to prove their worth this season.

"Regardless of it being the first ever varsity game, football is football," says Harper. "The same things that win games at every level all the from peewee to the nfl you know blocking and tackling, that's what wins games. So that's what we're focused on."

The Warriors will be competing this season in Class 2A, Region 7. If you want to catch tonight's game, kick off is at 7 PM at Madison County Elementary.

We make history tonight! The inaugural varsity season begins tonight, at home vs Gaylesville. Kickoff is at 7:00 pm, with Senior Night festivities beginning at 6:30 pm. We play our home games on the campus of Madison County Elementary School, 173 Wood St. Gurley, Al. pic.twitter.com/q7aUkIdohQ