Earlier this week, Madison County mandated masks in public. But for many local athletes, wearing a mask has been the norm since football practice resumed a month ago 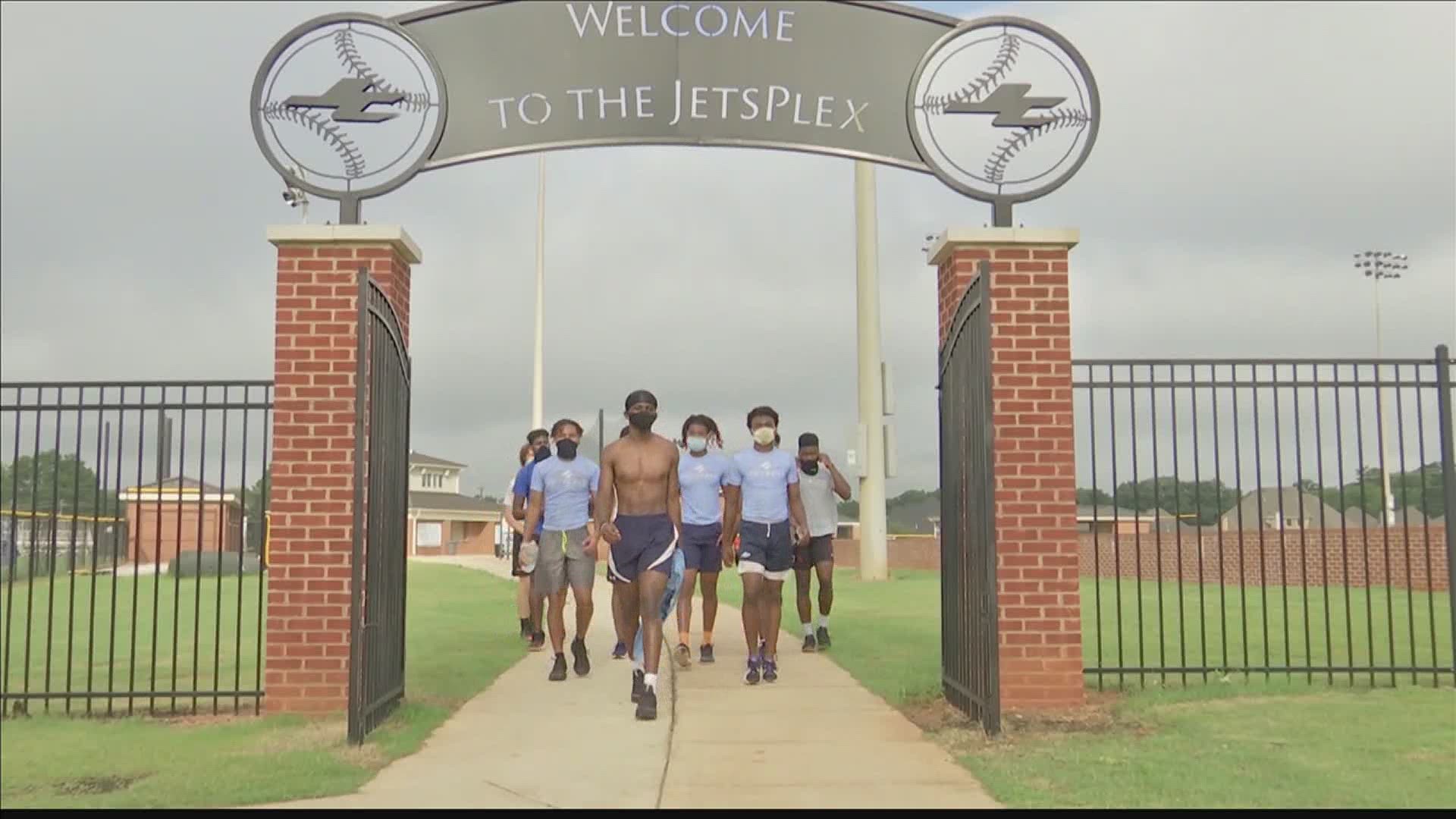 This week Madison County mandated masks in public, but for many local high schools masks have been the norm since football practice resumed last month.

"It's just become another coaching point," says James Clemens head coach Wade Waldrop. "Basically you're coaching ball security and effort. You're coaching all these different things, you're coaching staying 6 feet apart or get your mask on when we're not in a drill."

The Jets are all about catching passes.Not viruses and for head coach Wade Waldrop that goes for both on the field and off.

"Just try to encourage our guys to do what's right to help them," says Waldrop. "We've talked to our kids about when they leave campus, being conscious of what's going on. Who you're hanging out with, the environments they're hanging out in will ultimately effect what they're doing here at practice then eventually on Friday night."

High school football has been back in session since last month. The Jets have been making sure they're staying healthy by continuing to enforce their current policies.

"Make sure we're washing our hands, hit the hand sanitizer on your way off the field, hit it on the way into the field. Just those additional policies and procedures that as a coaching staff, you've been working together for years and you've got your way of doing things and now you're having to add additional protocols to what you already had in place."

Players are required to put on their masks when helmets are off and when teammates are nearby, but adaptability is exactly what they've been preaching at James Clemens since day one.

"The same thing we've told them since Day 1, 8 years ago. You've got control over what you can control, you've got to focus on that. You cannot focus on the other things that are beyond your control and right now the mask is not in their control. They have to do it. So there's no option on that. If we're worried about that or thinking about that then we're not thinking about our next rep or our next play. It's the same motto for all the adversity that all athletes face during sports."

Each adversity comes with its own difficulty but Coach Waldrop says using the masks in practice haven't posed a problem for players yet.

"Not difficult, but annoying for the players. Difficult no though. Players are able to adapt, but I can tell from them the feeling they have at times when they're hot, they're tired, they can't breath well and we tell them they have to put their mask back on but hey it's what we've got to do."