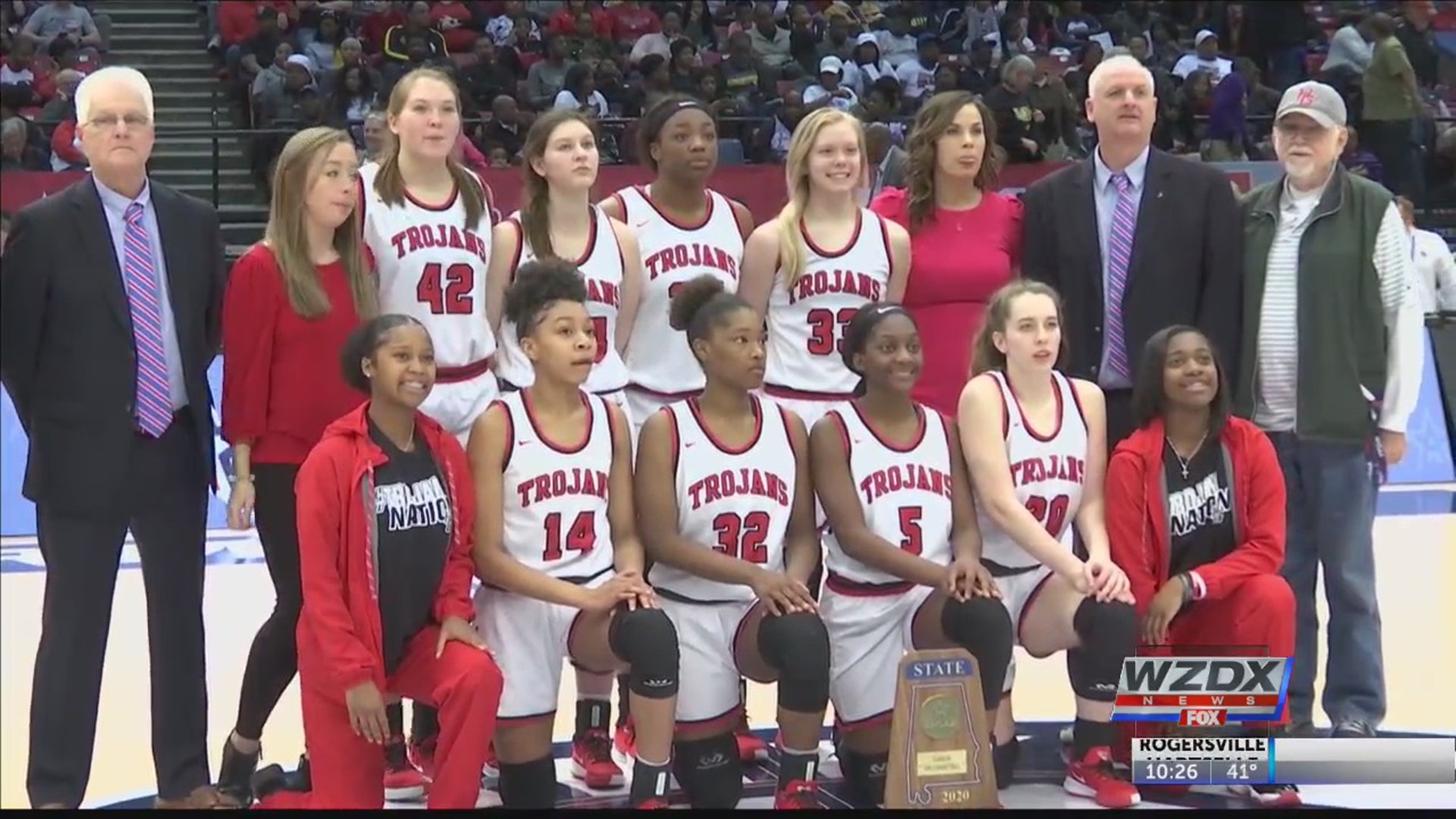 Coach Tim Miller’s girls battled back from a six-point deficit in the fourth quarter to get the win at 98th AHSAA State Basketball Championships being held at the BJCC Legacy Arena.
A big reason was senior center Farrah Pearson. She had 24 points and 12 rebounds to earn MVP honors. She was particularly strong inside in the fourth quarter when Hazel Green (35-2) outscored Coach Scott Blair’s Yellow Jackets (28-8) 17-7 to retake the lead for good.
Katie Johnson also had seven points for Hazel Green, which now has four state titles (1995, 2018, 2019, 2020). For Miller, it was the seventh of his career – with championships won at Bob Jones and Jeff Davis.
Jamya Tyus led McAdory with 10 points, three steals and two assists. She made two 3-point goals. Tyus finished her prep career scoring more than 2,000 points for the Yellow Jackets. Jordan Austin had nine points and 10 rebounds, Laquaria Mays had six points and four assists and Kalyn Quicksey totaled five points and six rebounds.
McAdory reached the state finals for the first time. The Jackets defense allowed only 13 made field goals for the game. However, Hazel Green sank 14-of-20 free throws and McAdory was 1-of-2.