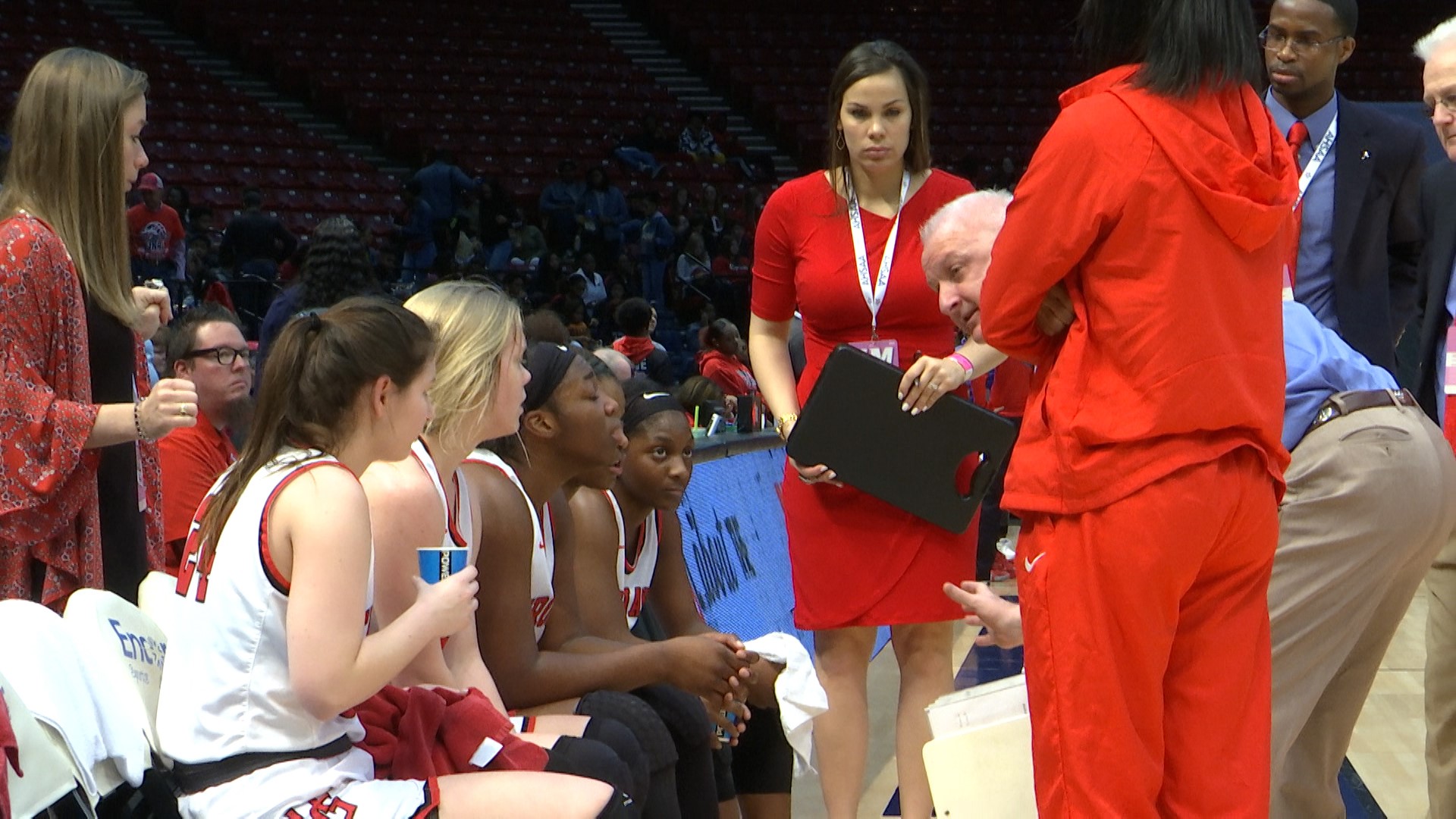 Hazel Green High School’s smothering defense propelled the Lady Trojans (34—2) to a 46-35 victory over Opelika Wednesday morning as the Class 6A semifinal battle opened the third day’s action at the 98th AHSAA State Basketball Championships at the BJCC Legacy Arena.

Coach Tim Miller’s girls advance to the 6A finals Saturday at 12:30 p.m. Saturday against McAdory.

Hazel Green forced 17 turnovers, won the rebound war 34-20, limited the Bulldogs (27-7) to just 13-of-41 (31.7%) from the floor and 3-of-19 from 3-point zone (15.8%) but still had to sink 11 free throws in the final period to seal the win. Maggie Telaga and Samiya Steele each ad 14 points to pace the Trojans on offense. Telaga made four 3-pointers and Steele was clutch at the foul line sinking 5-of-6.  Farrah Pearson had eight points and a game-high 13 rebounds, MaKenzie Hill had 10 points and eight boards, and Katie Johnson also had eight rebounds.

Opelika (27-7), which rallied in the fourth period to close the gap to 39-35 with 1:13 to play, was forced into a foul situation the rest of the way and the Trojans sank six in a row in the final minute. The Bulldogs of Coach Devin Booth  were led by Kaitlyn Bryant’s nine points, three assists and two steals. Haley Sanders added seven points and Ananda Hughley had four points and six rebounds.
Hazel Green and Opelika met in the state finals last season. The Trojans have captured three state titles (1995, 2018, 2019) and will be going for their third in a row Saturday.