Fyffe coach Paul Benefield reflects on coaching career after picking up win No. 300 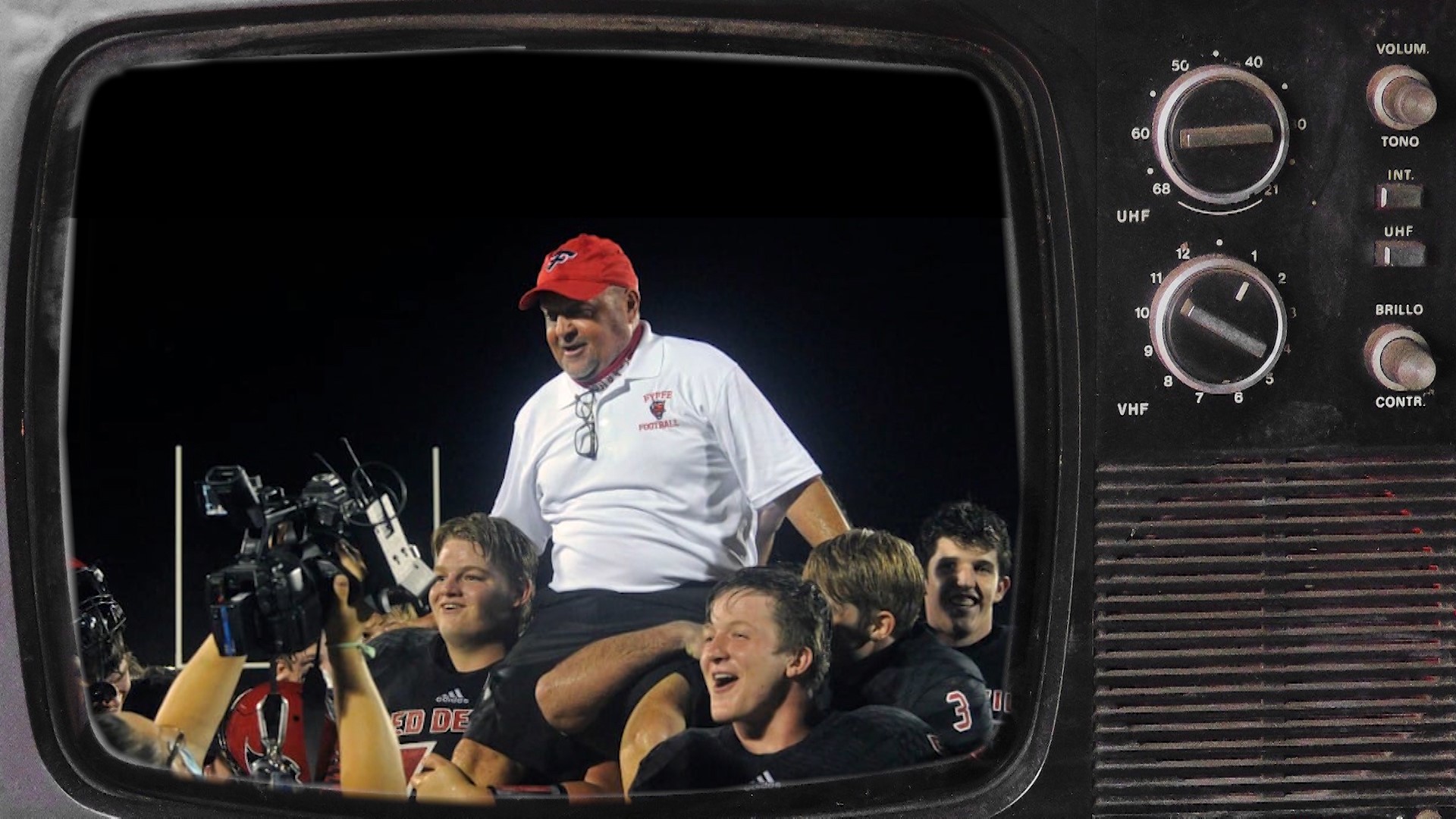 FYFFE, Ala — Not even a screen writer could have written a more perfect story.

He's just a living legend. On September 11, 1992, Paul Benefield picked up his first ever win as a head coach with Sylvania High school. Exactly 28 years later. September 11, 2020 he got his 300th career victory over Sylvania against the very school where he got his head coaching start: Sylvania.

"To me it really didn't matter who it was," said Coach Benefield. "It was just amazing you just feel honored and blessed to even be able to coach that long."

Paul Benefield grew up in Fyffe. He remembers playing little league ball on the fields next to the football stadium.

Things have changed a lot since then.

As he's been the head coach at Fyffe for almost 25 years and the football stadium is also named after him.

"I remember there wasn't much of a fence around this field so it's just special to know and you hope all the guys that went to school with you and played for you are proud," says Paul Benefield.

Coach Benefield's 300th career win makes him a part of a prestigious group . You can count on just two hands the number of Alabama high school football coaches who are a part of the 300-win club.

This accomplishment even gained the attention of NFL Hall of Famer Brett Favre and former MLB player and manager Pete Rose.

"Those are some of my favorite athletes and you know I'm a huge Packers fan."

Hitting the 300 win mark is just another thing to add to Coach Benefield's list of accomplishments throughout his head coaching career.

He's won four state titles and has won 85 percent of his games, which is one of the best winning percentages in Alabama high school football history.

But when you ask Coach Benefield what means the most to him... it's not the accolades, the plaques, or even the wins..

Here are some pictures of the fyffe Red Devils defeating the Sylvania rams last night 49-20, to give coach Paul benefield his 300 win as a head coach his record now is 300-53, the red devil bunch improve to go to 3-0 on the season, 2-0 in region play. Again congrats coach! pic.twitter.com/jbcW7Jl8eL

Coach Benefield is coming up on his 30th year as a head coach and as for his final act? He says stay tuned because you never know when the story might end.