Athens running back Jaylen Gilbert ran for 224 yards and scored 2 touchdowns last week in Athens' 19-7 victory over Hartselle. He is the newest FDFN MVP. 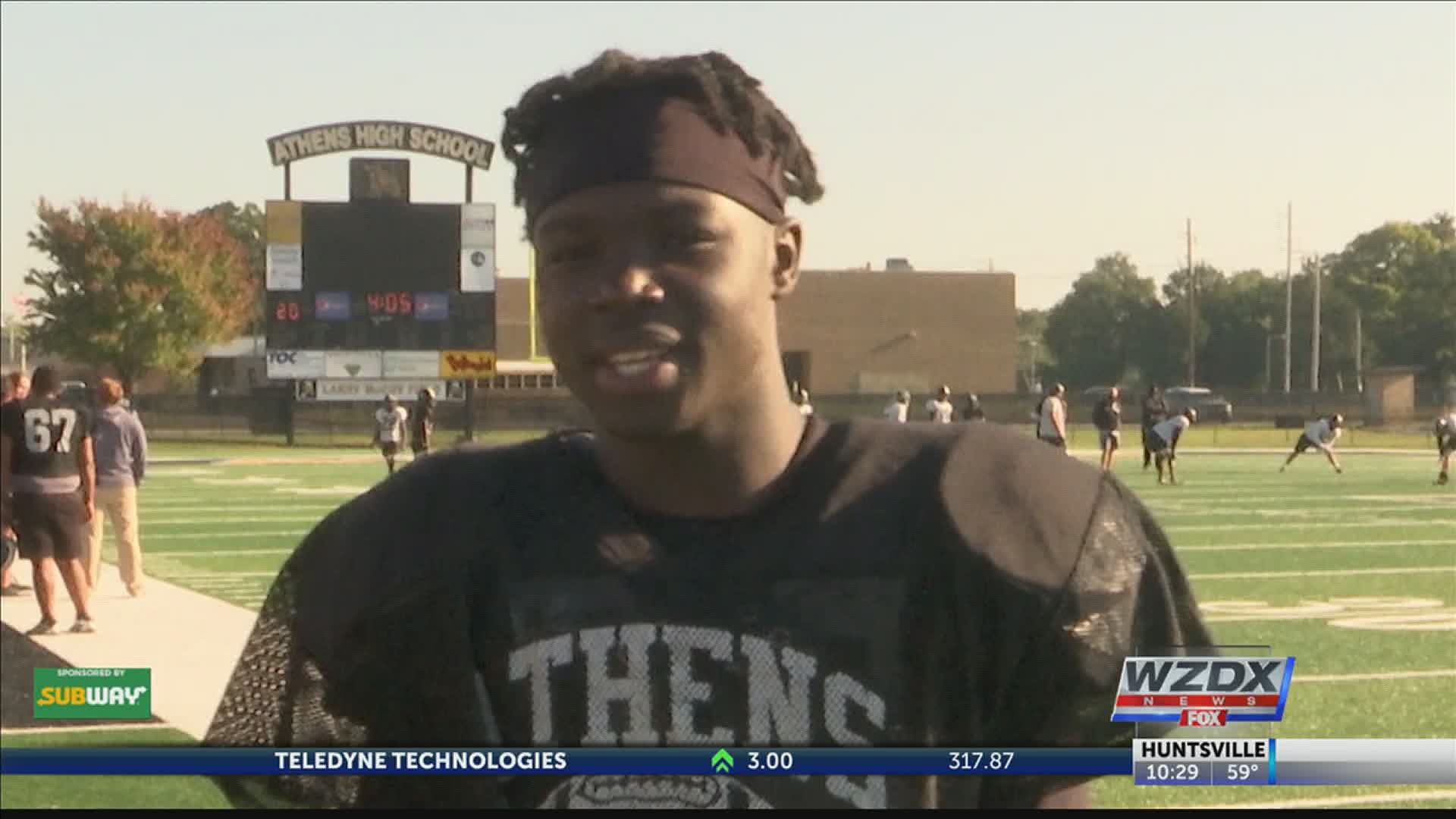 Ever since he's been here he's been one of the hardest working kids we've had.

For Athens high school senior running back Jalen Gilbert the football field is like his second home.

"It's a blessing to just come out here and play we're not taking nothing for granted," says Jaylen Gilbert. "We're taking it week by week and just enjoying every moment we can with each other."

"I really didn't feel like 52 to be honest," said Gilbert. "I felt more like 20 but whatever I have to do to help the team get the win that's what I'm going to do."

"I was dumbfounded after the game," said Athens Head Coach Cody Gross. "I was like we just handed the man the bar 50 times but like he told me Coach I think I could've carried it 20 more."

Though Jaylin has never carried the ball that many times in a game before he's no stranger to rushing for over 200 yards.

Against muscle shoals he put up 242. Against Hueytown 292.

"It's not all just on me it's my offense of line creating gaps in my white out blocking on the perimeter and just helping me out it's all teamwork," said Gilbert.

Just seeing him come out and be successful is very rewarding and our offense of line and receivers are doing a really good job of blocking for him.

Jaylin's performance on the football field is undeniably amazing but Head Coach Cody gross says what makes him so special is that he's just as remarkable off the field.

Huge congrats to our first down Friday night MVP of the week Jaylin Gilbert.