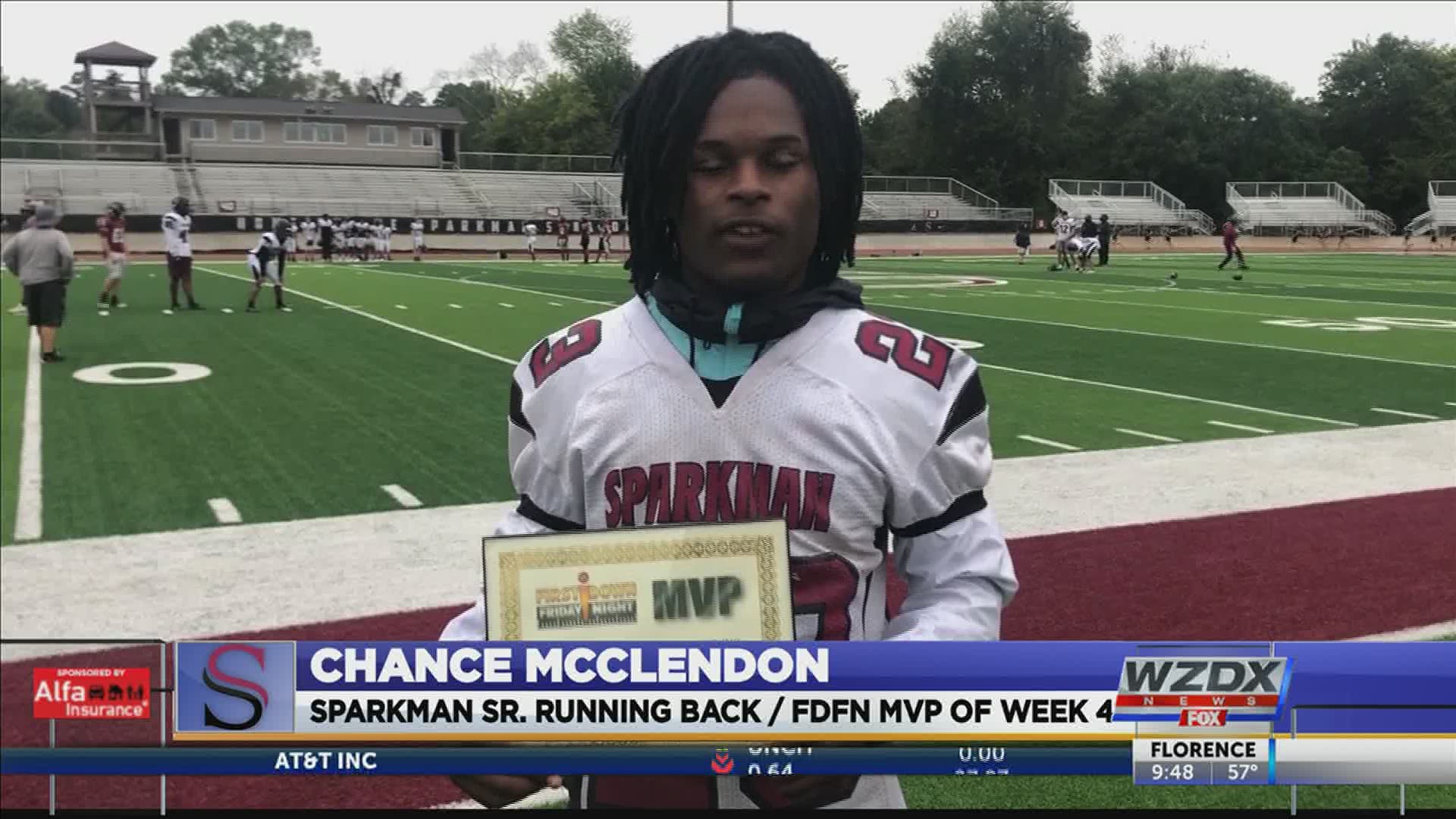 HARVEST, Ala — When you step foot on Sparkman High School's campus, you'll see a banner posted on the football fieldhouse. The banner reads "Be better today," which is exactly what the Senators have been trying to do since day one of the High School football season.

That motto really came to fruition last week as the Senators took down #5 Austin in a region showdown. The loss dropped Austin 5 spots in the ASWA Class 7A football rankings.

But during that win, one Sparkman player in particular stood out, senior running back Chance McClendon.

McClendon recorded 245 yards with 2 touchdowns over the Black Bears, and is on track to a great senior season.

"It was a good football team, and I knew there were going to be scouts there, so I just played," McClendon said.

And just play he did. But his success on the field did not come without some hard work. Last season, McClendon saw most of his playing time on Junior Varsity. Now as a senior, he's not only getting regular playing time, but he's leading by example.

"We didn't know how he was going to react to all this pressure and carrying the team, but the last three ballgames he's done well," said Head Coach Laron White, "He's done a great job and I'm proud of him. Now, he just needs to channel that energy and let's keep it going."

McClendon said his biggest motivation is the time he spent on the sidelines.

"It's me thinking about all the reps that I didn't get that made me go harder," he said.

He said his big goal for the end of the season is to reach 1,000 rushing yards. And even though he won't have the chance to add to that goal this week, he's using the Senators bye week to regain his focus. Sparkman will face Bob Jones in their next matchup on October 1st.

Coach White said, "They'll be hungry, they're a good football team and it's a huge region contest for us. We just have to come out focused."