The Mustangs senior QB wracked up 429 total yards and scored 5 touchdowns, while leading his team to a 47-7 victory over Westminster Christian last week. 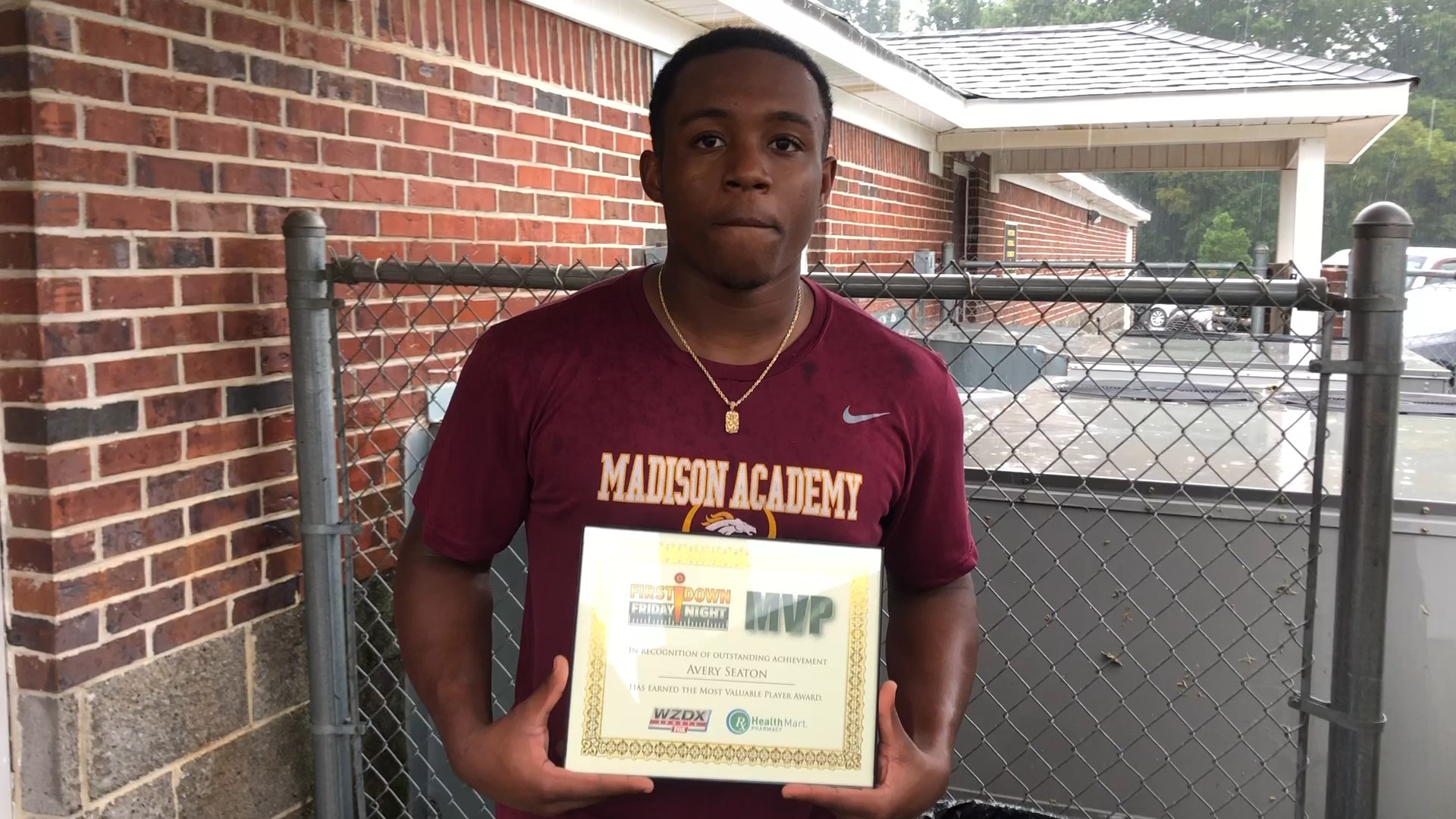 MADISON, Ala — Madison Academy senior quarterback, Avery Seaton is not unfamiliar with success on the football field. The former First Down Friday Night MVP has done it once again after leading his team to a 47-7 victory over Westminster Christian Academy last week.

Seaton takes home the FDFN Week 3 MVP honor after he recorded 429 total yards with 5 touchdowns. His performance against the Wildcats helped propel his confidence to another level, and proved he's always prepared to be focused on the field.

"It's all seriousness when we get on the field because we work so hard, and we do all the thinking and everything during practice. So in-game it should be muscle memory," said Seaton.

Football is just one of two sports Seaton loves to play. Also a baseball player in the Spring, he's shown over the last year how well he can lead his teammates. Mustangs head football coach, Bob Godsey said Seaton is a natural-born leader.

"Avery is a senior on a very young team, so he has to shoulder a lot of that leadership role, which he does very well," says Coach Bob Godsey.

Godsey is in his 2nd season with the Mustangs, after making the transition from Hartselle in early 2019. Seaton was an incoming junior when Godsey took over the Mustangs' program.

"I'm just very proud of the work that he's put in an the things that he's done to try and improve his game to become a quarterback, and not just a playmaker," Godsey continued, "You know, he's a quarterback now that can make plays so I'm just proud of that and hope it continues."

The Madison Academy Mustangs will host North Jackson this Friday at 7 pm.

Mustangs move to 3-0 and return back home next week to face @NorthJacksonFB.