Last week, Crittendon helped lead his team to a 67-3 victory over River City rival, Decatur. He recorded over 230 passing yards and 3 touchdowns. 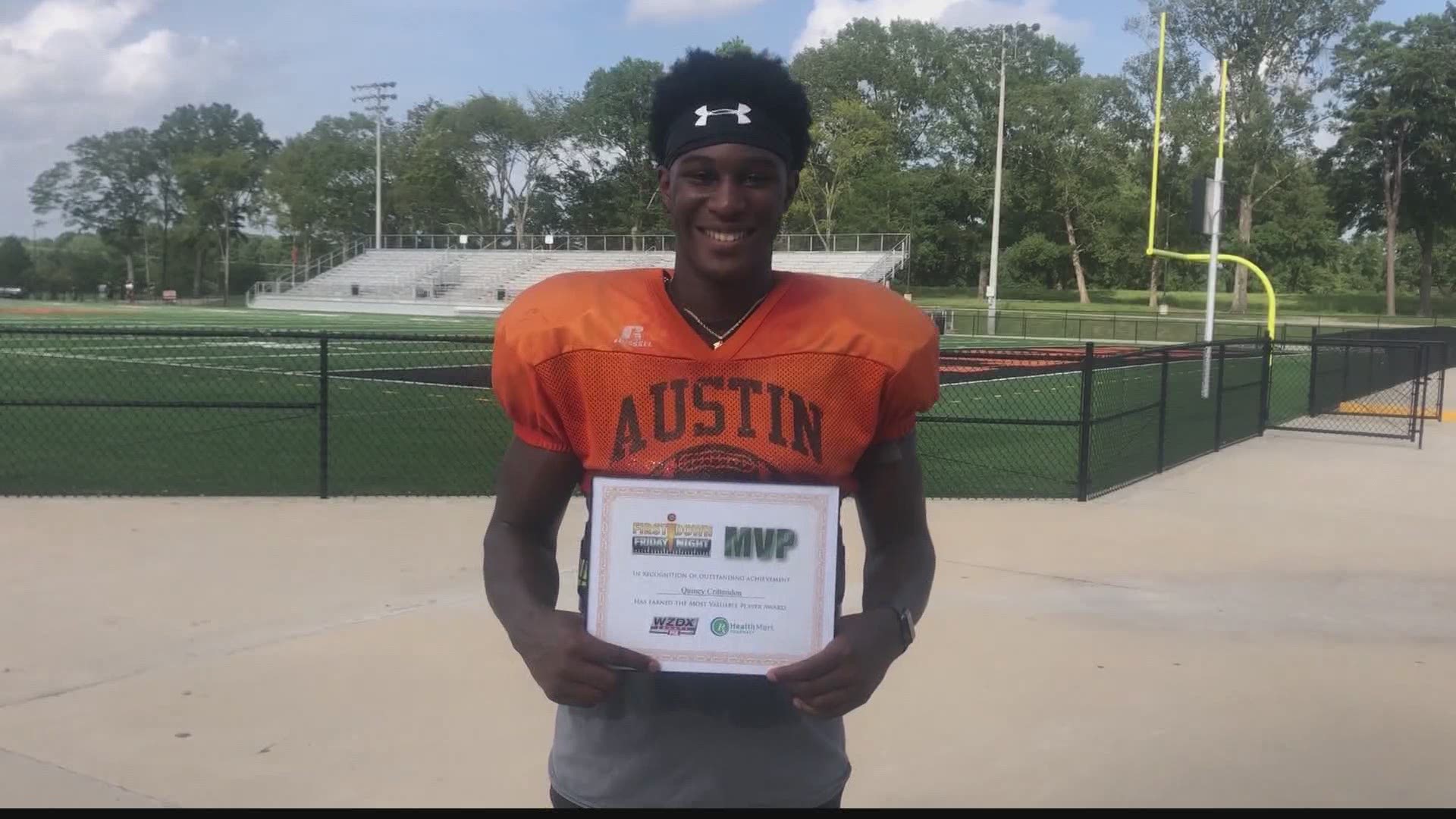 DECATUR, Ala. — In week one of the high school football season, many teams showed what they are working with in terms of their players. Last week, the Austin Black Bears entered their second game of the season 1-0, and were hoping to clinch another win over cross town rival, Decatur.

Which is why the First Down Friday Night MVP of the Week award goes to senior QB, Crittendon. 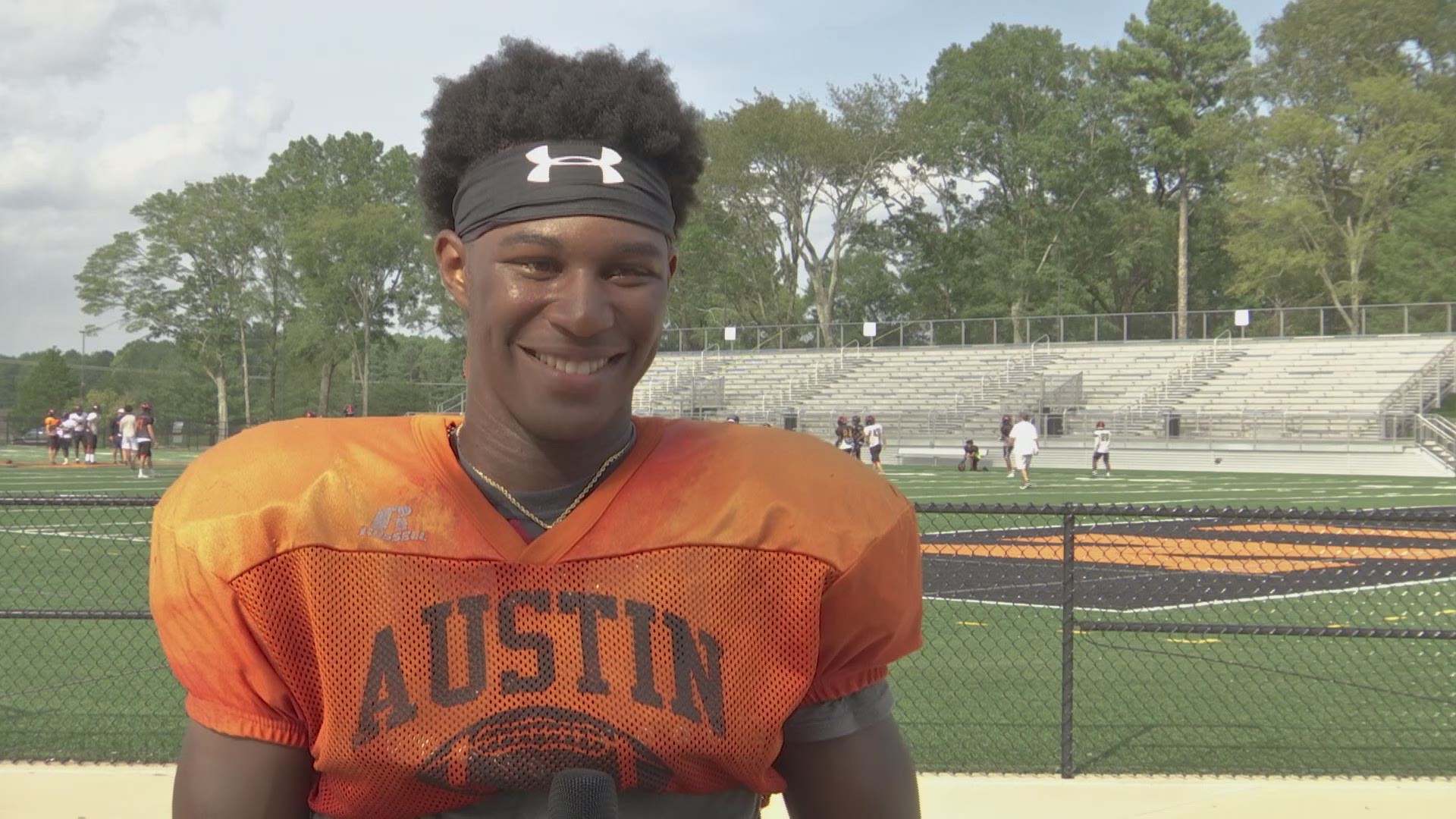 Crittondon began football around the fourth grade, when he was placed on the offensive line. Quickly, he realized the line was not the place he was meant to be. After playing on the O-line for one year, he decided to take a year off.

"When I came back for tryouts, my brother and I were throwing around and they told us to bring it in," Crittendon said, "My brother was far away so I chucked it to him and everyone was like 'Wow.'"

And so began his career as a quarterback. During his junior season, Crittendon recorded 2,234 passing yards with 21 touchdowns. According to Austin Head Coach, Jeremy Perkins, Crittendon was meant to be a leader.

"He wants to be a leader, and he's got it in him. That really hasn't been a difficult transition because he's a natural, it just comes easy," Coach Perkins said.

Later this week, Austin will be taking on Florence.