Bob Jones' Drew Lawson excels on the field and in the community. Learn more about this week's Walter Jones B2EDi Offensive Lineman of the Week. 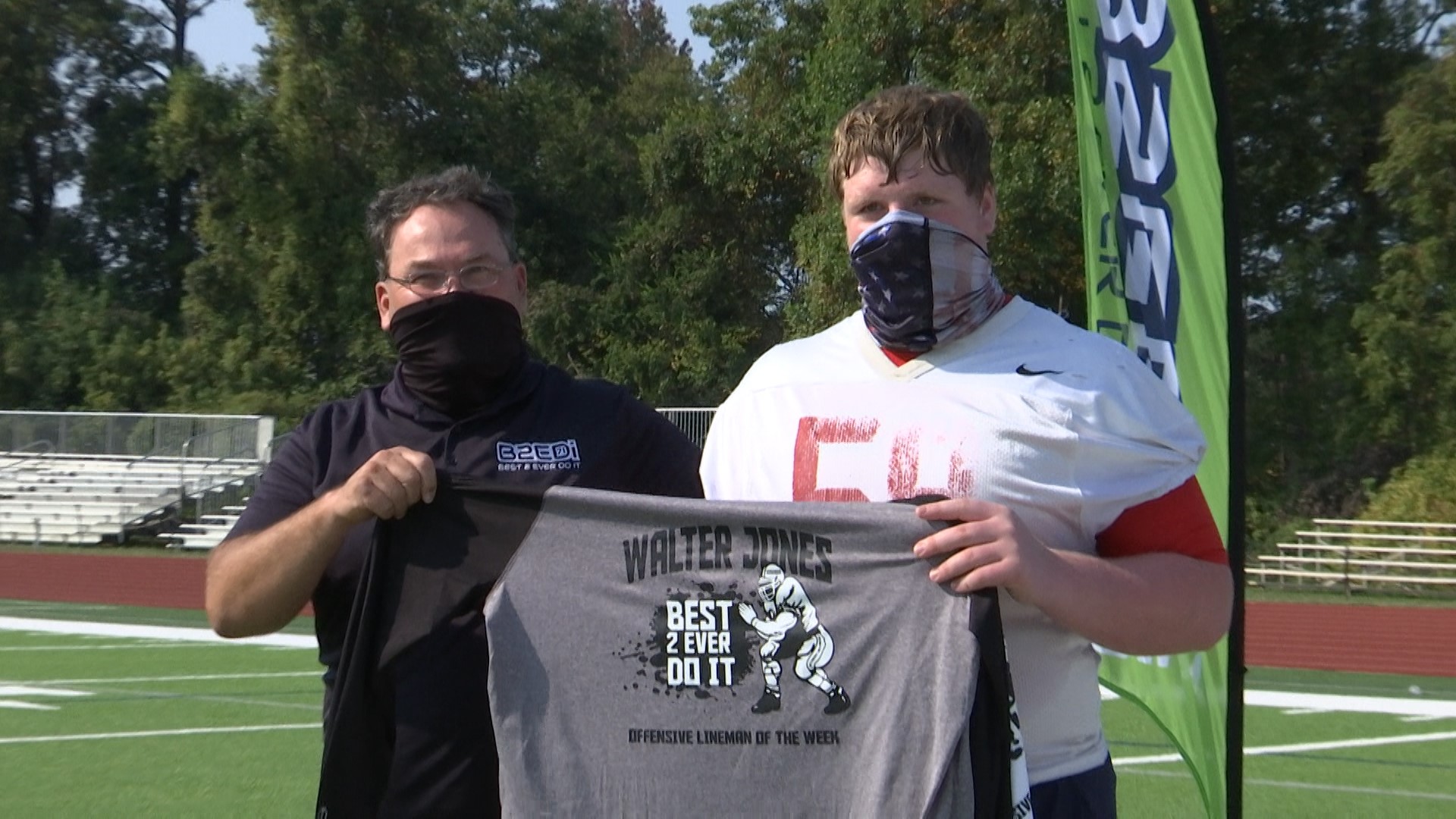 MADISON, Ala. — Coming in at 6' 2", 285 pounds, senior O-lineman Drew Lawson was awarded this week's Best 2 Ever Do It (B2EDi), Walter Jones Offensive Lineman of the Week.

The explosive player was able to Facetime NFL Hall of Famer, Walter Jones after practice this week for some words of encouragement, and to congratulate him on earning the honors.

Lawson said technique is what helps him stand out on the field, "I always pride myself on having the best technique and really just practicing my technique all through the week and then showcasing it Thursdays or Fridays."

Aside from Lawson's involvement on the field, he also is involved in his community. When he's not protecting his quarterback on Friday nights, he's helping out in the classroom. Lawson volunteers at the local elementary and middle schools to help kids younger than him be better with the books.

Congratulations to @dlawson2021 for being chosen as The Walter Jones, Best to Ever Do It, Offensive Lineman of the Week! #weareBOBJONES pic.twitter.com/zrWTSTWJN0

WZDX and B2EDi will choose a winner each week, and each winner will be invited to a banquet later this season to celebrate their accomplishments.

Congratulations to Drew on being this week's Walter Jones B2EDi Offensive Lineman of the Week. Check out who wins each week on WZDX's First Down Friday Night show on Friday's at 10pm or on WZDX Sports Xtra Sunday at 10pm.