Deshler falls to Anniston in the girls' Class 4A Championship

Allasha Dudley and Unrayasia Barclay combined for 41 points Friday afternoon to lead Anniston to a 61-51 win over Deshler in the Class 4A girls’ finals. 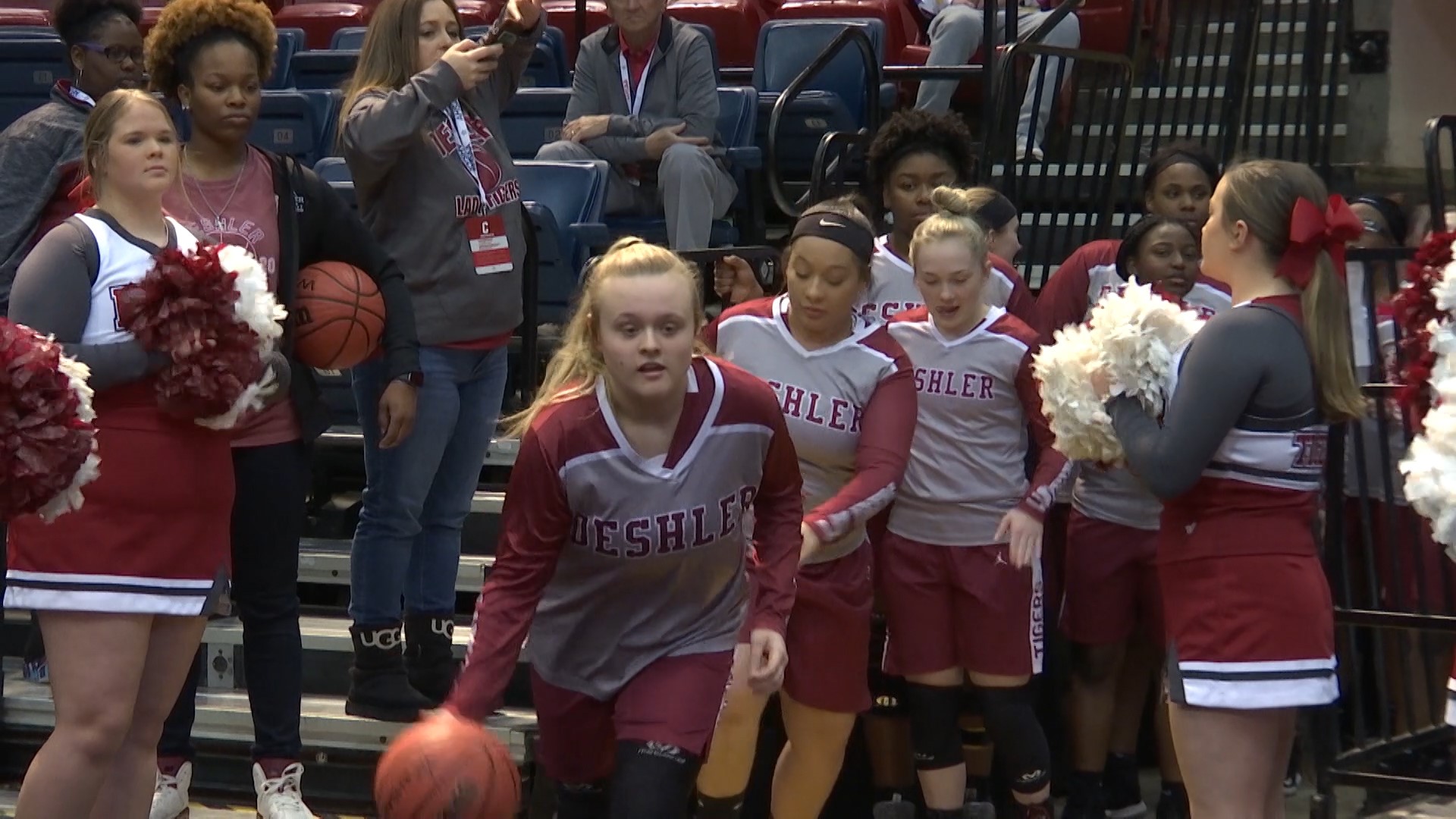 Allasha Dudley and Unrayasia Barclay combined for 41 points Friday afternoon to lead Anniston to a 61-51 win over Deshler in the Class 4A girls’ finals as the Bulldogs clinched its first state title in school history.

The victory at 98th AHSAA State Basketball Championships at Birmingham’s BJCC Legacy Arena was made possible by the Bulldogs’ strong start in the second half. Both teams had battled to a 22-22 at intermission. Anniston (29-3), coached by Eddie Bullock, outscored the Tigers (24-11) in the third period 19-9. The rally was a team effort with five different players getting into the scoring. Dudley’s jumper with 10 seconds remaining in the quarter gave Anniston a 41-31 lead.

Deshler clawed back to within two at 51-49 with 2:58 remaining. The Bulldogs closed out the game 10 of the game’s last 12 points. Dudley, a senior point guard, had 20 points, eight rebounds and was 8-fot-12 at the foul line to earn Class 4A state tourney MVP honors. Barclay had 21 points, 16 rebounds and eight blocked shots. She also had three steals and sank 9-of-13 free throws. Airriana Colley also had seven points.

Coach Jana Killen’s Tigers were led by Chloe Siegel’s 22 points. Shamri Thirlkill also had 18. Siegel was 5-of-12 from the 3-point arc and had seven rebounds. Thirlkill had a game-high five steals.

The championship was the first for Bullock’s Bulldogs in seven state tourney appearances. Deshler has seven state titles with the most coming in back-to-back titles in 2015 and 2016.