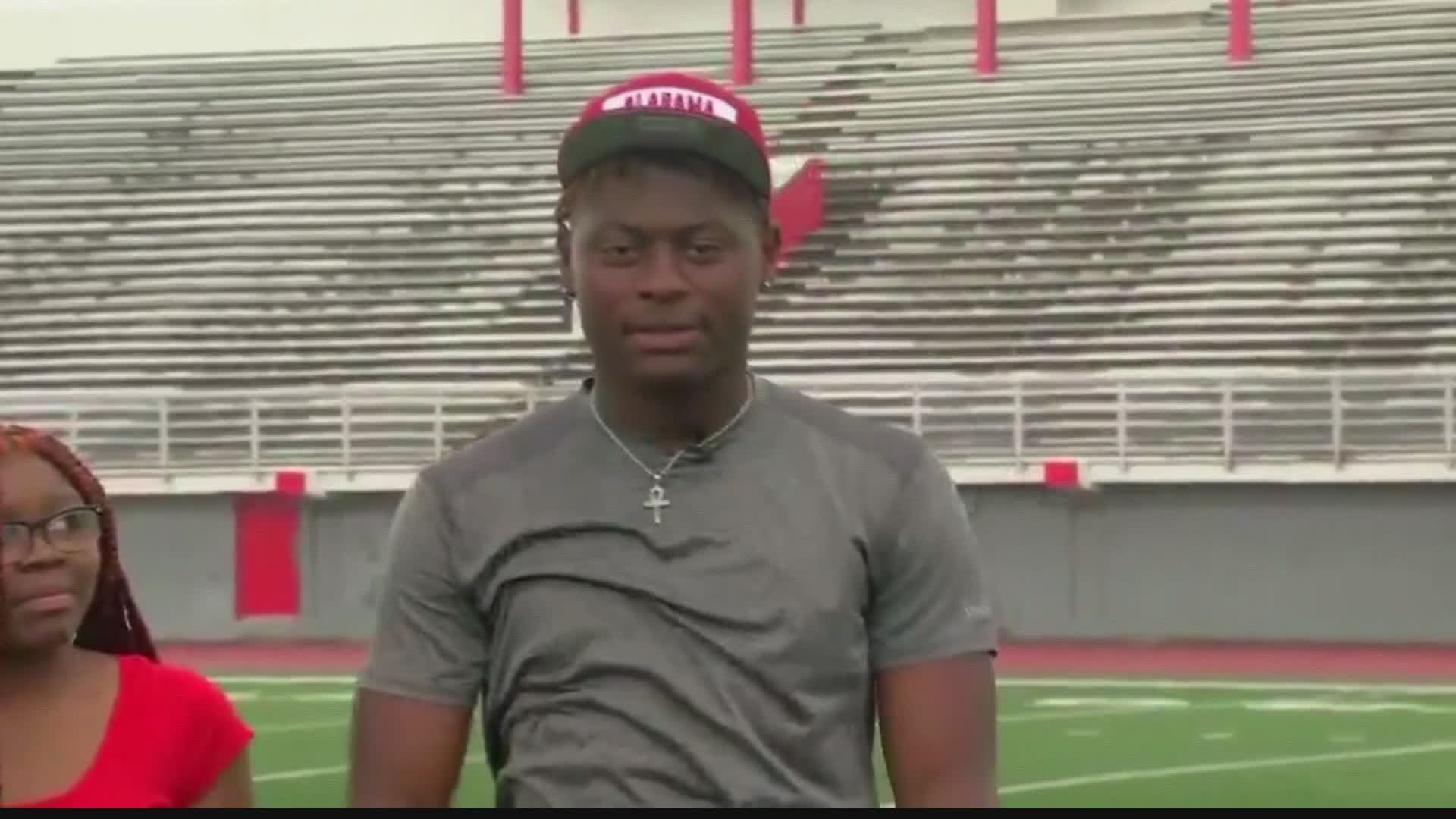 MARRERO, La. — The University of Alabama is no stranger to luring talent out of one of its biggest rivals' backyards — LSU.

Prospects like Landon Collins, Cam Robinson, Eddie Lacy, DeVonta Smith, and many others have all hailed from the state of Louisiana and opted to play their college ball in Tuscaloosa.

He announced his decision live on local television. Williams told FOX8 he has been committed for a week now, but wanted to announce it on the 15th because it is his late sister's birthday.

Before the COVID-19 pandemic hit and shut down visits, Williams was able to get a trip in to the Capstone for a Junior Day event on March 7. Crimson Tide assistant Pete Golding has been his primary recruiter.

Williams currently sits at 6-foot-2, 210 pounds and, while currently a defensive back, he could develop into a linebacker at the college level.

In his junior season with the Patriots, helping lead the program to a 8-3 record, Williams tallied up 50 total tackles, 10 pass breakups, four interceptions, and three forced fumbles. A year prior, in 2018, he accumulated 73 tackles and picked off opposing quarterbacks six times.

The 247Sports Composite Rankings lists him as the No. 141 overall prospect in the country, fifth best safety, and sixth best player in his state. Williams also held offers from the likes of Auburn, Florida, Miami, Michigan State, Oklahoma, Tennessee, Texas, Florida State, Ole Miss, Georgia Tech, among others.

RELATED: Nick Saban learns to how use his email and text while practicing social distancing