"He really cares about us." Alabama players express their feelings on Coach Saban marching with them 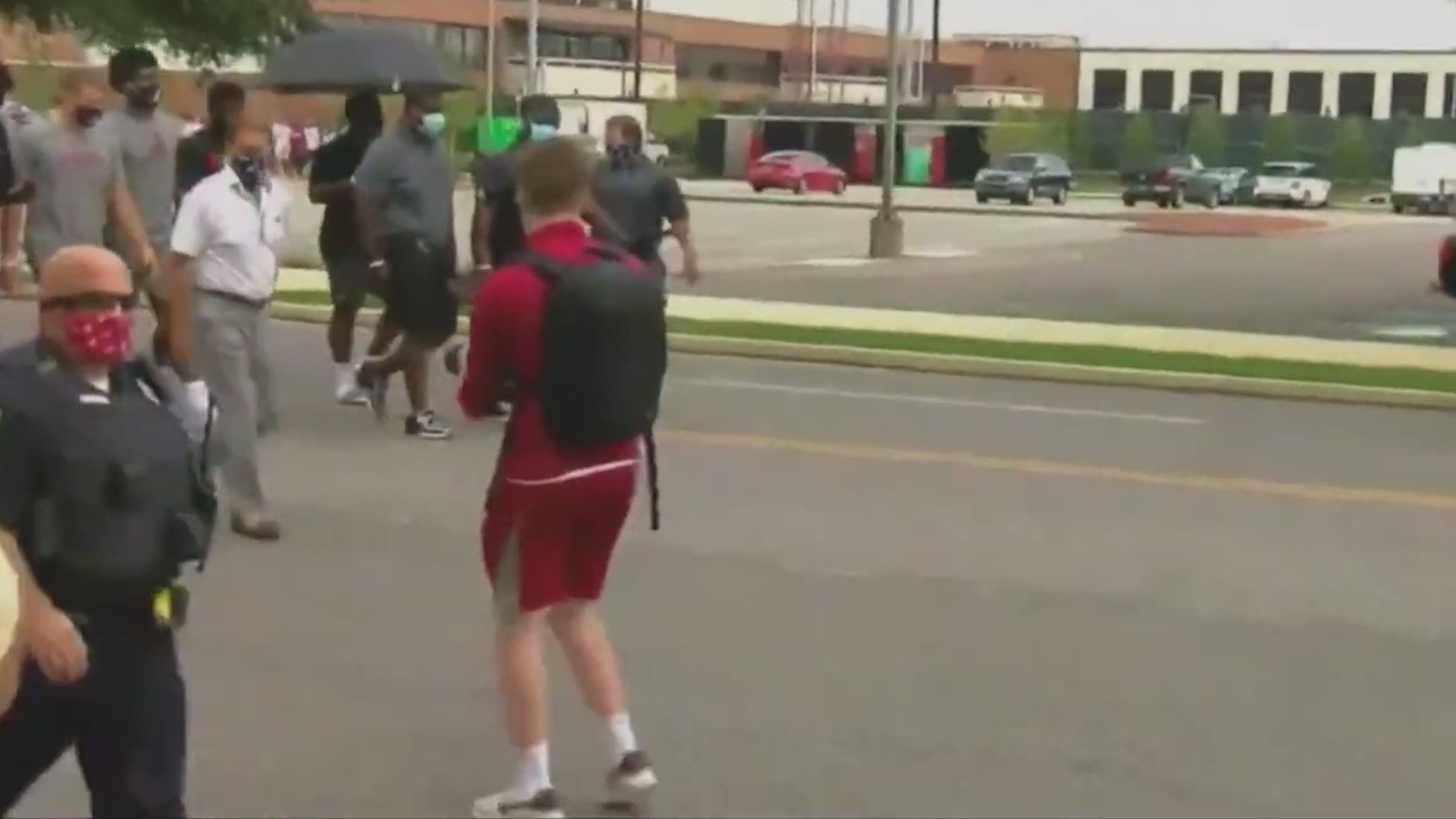 The Alabama Athletics march to protest social injustice and recent incidents of police brutality against black men and women continues to go viral. In the video you can see Alabama Head Football Coach Nick Saban leading they way, providing some very powerful imaery.

Along with Coach Saban and Alabama Athletic Director Greg Bryne, redshirt junior offensive lineman Chris Owens was one of the featured speakers at the event.

Today Owens looked back on Monday's event and had nothing but positive things to say about Saban and his actions.

“Coach Saban was very supportive,” Owens said. “This wasn’t something that we made him [do], this was something that he wanted to do because he truly does care about his players. We didn’t have to pull teeth. He truly cares about us and he wanted to be up front. He wanted to let everyone know that he has our backs and just to have him there with us and talking to him about getting him to come along and how we were feeling as a team, he was always very supportive. We really do appreciate it because coach Saban is someone who’s very powerful not just in the college football industry but all over the world and to have someone like that on our side that truly cares about us is really special.”