The reigning 6A State Champions are helping build up the next generation of ball players. 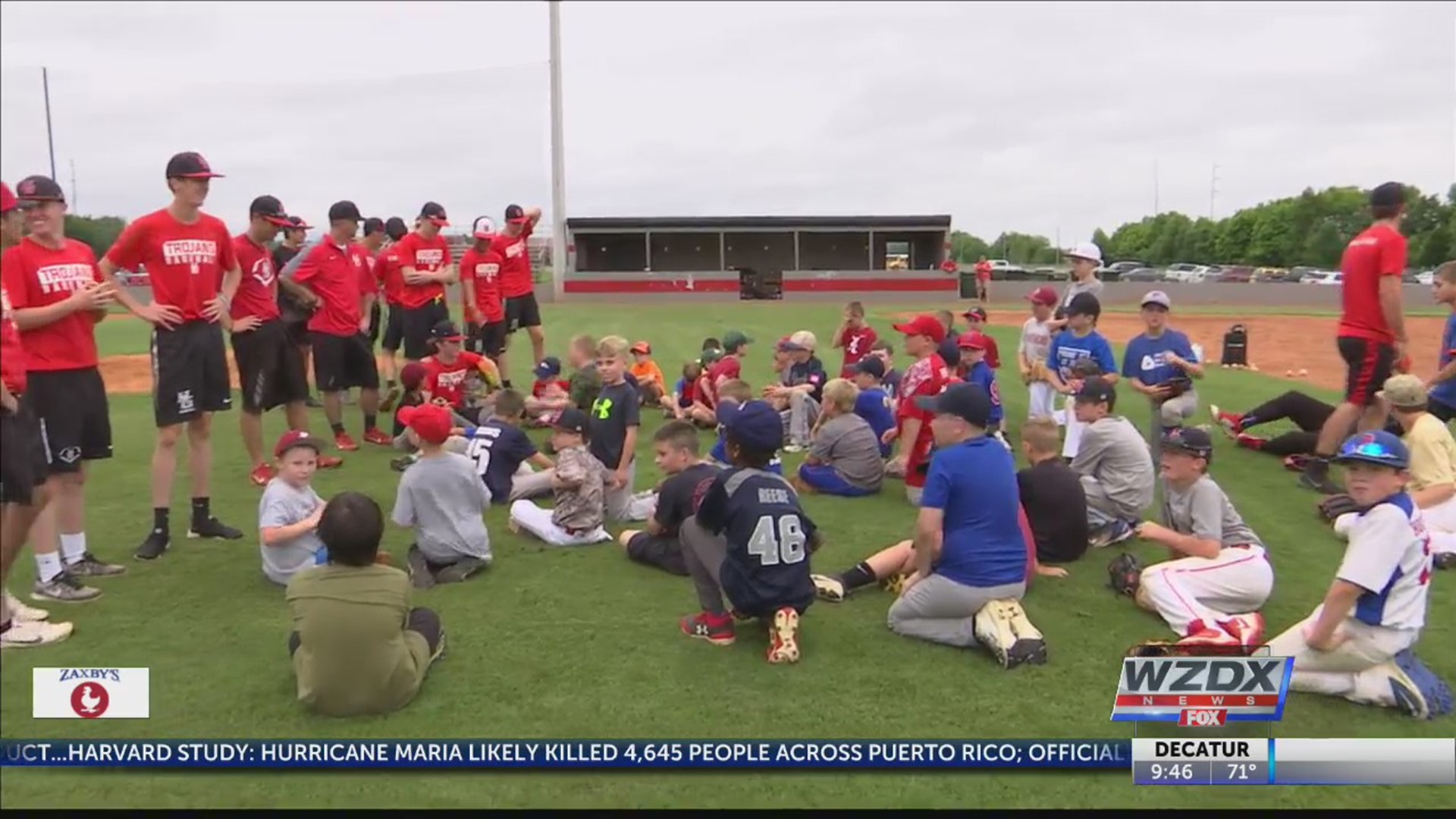 The rain didn’t stop the reigning 6A State Champions from hosting their annual baseball camp where they’re helping gear up and build up the next generation to win a state title.

“When you see 60+ campers come and be a part of our program it’s great.”said Hazel Green Head Baseball Coach, Frankie Perez.

According to Coach Perez, after winning the state championship, parents have been calling and texting to see how they could bring their kid out here to the camp.

“Everyone wants to be a part of a championship program so the fact that they’re calling us it’s just special to me as a coach because I feel like all the work we’ve put in is paying off.” said Perez.

Hitting, fielding, and base running are just a few things the kids are learning from the Hazel Green Trojans.

“I was in their shoes one day so just giving back to them because I had idols when I grew up to so just to know that I’m an idol in their eyes so to give back to the community is amazing.”

For the Trojans, this week is all about giving back to the community that has been on cloud nine since the state title win.

“It’s been crazy, it’s honestly been surreal. I can’t believe it still, I’ve just been thinking about the moment, been watching videos on Youtube at home. I just want to relive the moment.” said junior Garrett Gustafson.

And in order to relive that moment for years to come, the team says it all starts now.

“We want this to be a tradition. Not just a one year kind of done deal. We want to build something that we can all be proud of and it starts with summer with this camp.”

The Trojans will be out on the baseball field for the next couple of days hosting the camp but on the last day that’s when the kids will get to take pictures with the trophy and players.