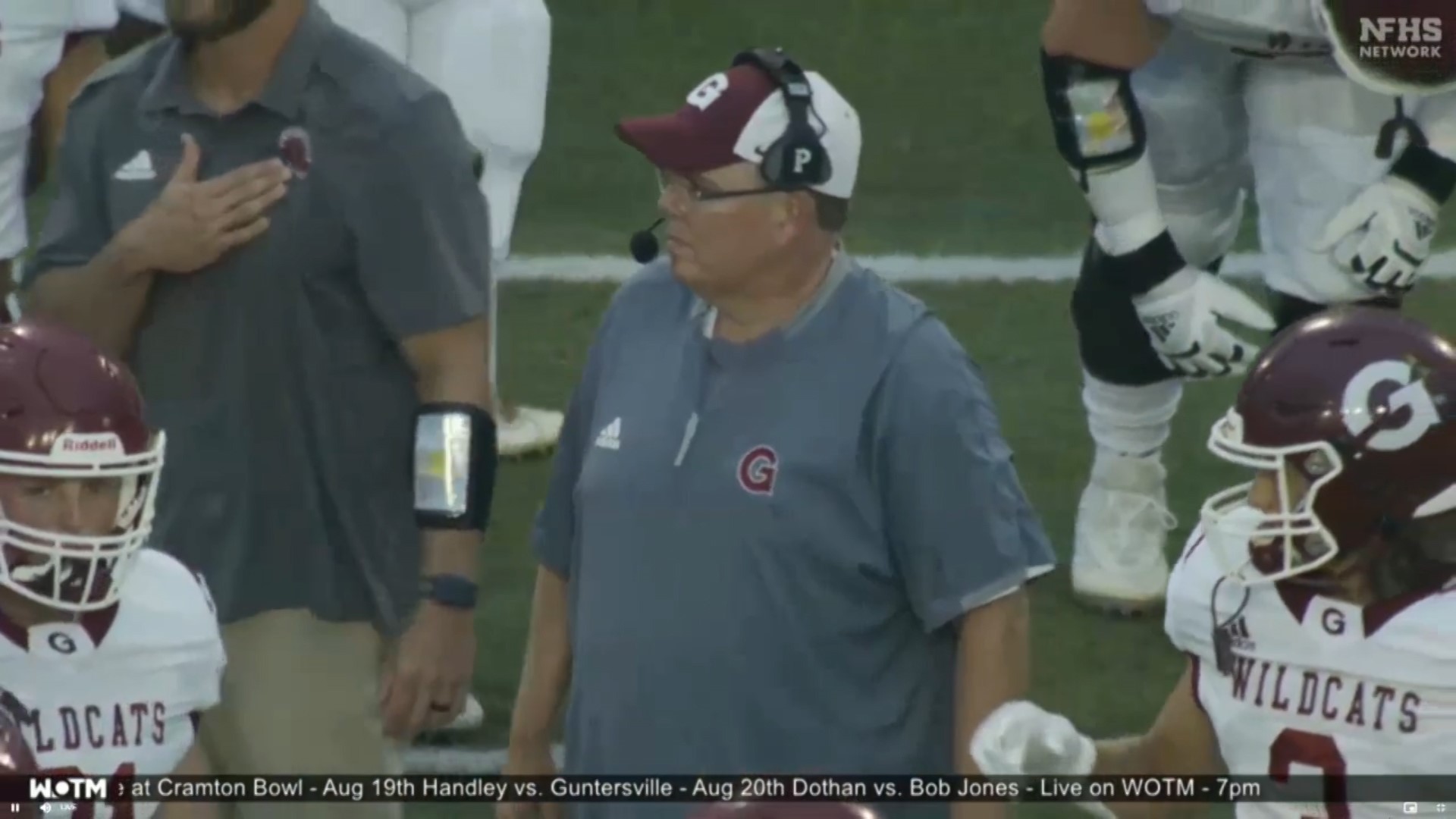 MONTGOMERY, Ala. — Defending Class 4A state football champion Handley High School of Roanoke opened the 2021 season with a 55-21 victory over Class 5A Guntersville Thursday night at Cramton Bowl in the 16th annual AHSAA Kickoff Classic.

Class 7A Dothan and Bob Jones play Friday at 7 p.m., in the final game of the 2021 Kickoff Classic, which is hosted by the Alabama High School Athletic Directors & Coaches Association, at Cramton Bowl.

The AHSAA’s season opening classic is being televised live over the AHSAA TV Network and live-streamed over the NFHS Network with WOTM TV handling the production. The AHSAA Radio Network is also broadcasting the game over its statewide network.

The Tigers (1-0) of Coach Larry Strain scored four touchdowns in the first quarter and rolled to a 48-0 lead by halftime. Handley took advantage of its great field position early and used its brute strength and speed to seal the win early. Handley’s defense set up the Tigers’ offense on the first series by forcing Guntersville (0-1) to a three-and-out. The offense took over the Wildcats’ 35 and needed just three plays to take a 7-0 lead when quarterback Cannon Kyles  fired a 28-yard TD pass to receiver Jordan West and place-kicker Coye Potts booted the extra point to give Handley a 7-0 lead with 9:49 left in the first period.

The Tigers, who extended their current winning streak to six in a row with Thursday night’s victory,  got great field position on its next series marching 36 yards on seven plays with from the 1 to put Handley ahead 14-0 at 5:09.
Late in the first period, after Handley’s talented Meadows left the game following an injury, Guntersville backed up the Tigers to its own 37 on fourth down and gave a strong rush on punter Cannon Kyles but he managed to get a pass off to teammate Quadae Lewis just behind the line of scrimmage. Lewis streaked through the Wildcats defense 63 yards for a touchdown and a 21-0 Handley lead with 53 seconds left in the quarter. Meadows, who had 23 yards rushing on six carries, did not return to the contest.

What a strip and score by Handley

The Tigers now lead 27-0 with 38 seconds left in the 1st quarter pic.twitter.com/fmkjvx1P8c

The Tigers defense kept the momentum going on Guntersville’s next possession when running back Logan Pate was smothered behind the line of scrimmage on first down by a host of tacklers and defensive end Brian Joiner swiped the ball from the running back’s hands at the 14-yard line and rambled into the end zone for Handley’s fourth touchdown of the opening quarter with 38 seconds still left in the period.

Touchdown Guntersville! The handoff to #10 makes it into the endzone. Handley leads now 48-14 with 2:35 left in the 3rd quarter pic.twitter.com/FsEbYOGf8h

Handley’s special teams stepped up on Guntersville’s next series with Lewis returning a punt 46 yards to the Guntersville 13-yard line. On first down, Jamarius Haynes ran off left tackle and bulled his way all the way to the end zone to put Handley ahead 34-0.
Kyles dashed 11 yards for a touchdown with 7:57 left in the second period, and Nehemiah Askew posted the final TD in the first half with 1:30 left on a 7-yard run.
Guntersville, which managed minus-11 yards total offense in the first half, gathered its composure in the second half with two third-quarter touchdowns and a fourth-quarter TD. Pate, who had minus-8 yards rushing on seven carries in the first half, finished strong with 96 yards on 16 carries with touchdowns of 26 and four yards in the third quarter.

Handley finished the game with 385 total yards and 17 first downs with 195 yards rushing and 190 passing. Kyles was 9-of-10 for 186 yards and three TDs. Quadae Lewis had three catches for 85 yards and a TD while Jamerqui Lewis and West had one catch – both touchdown receptions. Elijah Goss had 109 yards rushing on 19 carries. Devon Dean led the Tigers defense with six tackles.
McCarty was 7-of-16 for 130 yards and a TD with Davidson hauling in four catches dor 69 yards and his TD. Defensively, Ben Biddle has 12 tackles and E.J. Havis had nine stops.