Greg Sankey said games won't be postponed and has recommended that the conference removes the 53-man roster minimum that was put in place last year. 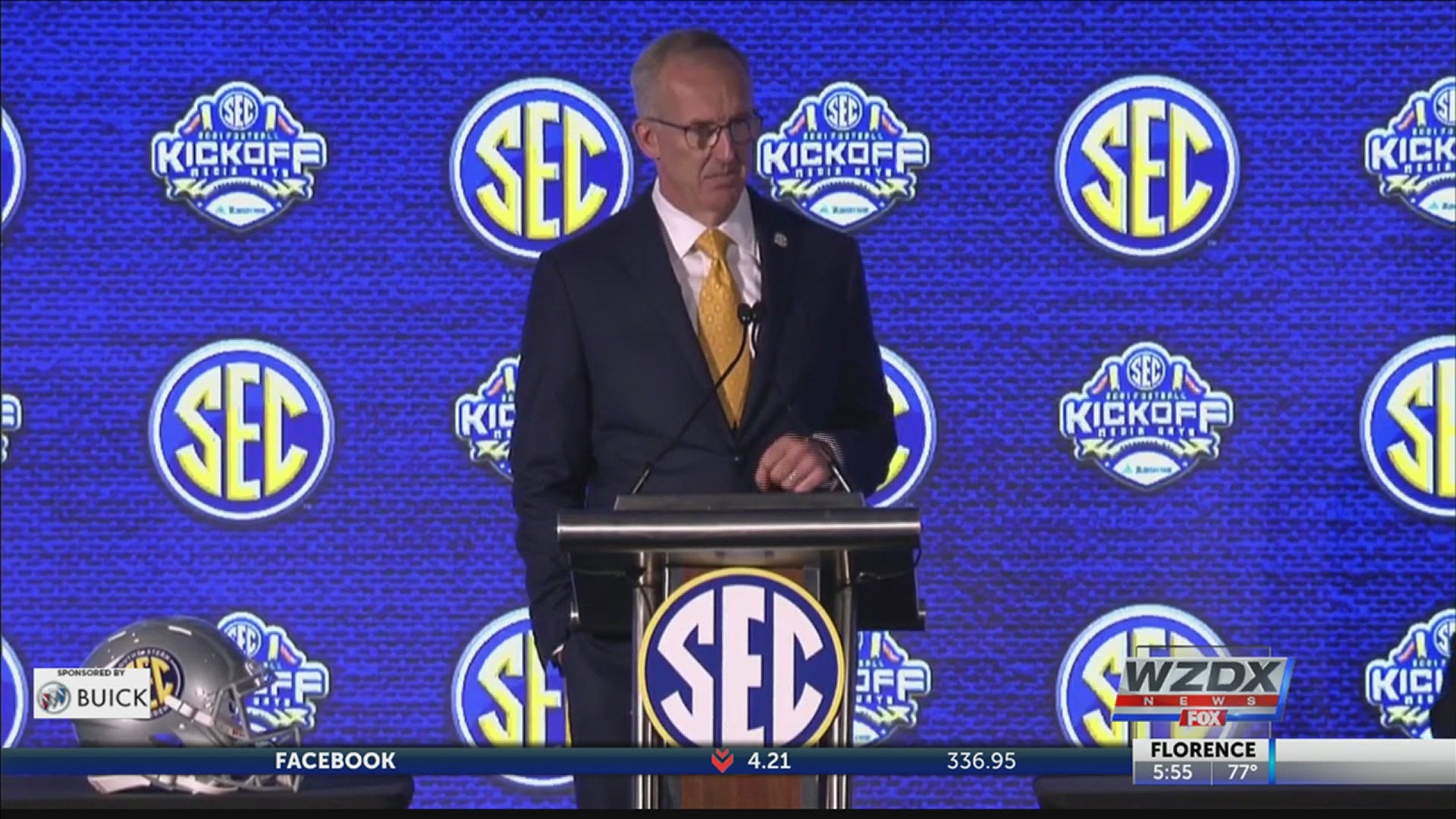 HOOVER, Alabama — SEC media days kicked off on Monday with commissioner Greg Sankey announcing that six of the conference's 14 football teams have reached an 80% mark for vaccinations.

One thing the conference can control is what it will do if a team is unable to play because of coronavirus issues. Sankey said games won't be postponed and has recommended that the conference removes the 53-man roster minimum that was put in place last year.

The message to schools is "You're expected to play as scheduled," Sankey said.

"That means your team needs to be healthy to compete, and if not, that game won't be rescheduled," he said. "And thus, to dispose of the game, the 'forfeit' word comes up at this point."

Florida coach Dan Mullen, who spoke to reporters shortly after Sankey, declined to say what percentage of his team has been vaccinated, but noted that it was a "pretty high number" and "we're getting close to the threshold." The Gators had two October games postponed but played both later in the season.

For a program to avoid regular COVID-19 testing and the requirement of wearing masks indoors, it must achieve an 85% vaccination threshold.

In his opening statement, Sankey strongly encouraged fans, coaches, players and staff to get vaccinated, saying they're widely available and "highly effective."

"And when people are fully vaccinated, we all have the ability to avoid serious health risks, reduce the virus' spread, and maximize our chances of returning to a normal college football experience and to normal life," he said. "With six weeks to go before kickoff, now is the time to seek that full vaccination."

Sankey said the league must remain vigilant against the virus, pointing out how a number of Olympians have been removed from competition and how last week's Yankees-Red Sox game was postponed because of positive COVID-19 tests.

"It's not political football," Sankey said of vaccinations, "and we need to do our part to support a healthy society because, as we look back, the potential absence of college sports last year caused us to think about not losing sight of the lifelong experiences, the laboratory of learning that takes place, and the educational benefits that accrue to the people who participate on our teams.