Local 8th grader making a statement in the golf world

Golf is a sport of patience and mental strength. While anybody can become a golfer, not everyone can be a great golfer. 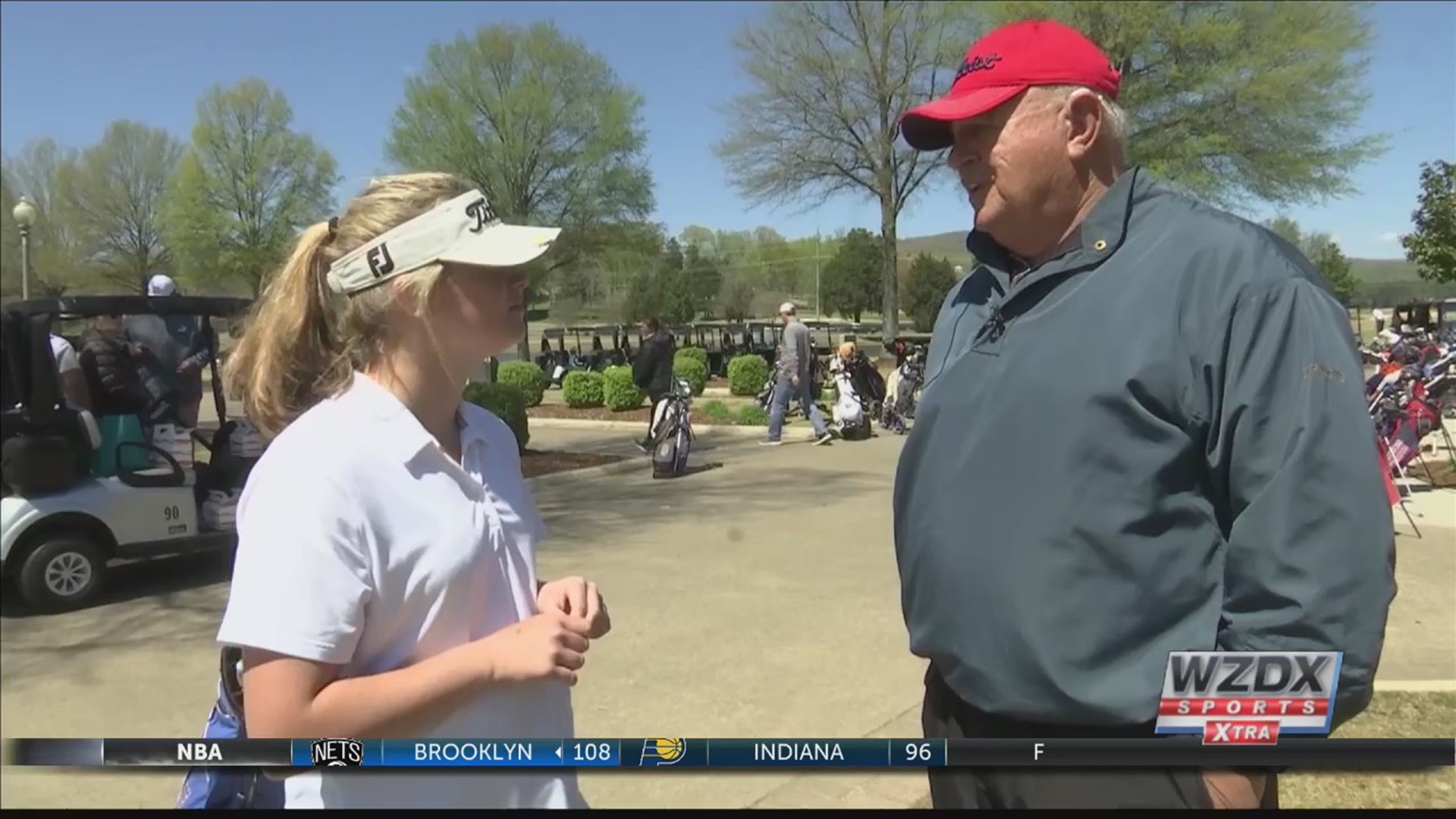 The Augusta National Womens Amateur is one way the Masters Tournament seeks to grow the game. Another is the annual Drive Chip and Putt Championship that also culminates at Augusta National.

Golf is a sport of patience and mental strength. While anybody can become a golfer, not everyone can be a great golfer.

Mike Odom is a man of many talents. From pole vaulting to college football then to professional golf. He knows talent when he sees it. “Jinger Heath is such a sweet girl, until she gets on the golf course and then she’s just like a rattlesnake.”

Jinger Heath is only fourteen years old, but is already making a statement when it comes to the game of golf. “I didn’t like [golf] at first because I wasn’t good at it. But then I couldn’t let my brother be better than me,” she said.

This year Jinger has already made a statement. That statement being the PGA Superstore Tournament trophy in her hands. Just last week she beat several girls in her age division at the tournament in Atlanta, Georgia.

On top of her personal accomplishments, she is already one of the top scorers on her high school team, and she’s only in the 8th grade.

“As a fifth grader she was beating most of my high school players, and we had been to state championship five years in a row, so that tells you what kind of talent she had,” Odom siad.

Not only was she beating the high schoolers, but those high schoolers were also boys. Jinger is proving you don’t always have to fit into a stereotype to be good. She does say, however, the cliche line “practice makes perfect” really can give you success.  “The most important thing is chipping and putting because you need to save your shots. So if you get it up and down you can get a par.”

One stop on her journey to the top has been Drive Chip and Putt, an event that promotes junior golf.

“Drive Chip and Putt is where you hit three drives, three chips and three putts. They score you for driving if you keep it inside the stakes then you get so many points for how far you hit it, and then for chipping they have circles around the hole and the smaller the hole you get into the more points you get and same with putting,” Jinger explained.

And something Coach Odom likes to do to help get his girl to the top is make sure she always feels special.

“He’s so supportive,” Jinger said, “he’s like my number one fan. He comes to all my golf tournaments that he can and he sees me anytime that he can thoroughout the week. He does anything to help out me and my brother.”

“I think with young kids the main thing is to be positive,” Coach Odom said. “If they do something wrong, always try to show them what they did right and then work into any problem that they’ve had.”