G.W. Long sweeps game 2 over Mars Hill to claim the Class 2A Championship 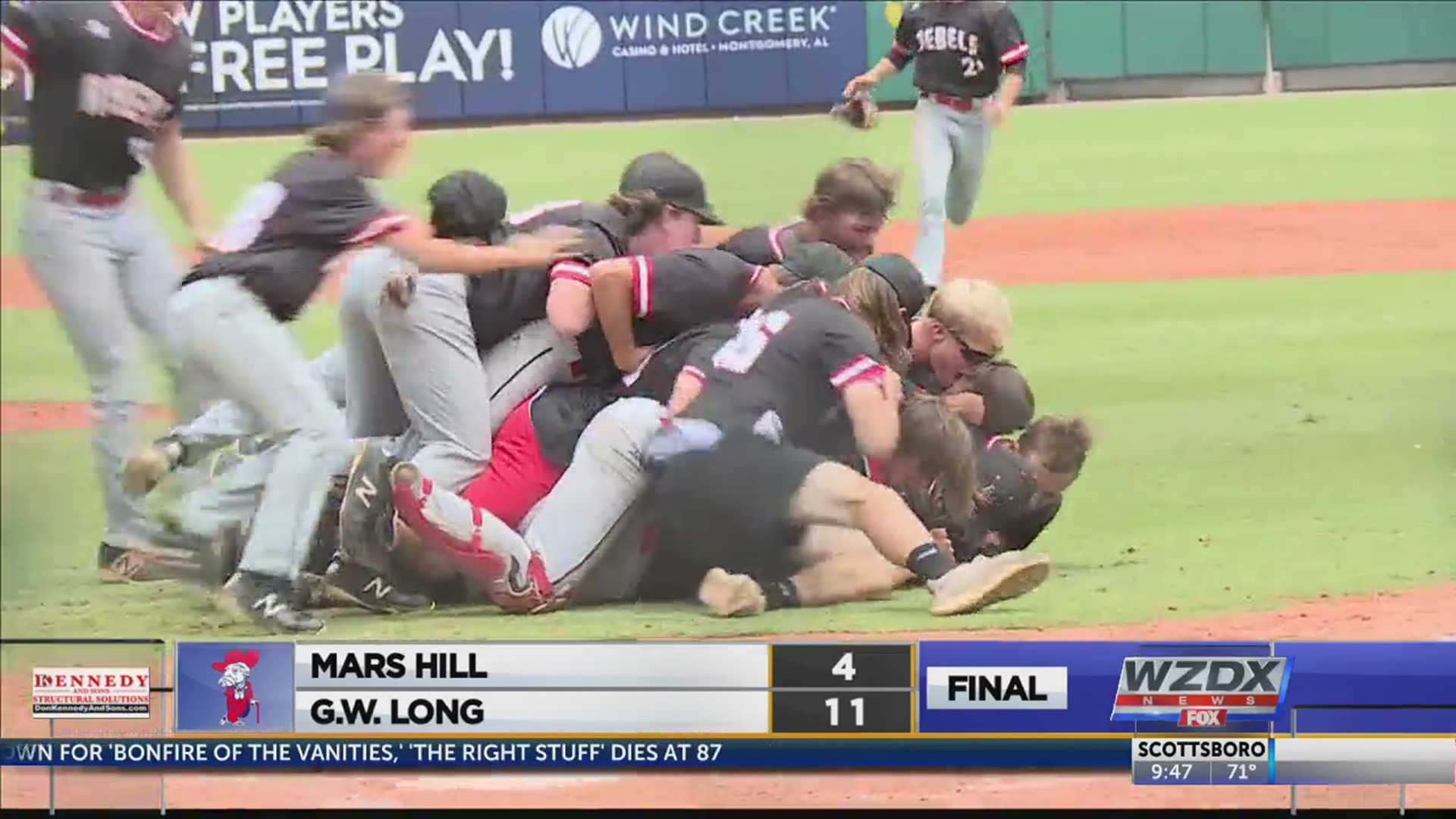 Dylan Register (11-0) hurled 5 2/3 strong innings, allowed four hits and struck out six to lead G.W. Long (31-12) to an 11-4 victory over Mars Hill Bible (30-12) in game two of the AHSAA Class 2A State Baseball Championship Series and sealed a 2-0 sweep for the state  title.
The state championship was No. 15 in the school’s history, most of any school in AHSAA baseball history, and also sealed Coach Drew Miller’s Rebels’ second straight crown. Long won the first game in a come-from-behind 7-6 win that took 11 innings Monday night.
They came out cooking Tuesday morning at Riverwalk Stadium. Caison Long’s RBI single highlighted a four-run second inning as the Rebels took a 4-0 lead. Mars Hill, coached by Jay Mitchell, clawed back to 4-3 by the end of the third, but Long struck for two in the fourth and four more runs in the top of the fifth.
Jake Ogelsby doubled to start the fourth and scored on Register’s RBI single. He finished with two hits and two RBIs.  Oglesby also had two hits and scored twice. In the fifth, Kamryn Faria, who got the Monday night win in relief, walked to start the rally. Christian Collier’s two-run double sealed the win.
Faria, who had three hits on Monday, was had a single and two walks to score two runs in Tuesday’s win. He finished 4-for-7 to earn MVP honors.
The Panthers got two hits from Landon Moore, a double from Colt Smith and an RBI single from Peyton Higgins.
Carson Dunlap closed out the final 1 2/3 innings for the Rebels allowing no hit and striking out one.
Walker White (5-2) started and got the loss for Mars Hill. Mitchell used seven pitchers in the second game with Dustin Hayes hurling 1 2/3 innings allowing no runs, no hits and striking out two.
Long won its state title in 1980. The 15 state titles are six more than any other school in the AHSAA.