Fyffe prepares Reeltown; Red Devils look to win another 2A title at the Super 7 (Preview)

When you hear the name Fyffe when talking about high school football here in Alabama you automatically think powerhouse. This is the school that has won three s... 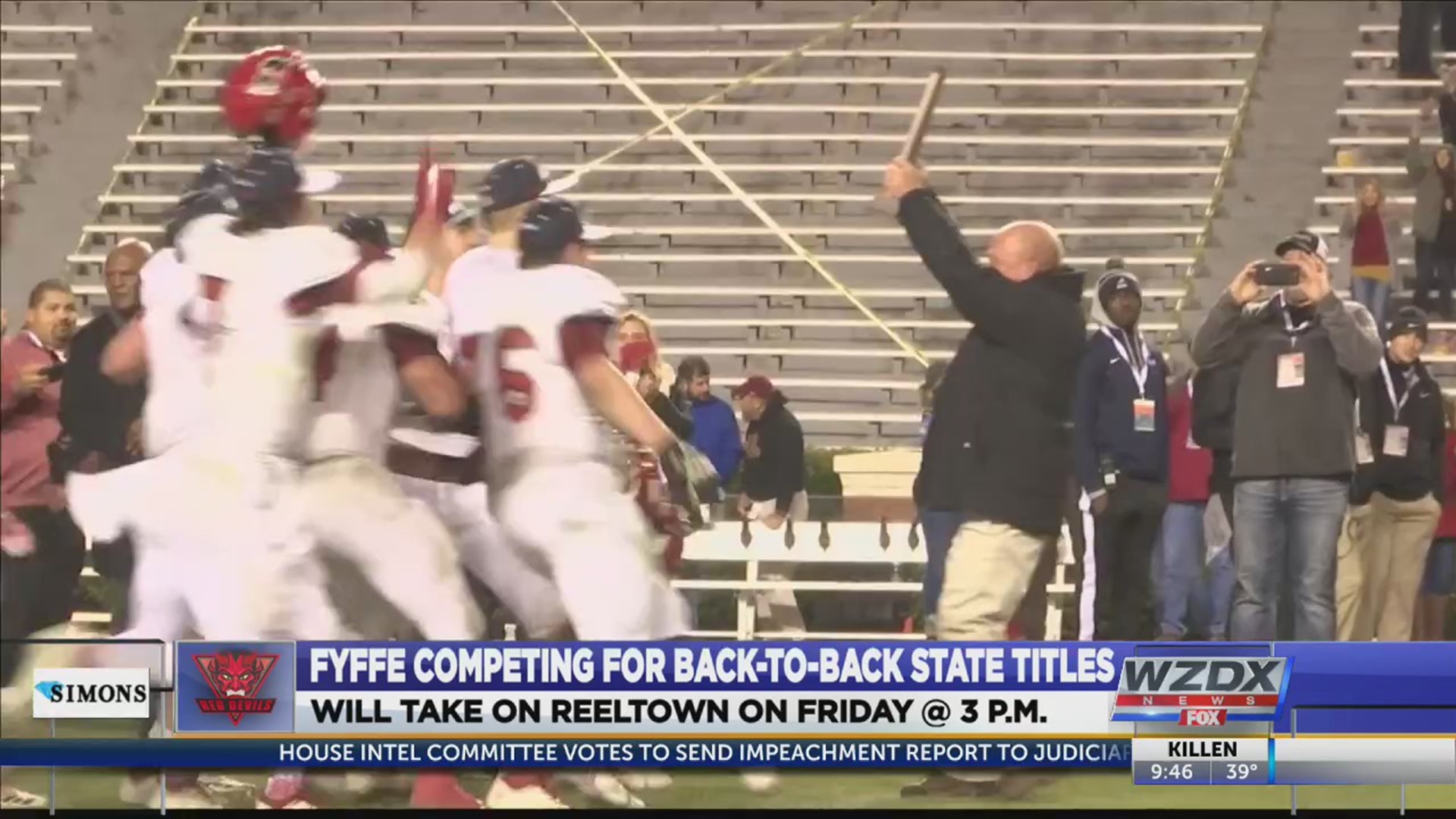 When you hear the name Fyffe when talking about high school football here in Alabama you automatically think powerhouse. This is the school that has won three state titles in the past five years and they have a chance to make it four this week as they go up against Reeltown.

“They’re very talented athletic physical too on the line a team you would expect to see in the finals,” says Coach Paul Benefield.

29 is the number of games the Fyffe red Devils have one in a row. They have a chance to make it 30 this week as they take on Reeltown in the state finals.

“Its always special. I never get to where we think we’re gonna go and you never know from one time to the next we’re really blessed here at Fyffe,” says Ty Bell.

Year after year The Red Devils are known to have great teams but this years defense has really been something special … recording 9 shutouts in 14 games.

The most anyone has scored on Fyffe in the playoffs: 7 points… As a matter of fact they shutout Collinsville last week in the semifinals.

Coach Benefield says it all comes down to the hard work his players continuously put in they’re coachable kids they watch a lot of film. no superstars everyone in the right place most of the time so we’re really proud of them. it seems like everyone’s come full circle. last years team was a really great team but it just feel like i know everyone a lot better just one extra year.

“Its really special i wouldn’t want to be anywhere else in the country its amazing.”

Coach Benefield and the players told me they hope everyone can come out and support the team. Kickoff is at 3 pm Friday against Reeltown .